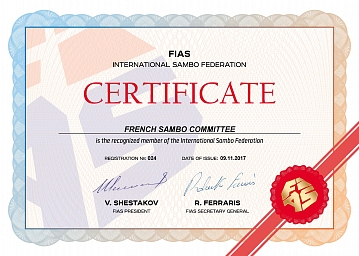 Since 1972 Sambo has been developing in France under the auspices of Federation Française de Lutte. Jean-Claude CERUTTI is a current national Chairman of Sambo. In 1985 the French Amateur Sambo Federation was founded.

Judicatory structure
30 national referees including 5 international, 15 referees, 10 sports commissioners and 10 secretaries for competitions operate for the French Committee of Sambo.