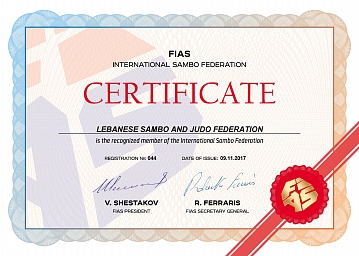 History Of Sambo in Lebanon

Sambo appeared in Lebanon in 2007. At that time Sambo was governed by the Lebanese Judo Federation and associated disciplines presided by Me. Francois SAADE.

Sambo began to develop in Jounieh, and then gradually moved to the other regions of Lebanon where judo was practiced. Lebanese Judo & Sambo Federation is in close cooperation with the Arab and West Asia Sambo Federations.