Dmitry BAZYLEV: “It’s Psychologically Challenging For Athletes To Do Without Competitions” 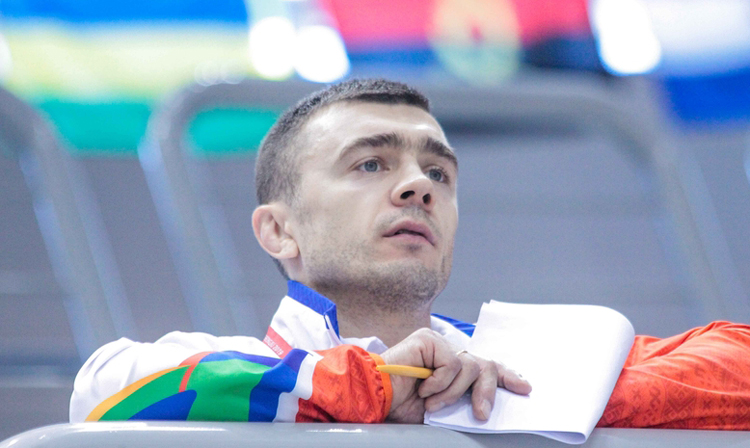 The head coach of the Belarus SAMBO team Dmitry Bazylev told reporters about the monotony of training during the pandemic and about his mission on vacation.

— Last week, the team completed their long-term training at the Olympic sports complex "Stayki", — reported Dmitry. — The training sessions turned out to be quite unusual: the athletes usually get into shape for certain tournaments, and now they have worked on their mistakes, performed special exercises aimed at recovering from injuries. The team is getting little annoyed by the uncertainty. Seemingly, the competitions should resume in a month or two. For now, we are going to rest for a couple of weeks and then again we shall come back to the training camp.

— When is the first tournament expected to take place?

— In August, we are going to stage a training camp in Russia, and then we plan to partake in an international tournament. In September, the European Championships are scheduled. Granted, with the caveat: if the pandemic permits. We believe that by this time everything should be resolved safely.

— It is rather unusual to spend a season without tournaments. How is the team feeling?

— Of course, everyone is feeling rather uncomfortable. Sport is largely the preparation and participation in competitions. Sambists psych up, brace themselves. And now the training is carried out in a more tiresome, monotonous fashion. It’s psychologically challenging for athletes to do without competitions. We did our best to guide them in the right direction, as there are all the necessary conditions at "Stayki", so you do not need to travel from home to the gym and back. The efficiency is much higher.

— Will we have a chance of seeing our seasoned fighters like Yury Rybak and Andrei Kazusionok at the competitions? Or have they retired without fanfare?

— The guys are still in the ranks, they attended the training camp, every day of it. Moreover, they’ve found themselves an additional task. Young athletes were practicing alongside the seasoned ones at the Stayki training camp. So, Kazusionok and Rybak assisted their younger teammates, prompted the subtleties of carrying out attacking and defensive techniques. Such training session requires special preparation: you pay attention to how you perform the techniques yourself, think about how to convey all the nuances. This is like reaching a new level.

- What recommendations did you give to your trainees before the vacation?

— You cannot rule out exercises, jogging, or else your shape is lost very quickly. Everyone has a sports ground, a stadium, a park nearby. I don’t worry that anyone of them would goof off. They are professionals. Although it is no less important to spend more time with one’s relatives and friends, take a break from the wrestling, do household chores, and heal injuries. How will I spend my vacation? With my wife and daughters. I want to renovate the kids’ room. The girls have grown up, so we need to change the pink wallpaper to some other color.

— In early August 2019, your appointment as the head coach of the national team was announced. Did you worry as you were just getting started?

— Why, I still worry now. Although I had been morally preparing myself to the fact that someday this could happen. Before that, I had been working as a senior coach in the team for 5 years and learned the ropes quite well. I took up my new position on August 1. Since then, my duties increased significantly. It’s great that Vyacheslav Kot who has previously headed the Belarus national team is now working as a senior coach. He prompts and helps a lot. Yet it’s hard for me to readjust myself: sometimes it’s easier to do something myself than to give a task to Vyacheslav Stepanovich.

- Your first major tournament as a commander-in-chief happened to be the World Championships. Are you satisfied with the performance of your team?

- Marina Zharskaya and Tatyana Matsko became winners, we also grabbed five silver and six bronze medals. I wish there were more gold awards, though. Probably, the II European Games consumed a lot of our energy. To reach the peak of one’s shape for the second time in a row is rather difficult. Not that I was worried unduly about this. On the whole, when something does not work out as expected, I immediately start analyzing my work. And the athletes have their own demons in their heads.

- As an athlete, you had won the World Championships six times. How did you deal with your own demons back then?

- Sometimes I fell into the same trap a few times before I was able to correct my mistake. I remember I was unwilling to forgo the major starts of the season, the European and World Championships. Hence I did not pay much attention to my injuries that were further aggravated. This resulted in some serious problems with my back.

- Coaching is a hard work. Are there times when you enjoy the process?

- At first I was just adapting to the new area of activity. To do this, you have to kill the athlete in yourself, in order to sincerely invest all the best things that you know in your guys, to correct their mistakes. Satisfaction comes with success gained at major tournaments, from awards won by your team. But competitions give food for thought, as well: you notice what you need to brush up, to amend, to seek for in the process of further preparation.