Online Sambo Cup (Asia) Results and Interviews of the Finalists 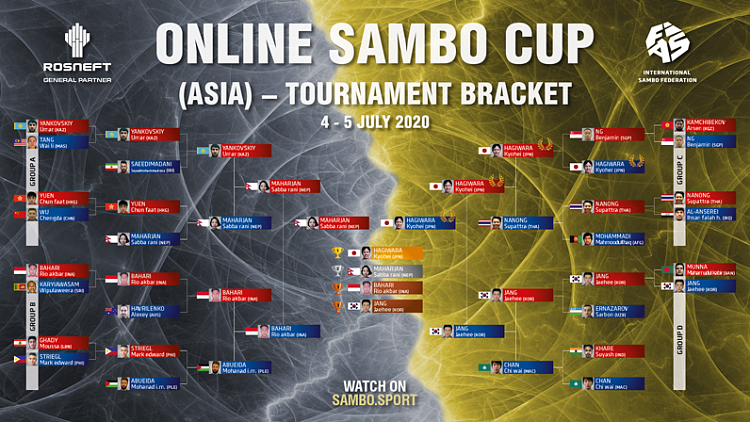 The first ever Online Sambo Cup, where Asian SAMBO representatives competed, was held on July 4-5. The competition was attended by 23 athletes who fought among themselves for a cash prize from the general partner of the tournament, Rosneft oil company. Following the results of all the fights, sambist from Nepal Sabba Rani Maharjan and athlete from Japan Kyohei Hagiwara reached the final. In the decisive battle, the Japan athlete became the winner of the tournament. After the match the finalists shared their emotions in an interview with the FIAS website. 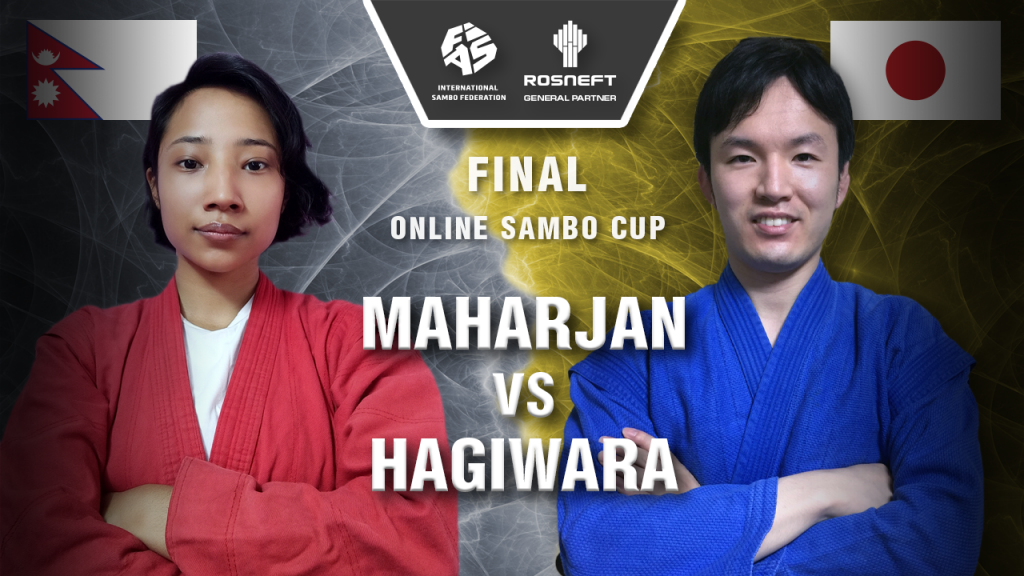 “Before the tournament start, I did not believe that I could win, so now I do experience very strong emotions. In preparation for the competition, I carefully watched the fights in Europe and Asia, tried to remember the figures and names of the techniques, choose the right strategy, I think this was the most useful thing for me to do.

I really enjoyed the new online SAMBO format, it is really fascinating and exciting. With the Super Cup ahead, there comes a new goal! “

“I lost in the finals, because I decided to skip my move and not take risks, although I was guessing right what particular technique was concealed behind the cards. This was my mistake. Nonetheless, the participation in the finals is also a valuable experience, also a success, as it gives the right to compete in the Super Cup.

I really liked this competition format, as it not only brings new bright emotions but also lets sambists worldwide unite and support each other, which is very important during the global outbreak of the coronavirus. Another valuable benefit of this online format is the chance for its participants to keep their physical and mental fitness.

The Super Cup will take place in two weeks, and I am really willing to win. In the future, I’d like to become one of the top sambists in the world. Well, and after retiring from sport, I want to stay with FIAS, for example, as a referee.” 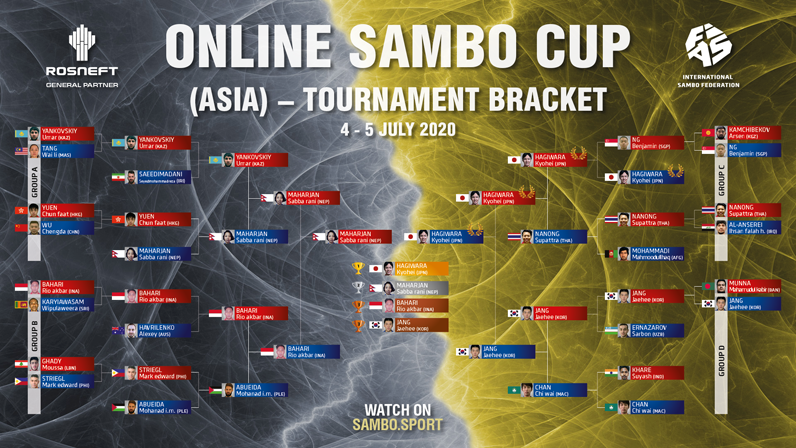 Online SAMBO Cup will be conducted in a series of stages: June 20-21 — on the European continent, June 27 — in Africa, July 4-5 — in Asia, July 11-12 — in the Americas. By the results of the continental tournaments, it is planned to stage super finals, in which the finalists of the continental stages will partake. These superfinals are scheduled for July 19.

Everyone interested will be able to watch the matches broadcast on the FIAS web resources, such as the official FIAS website www.sambo.sport, Facebook and the SAMBOFIAS Youtube channel. General partner of the event is Rosneft oil company.