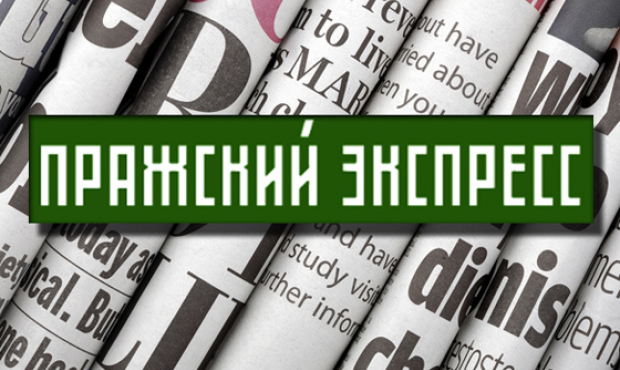 An attempt to illegally takeover the International SAMBO Federation remains a hot topic among the journalists all over the world.

"Pavel Gorodnov, vice-president of the Czech Federation of Sambo, rather than to develop the sport in the Czech Republic, in a few years managed to discredit it "- said the Czech politician, Mayor of Milovice and the head of the Czech Union of Sambo Lucas Piltz. In hour and a half of our conversation with Piltz, I realized how much this non-Russian man is partial to Russian sport, how much he personally has done and continues to do to promote sambo in his native Czech Republic, and how much time and opportunities has been lost because of the non-recognition of the Czech Union of Sambo by the parent organization.

Over time, everyone who was at the forefront of Sambo Federation had left her. Igor Moravec created Czech Union of Sambo, especially since he has a sports base for that. Later he transferred his powers to Lukas Piltz. Also arose "Combat Sambo." Around the same time arose a question of membership in the European Sambo Federation, which brings together national unions. In Lithuania for recognition went Piltz and Gorodnov as well. With several clubs and more opportunities for the development of sambo, Piltz, even the night before the elections hoped for success. But supportive of Piltz the day before president of the European Sambo Federation Sergey Eliseev in the morning changed his mind and favor including of Sambo Federation of the Czech Republic under the leadership of Pavel Gorodnov to the European federation. This is how a few years ago the Sambo Federation was recognized as a key organization in the Czech Republic in this sport.

Czech Union of Sambo did not give up and, leading an active coaching and carrying out competitions for several years sought recognition from the European federation. Czech Union of Sambo, unlike the Federation, is a member of the Association of martial arts of the Czech Republic and recognized by Czech State Sports Committee (?eský svaz t?lovýchovy a sportu). But the European Federation for some reason was not satisfied with State Sports Committee recognition they needed recognition from the Czech Ministry of Sport, which does not exist in the Czech Republic and its functions in the Ministry of Education and Sports of the Czech Republic carried out precisely by the State Sports Committee. But the lack of recognition of the Czech Union did not deny the possibility of participation of its athletes in various competitions, as well as carrying out tournaments at home. Conducted in Prague in 2009 the tournament "Milovitsky Gladiator" and in 2010 "Combat Sambo-Gladiator" with participation of famous Russian sambists received enormous positive feedback. Sports channel of Czech Television have a large coverage of these events. It has played a huge role to promote sambo in the Czech Republic. Sambo Federation under the leadership of Gorodnov also held a number of tournaments in which he, for lack of other, throwing all the forces of "Inform Prague" to media-cover, but tournaments remained thing in itself. In fact, the organization not recognized by any of the authorities in the host country, officially represents Czech Republic on the international stage. And the leadership of the European Federation for some reasons known only to it all that time turns a blind eye to this fact.

If you ask the basic question: which of the two organizations capable of making a greater contribution to the main task of sambo - to become an Olympic sport - an unequivocal answer is obvious: the one that at home. The one, whose president is a citizen of the country and the EU, has a political status, connections and opportunities. The one that undertake systematic training of athletes; works with young people. However, during the June sambo congress report-back election this year in Italy, Czech Union of Sambo again did not receive enough votes from members of the European Federation and again did not get into sambo mainstream. "Yes, we have been invited to participate in the World Cup - said Piltz – but it is impossible to seriously develop any sport without being able to represent it by national team on the international stage. In judo, for example, it is simply not possible that the country is represented by the two organizations. I really love sambo, and I think this sport is the best of the martial arts, but time is running out, and in the Czech Republic sambo is associated with Gorodnov, and frequently given the label of "Russian sports = mafia" - says Lukasz Piltz.

For comments, we approached Sergey Eliseev, president of the European Sambo Federation and Vice President of FIAS.

"The group of several people wanted to take over FIAS with false documents, they are self-appointed leaders. Among them is Pavel Gorodnov. We trusted this man, although he always knew that he was not sambist, helped him, and he became a member of this conspiracy. At the next Congress, we plan to exclude Sambo Federation of the Czech Republic from the European Federation for numerous violations; the team from the Czech Republic does not participate in the competitions for a long time. Sambo in the Czech Republic does not develop. We will cooperate with the Czech Union of Sambo. And with regard to forgery of documents - a criminal case initiated in Switzerland, and all who are involved in this will answer for their actions under the law, "- he said.