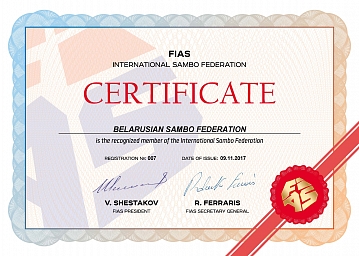 The employee of the City Governing Body of Militia Mikhail Lunas was the initiator of the Sambo development in the Belorussian SSR. He has participated for the first time in the Sambo training camp held in Moscow.

In 1946 Mikhail Lunas started to form the Sambo section.
In 1947 he organized the first educational and training camp to study methods of teaching Sambo and Sambo practice.