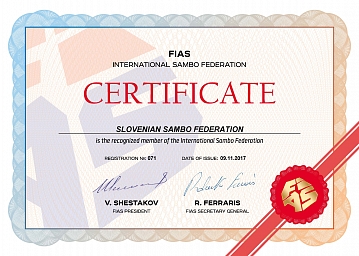 Also in the middle of June the international tournament "Slovenian Open" for all ages (cadets, juniors, youth and adults) is held. In the year of the 75th anniversary of Sambo the Federation held demonstrations of sambo in more than 20 secondary schools in various cities and towns of the country.

As far as possible every year the Federation tries to take part in the European and World Championships.

1. Polona Lampe, bronze medal at the Universiade 2013 in Kazan