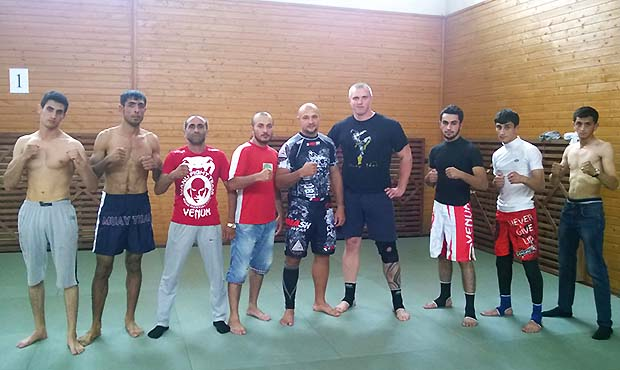 Athletes of one of the strongest Azerbaijani clubs in Combat SAMBO and MMA East Fighters made a friendly visit and trained on the basis of the Belarusian Liga Fight Club, which Combat SAMBO athletes are engaged in.

While preparing athletes from Azerbaijan headed by Ramin Ibrahimov, Director of their Club, learned original methodology of the training process at the Liga Fight Club. Training sparrings were held among fighters of the Liga and East Fighters in the course of which athletes exchanged their technique and experience.

It has already become a good tradition for athletes from different countries to attend the Liga Fight Club. On the basis of the club athletes from clubs of Russia, Ukraine, Kazakhstan, Tajikistan, Hungary, Canada and China have already trained.