SAMBO Demonstration of Visually Impaired Sportsmen was held in Tyumen 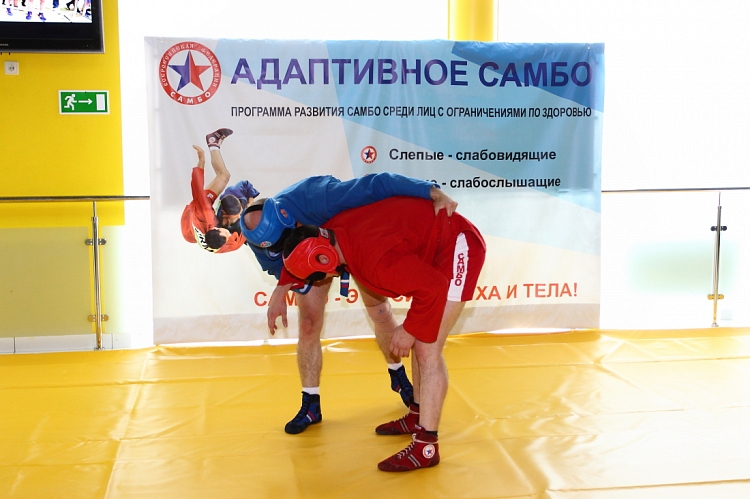 Demonstration of the possibilities of adaptive SAMBO in the "SAMBO for the Blind and Visually Impaired" division was held on June 1 in Tyumen, within the framework of the "SAMBO Days in the Urals" sporting event.

Under the supervision of the senior coach of the Russian SAMBO team among the Visually Impaired Viktor Ignatenko, sambists Andrey Demidov and Dmitry Samokhvalov staged a demonstration performance, showing a piece of special equipment for the blind SAMBO athletes – the blindfold helmets that should guarantee fair competition between totally blind and partially sighted athletes. The demonstration was held with the assistance of Nikolay Mytsik, chairman of the Tyumen regional branch of the All-Russian SAMBO Federation. 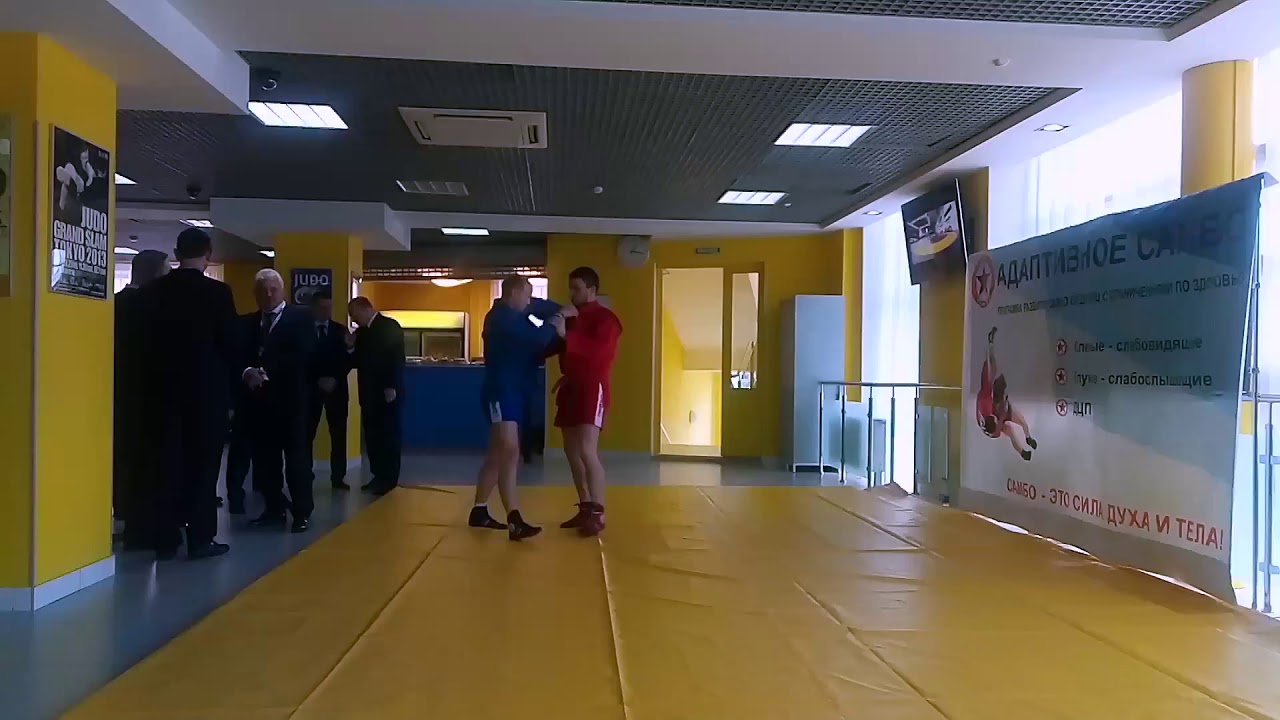 ‘Here in Tyumen Oblast, it is planned to perfect a technology for incorporating SAMBO for the Blind into the process of social adaptation and physical development of the target audience of this initiative,’ explained Roman Novikov, the Head of the Commission for Promotion of SAMBO among the Visually Impaired and the Blind of the All-Russian SAMBO Federation. ‘The Urals will become a federal platform, a growth area for SAMBO for the Blind in terms of developing its procedures and strategy, drawing up the so-called ‘roadmap’ for the development and elaboration of technologies that will be implemented in Russia and in other countries worldwide. Our goal is to hold the World SAMBO Championships among the Visually Impaired as soon as in 2020.’ 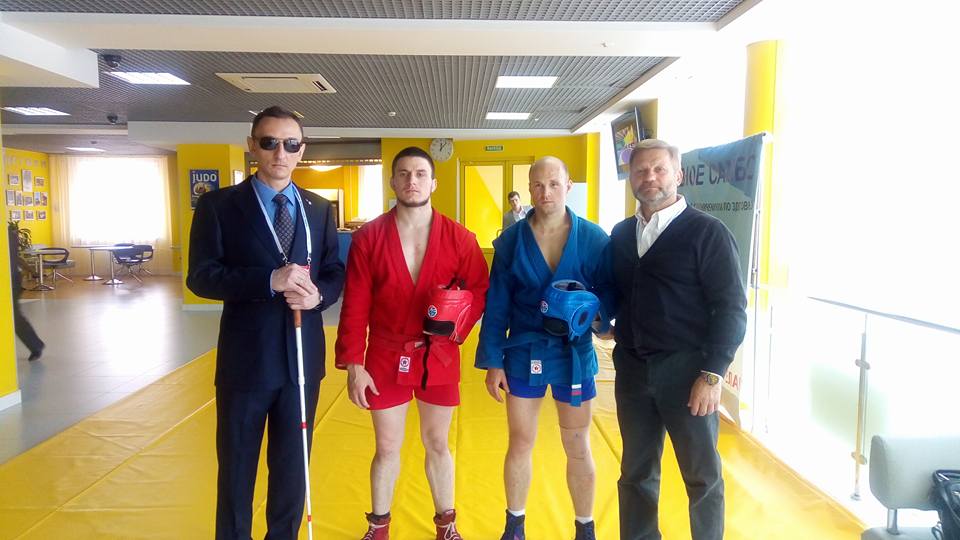 In the course of the “SAMBO Days in the Urals” work program Roman Novikov, Viktor Ignatenko, and the members of the demonstration team also visited the FSOOGT “SAMBO-72” sports centre in Tyumen, where the special class for the visually impaired sambists was established in May 2017.

The head of “SAMBO-72” centre Andrei Chikishev took his guests for a tour around the place showing the well-equipped wrestling halls and a gym where the blind and visually impaired sambists train for free, and where the athletes are preparing for the forthcoming All-Russian SAMBO Championships among the Visually Impaired that will take place in Sochi on November 23-26.