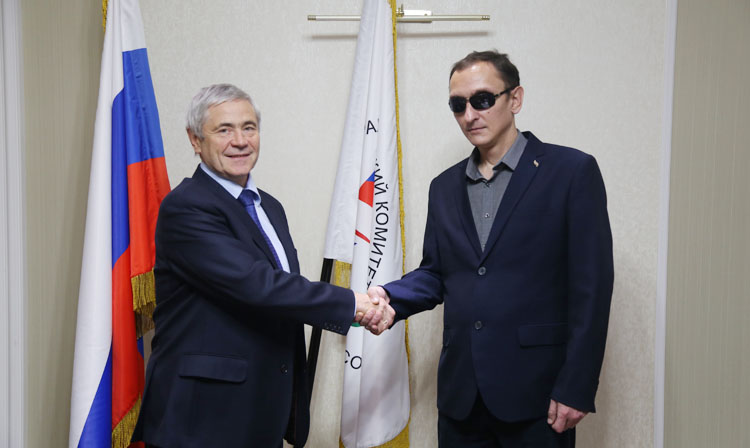 “The meeting was intense and fruitful, a number of issues were outlined, on which both sides agreed to closely cooperate within their competences in order to systematically promote SAMBO among blind and visually impaired wrestlers at the international level. The meeting resulted in the decision to sign an agreement between the Russian Paralympic Committee and the Sambo of the Blind Charitable Foundation,” Roman Novikov said.