Did you see it?
31 August 2018 Aleksandr Solomahin 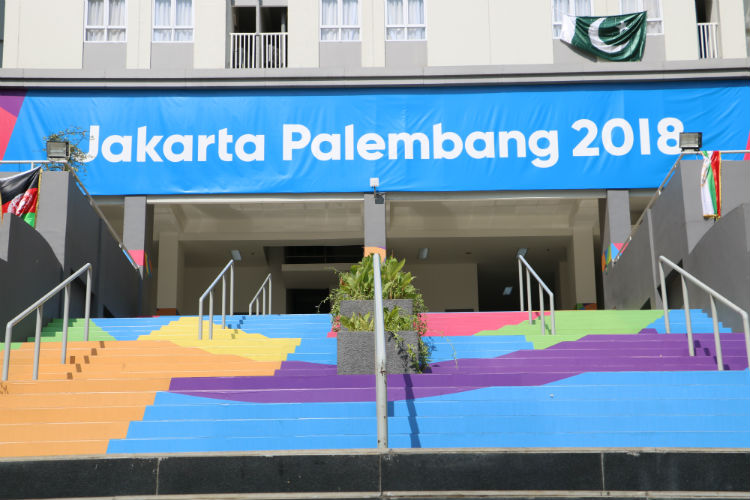 The XVIII Asian Games in Indonesia have become historical for SAMBO, as this sport was included in the "continental Olympics" for the first time ever. Competitions among men and women will take place from August 31 to September 1, and while the athletes are engaged in preparations, the FIAS website set off for a walk around the sports village of the Games in Jakarta, where sambists along with the athletes representing other kinds of sport live. 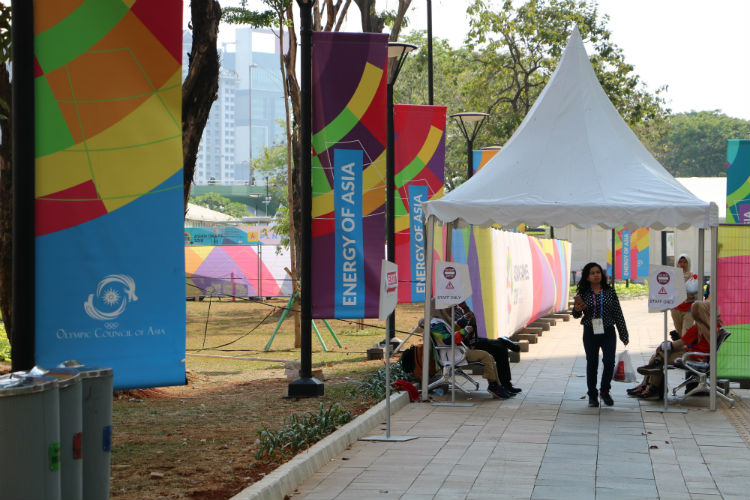 To get to the village of athletes, you need to pass through several checkpoints. Athletes do it quite easily, while all the rest ought to get a temporary pass. 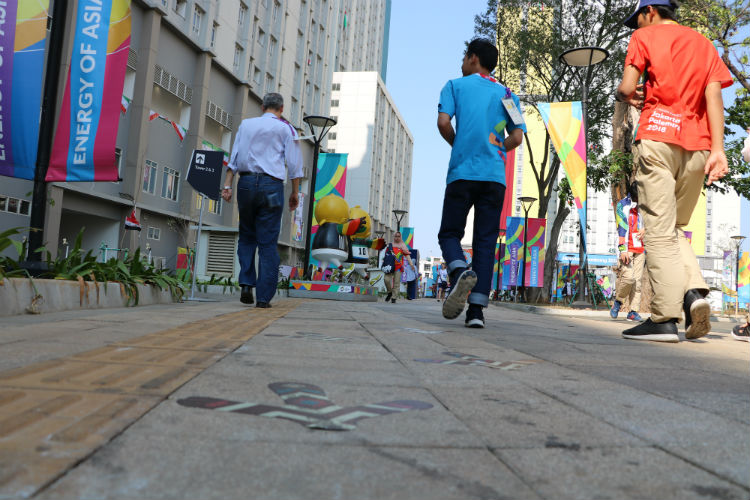 There are plenty of places within the village territory to take a good walk around, and if one gets lost, he can follow the footprints left on the sidewalks by one of the Games mascots. 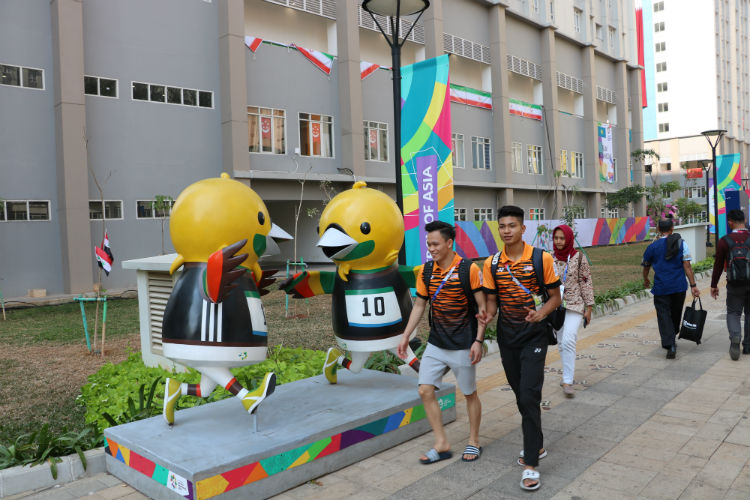 The mascots themselves can be found here, too. They say that during the Asian Games, mascot figures are giving more photo shoots than some popular show business stars. 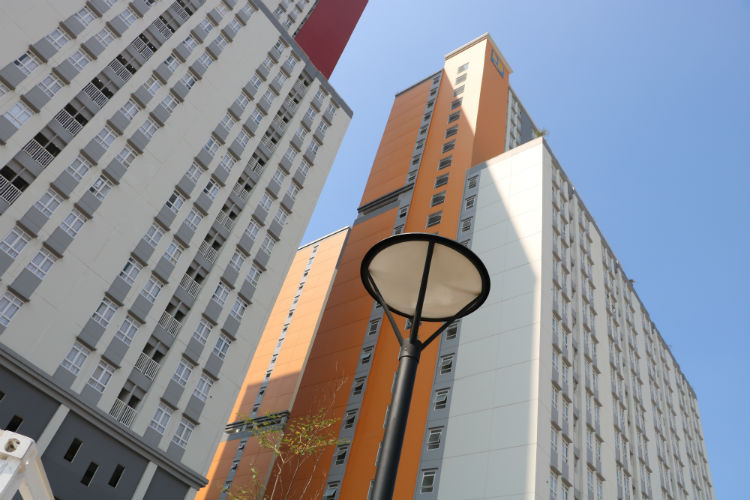 Athletes live in high, lovely buildings. If you can’t grasp the logic of moving around them on the first try, the local staff would be happy to guide you. 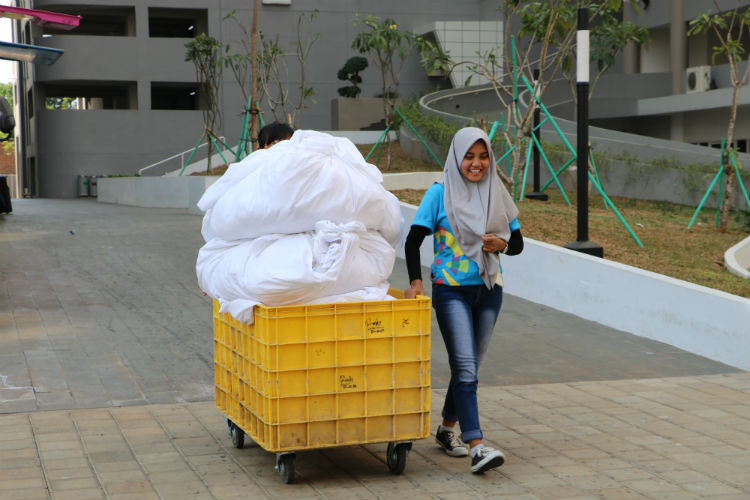 Nothing should distract the future champions from the preparations to the starts, so all the washing and cleaning around here is done by professionals in the field. 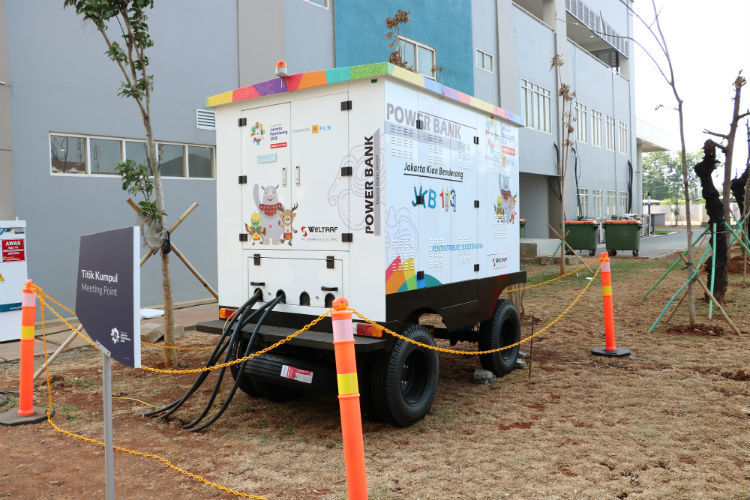 No troubles with electric power supply occurred so far. This issue had been taken care of in time. 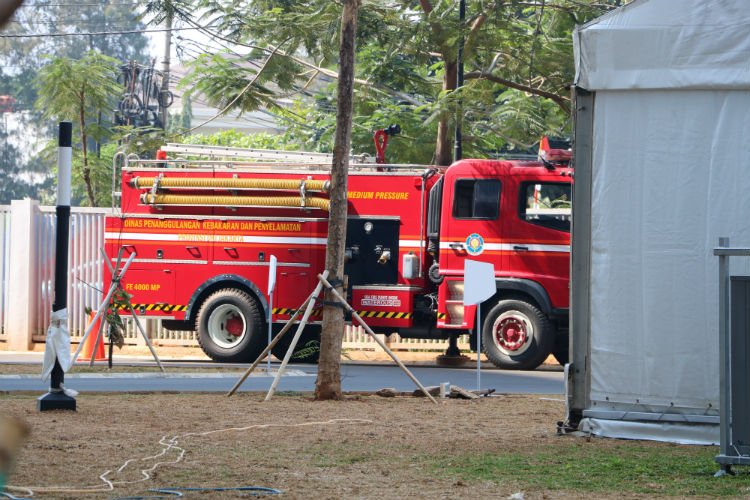 Just in case, the fire engine is always at action stations. Reportedly, the firefighters are able to deploy their equipment in a few minutes or even seconds. 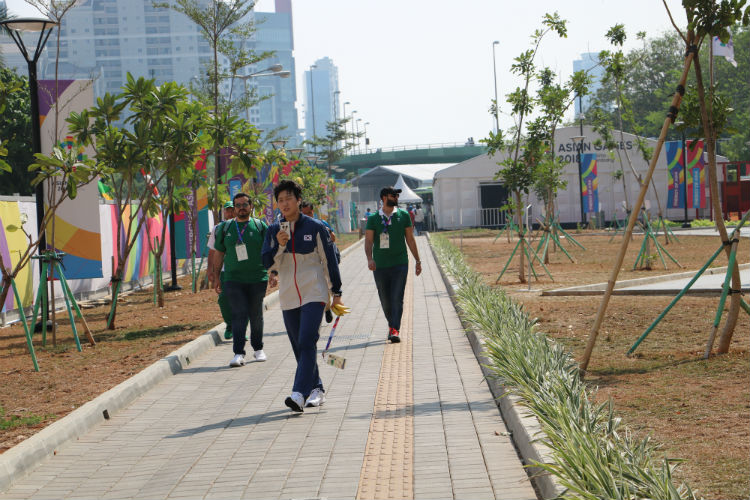 However, everything is pretty quiet in the village, with everyone being engaged in their own affairs, moving around either on foot... 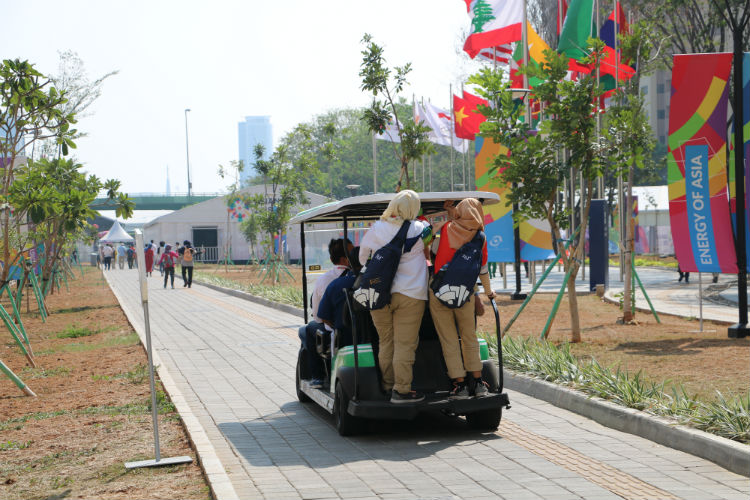 ... or by using special means of transportation. 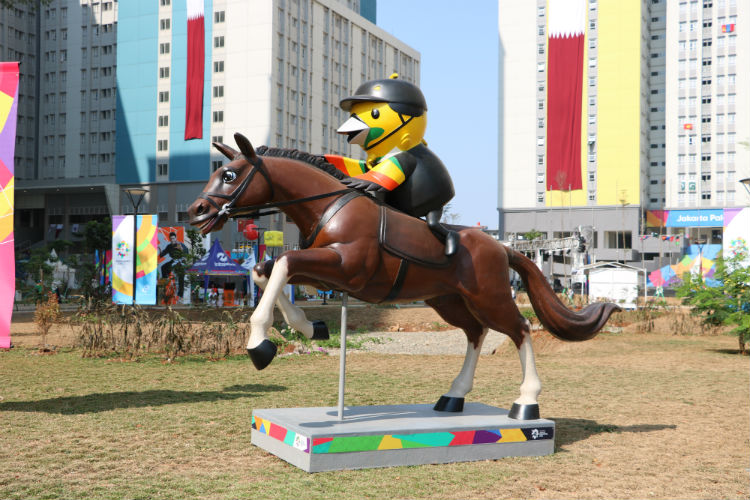 But the Mascot of the Games solely is allowed to ride horses. 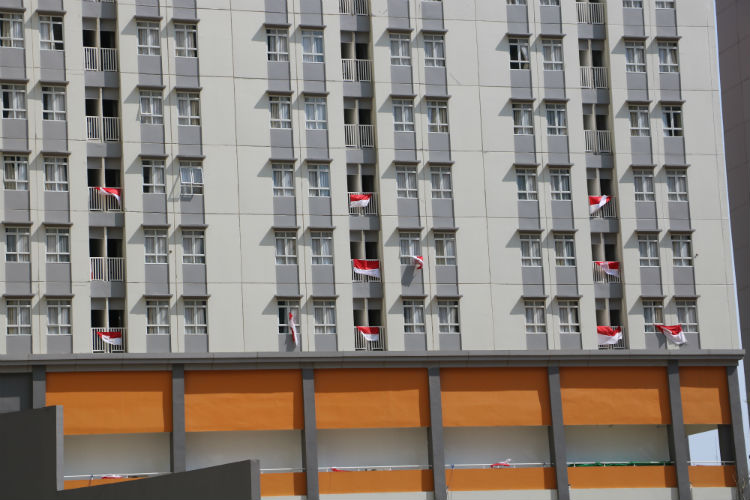 By national flags flying over the balconies, one can easily identify who is living in this or that section. 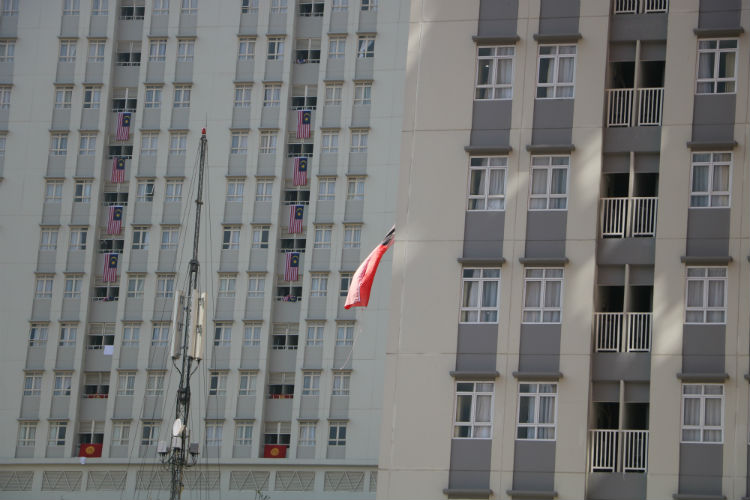 And on which floor, too. 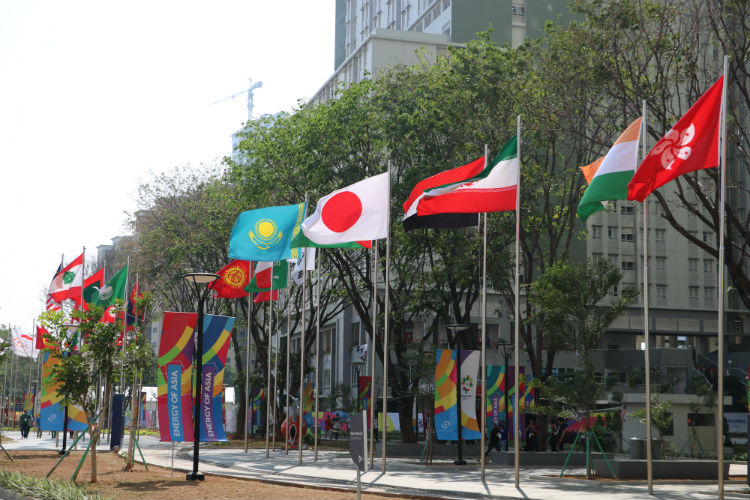 And indeed, the village is brimming over with flags. 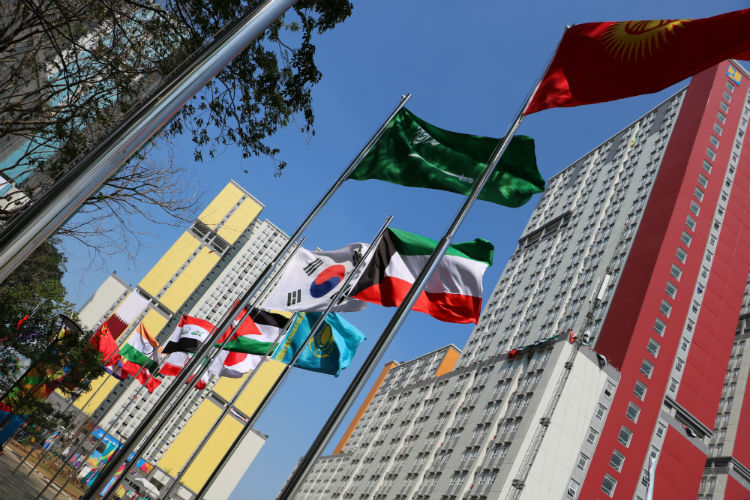 Flags are as numerous as the countries participating in the Asian Games. Representatives of 18 countries will take part in SAMBO tournament. 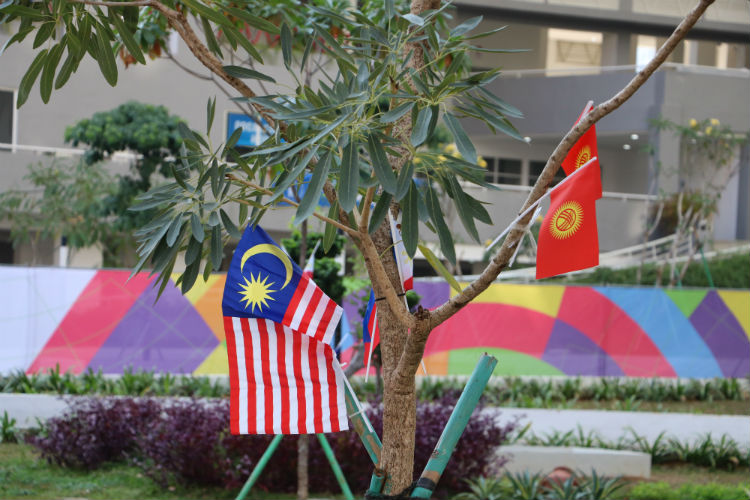 But even such inordinate amount of national symbols seems to be rather insufficient for the participants, so they are eager to decorate all available spaces, including bushes and trees, with their national colors. 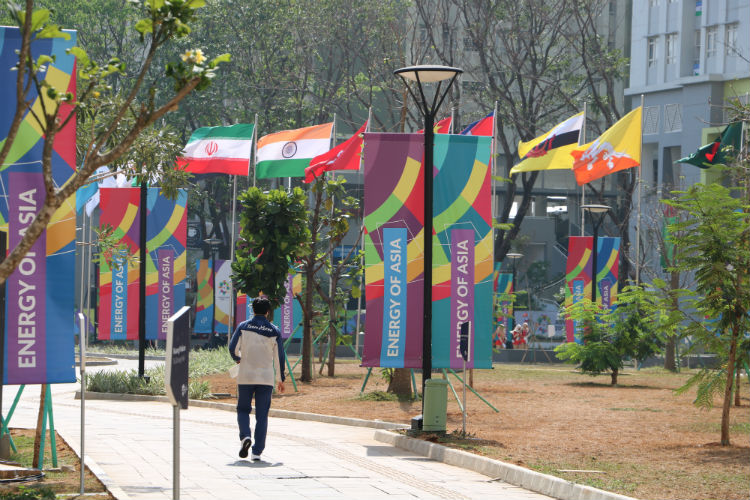 The motto of the Games is "Energy of Asia". And it is really in the air, it`s is being felt everywhere. 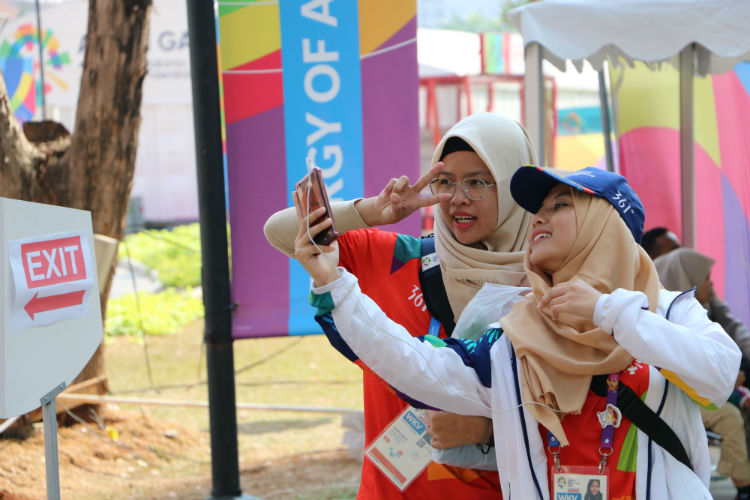 Smiles and high spirits accompany all the participants of the event. Little wonder one can’t help taking a selfie on his smartphone ... 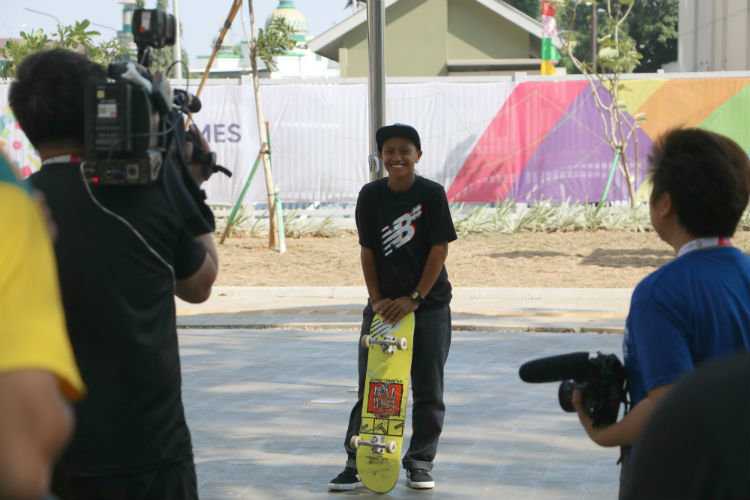 ... meanwhile, some other person is being filmed for television ads. 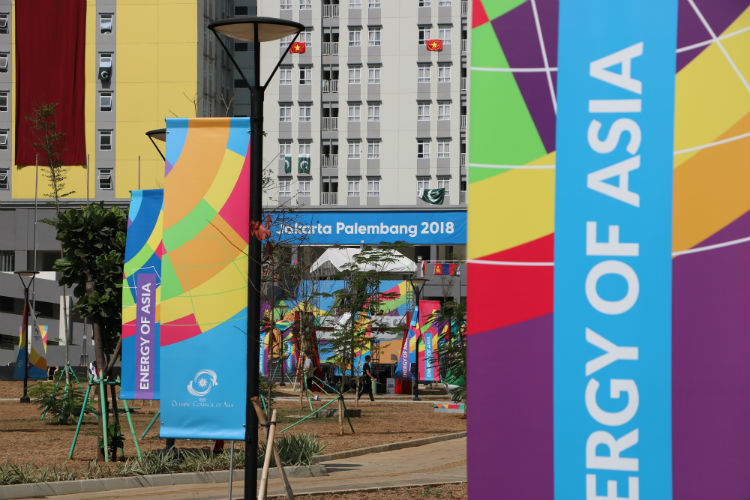 And while the life of the village of athletes was running its usual course... 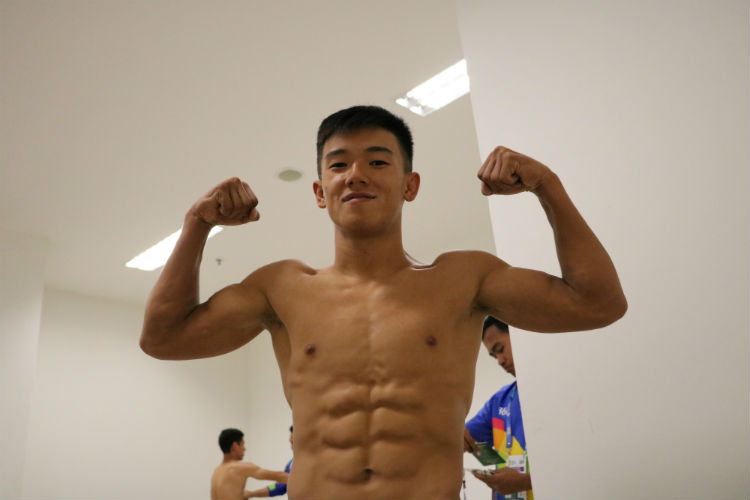 ...the sambists proceeded with a weigh-in of the participants of the first day of competitions followed by a draw. Only a few hours remain before the start of the first fights.