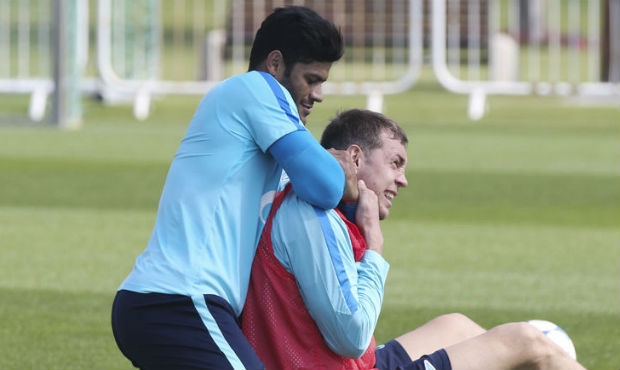 Russian striker Artyom Dzyuba from FC Zenit (St. Petersburg) talked about an episode that occurred during a workout when team striker Hulk came up and started to choke him.

"He just struck from behind, and tried to carry out some kind of jiu jitsu move. In fact, I would gladly fight him. We are in roughly the same weight category. The main thing would be not right after a workout, as he is too sweaty. I would just slip on him, and that would be unfair. If he wants, rather than his jiu jitsu, I could show him some Russian SAMBO and choke him. However, I'd be afraid to crush him," commented Dzyuba.