Medals at the President's SAMBO Cup in Edinburgh 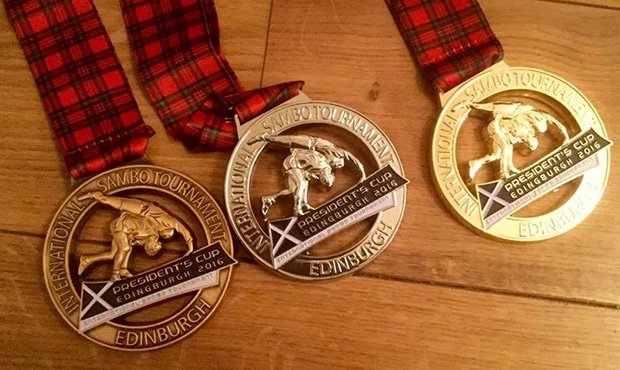 The President's SAMBO Cup will take place in Edinburgh, Scotland, on September 24, with the support of Rosneft. Teams from Italy, Spain, France, Holland, Ghana, and Commonwealth countries along with the Scottish hosts of the tournament will fight for the main prize – the gem-incrusted Challenge Cup of almost 10 kg. And if the Cup may move from one team to another from year to year, medals and champion combat SAMBO belt of the Grand Slam will stay with the winners forever. In Edinburgh, they will be: