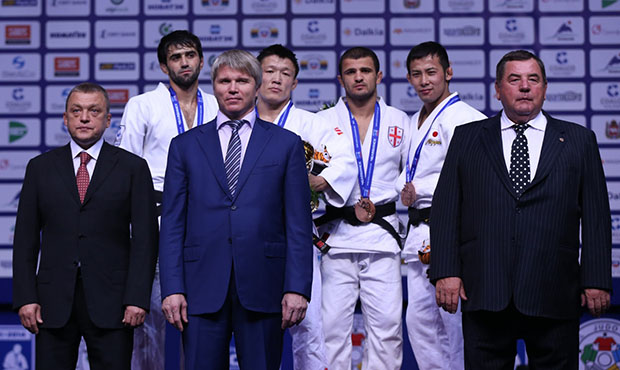 Vasiliy Shestakov, President of the International Sambo Federation, has awarded the winner and medalists of the 2014 World Judo Championship which is being held these days in the Russian city of Chelyabinsk. The World Championship is the most important tournament (besides the Olympic Games) for all judokas. These days the entire world of the sambo-related sport has gathered in Chelyabinsk – the city which is hosting such a large judo tournament for the first time in the Russia’s contemporary history.