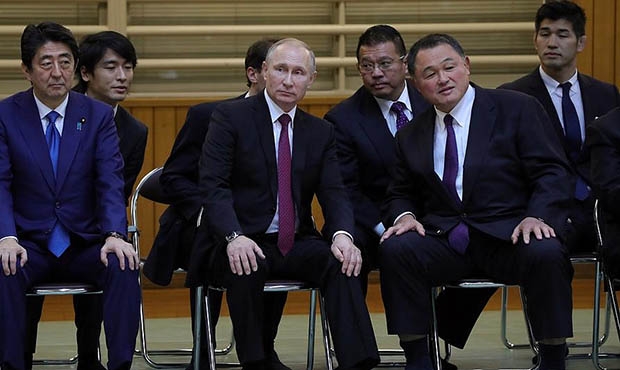 During a visit to Japan, Russian President Vladimir Putin visited the Kodokan Martial Arts Center, where he watched exhibition performances by the athletes. 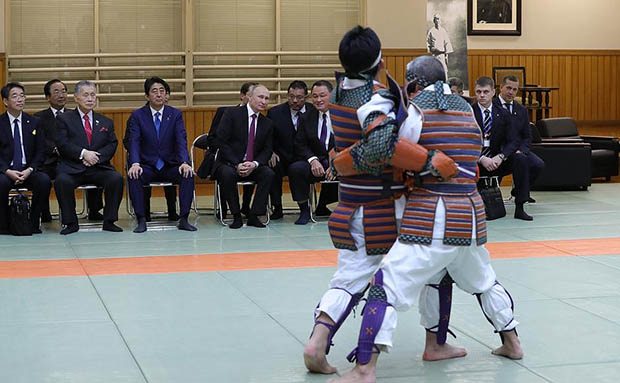 The President also spoke with Yasuhiro Yamashita, Vice President of the All-Japan Judo Federation and Olympic judo champion, and his student and assistant Nobuyuki Asai, Vice President of the Japan SAMBO Federation and a member of the FIAS Executive Committee. As Asai told the FIAS website, he and Vladimir Putin had an opportunity to discuss the development of SAMBO in Japan, and, in particular, the upcoming Russian President's SAMBO Cup. Nobuyuki Asai is the Chairman of the Organizing Committee for the Cup, which will be held next year for the 5th time. 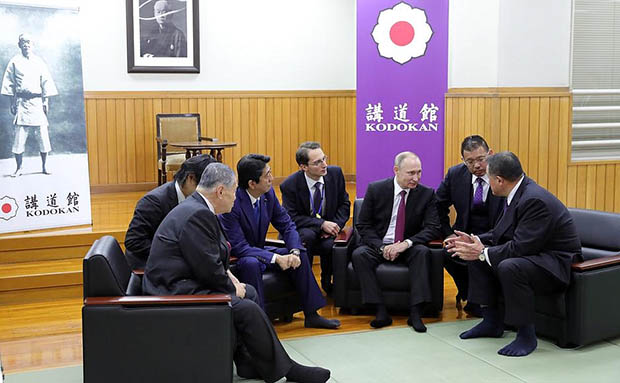