SAMBO helped me survive the war. "I should have been killed six times during hand-to-hand combat" 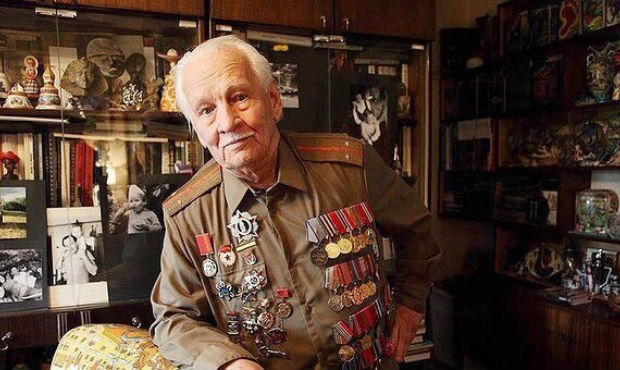 Yury Trankvillitsky, lieutenant of the guard, commander of a front-line reconnaissance platoon. His life was full of victories and awards, but he considers the fact that he managed to survive the hell of the trenches of World War II his greatest achievement.

And SAMBO, which he began to practice as a boy under the direction of Anatoly Kharlampiev, helped him do this.

– Yury Nikolaevich, how did you end up in the SAMBO section?

– I was in grade four, when an older student nicknamed Boar approached me during a break and roughly threw me on the floor. He was in grade eight and liked to beat up on younger students. Falling in front of my classmates was shameful. A tenth-grader passing by chased Boar away and asked me if I wanted to learn how to hit back.

I said sure. He said I should go to the Krylia Sovetov sports club (Krylyshki), look for Kharlampiev there and register in his section. That's how I started practicing SAMBO in 1938.

After several months, I marched right up to Boar and told him: "Defend yourself!" Then I did an undercut. At school they started saying I practiced some kind of secret defensive wrestling, and decided to leave me alone.

As we were liberating a Belorussian village, a fascist suddenly jumped on me from a roof. He was heavy. I landed face down in sticky clay and began to choke. His fingers were like nails. As I lost consciousness, I managed to push one of his arms away and broke his elbow. He screamed, and in the heat of the fight, I broke his other arm. My greatest achievements as a sambist were defeating six fascists in hand‑to‑hand combat.

In 1945, even before the war ended, I started training at Dinamo. My right hand didn't work, but I kept on massaging it, and it finally began working. I started training gradually. I did somersaults and warmups. I even won second prize at a championship in Moscow in 1946.

After the battlefield, I stopped being afraid of hoodlums. I'm still not afraid of them.

War and SAMBO are inseparable for me. If I hadn't practiced SAMBO before the war, I wouldn't be talking to you now. I should have been killed six times during hand-to-hand combat, but somehow I survived because I knew the holds. SAMBO is my religion, and nothing will change that. Kharlampiev and Chumakov were my coaches, and during difficult moments in my life I always remember them.