Alamjon Mullaev: "Speaking About Promotion of SAMBO on the Continent, Much Will Depend On How We Prove Ourselves At The Asian Games" 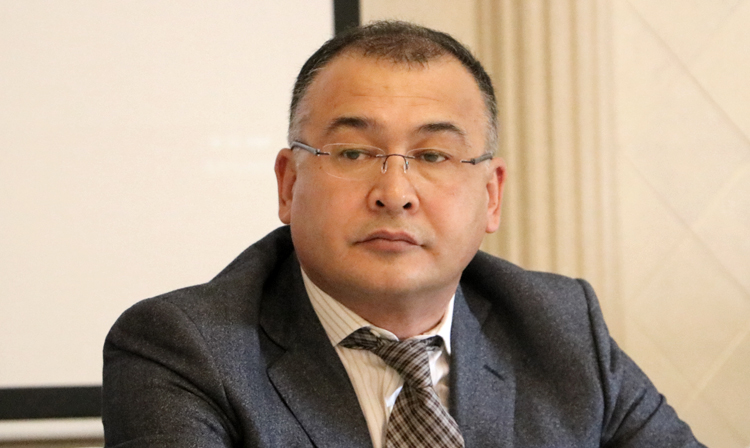 President of the SAMBO Union of Asia (SUA) Alamjon Mullaev shared in his interview to the FIAS website the reasons why Mongolia had become the host of the 2018 Asian SAMBO Championships, which tournaments will be held on the Asian continent in the near future, and at what sporting event SAMBO should prove itself well for the successful promotion of the martial art in the future.

– The 2018 Asian Championships were held in the jubilee year - the Mongolian SAMBO celebrates its 50th anniversary. We could not ignore such a significant milestone, and therefore Mongolia was chosen as the host country for the continental championships. This country abounds in strong athletes who have been showing good results over the years. And the fact that the incumbent president of the country, Khaltmaagiin Battulga, is a former world SAMBO champion, gives impetus to the development of our sport in Mongolia. One other significant date should be noted – this year’s continental tournament was the 25th in the history of the competition. These are memorable dates.

– This year, several other major large-scale sporting events will be held in Asia.

– Indeed, at the meeting of the Congress of the SAMBO Union of Asia we discussed these issues. First I would like to mention the inclusion of SAMBO in the World Nomad Games in Kyrgyzstan. These are biannual multi-sport competitions, and more than 100 countries participate in them. The inclusion of SAMBO in the program of these Games indicates a great interest in the sport on the Asian continent.

And, of course, a pearl among our continental competitions will be held this year in Indonesia - the Asian Games that will feature a SAMBO tournament in their program for the first time in history. We are intensively preparing for this event, and at the Congress, we’ve been talking a lot about refereeing, about technical aspects of organizing and holding this tournament. Speaking about promotion of SAMBO on the continent, much will depend on how we prove ourselves at the Asian Games, thus a great deal of attention is given to the preparations at the moment. I believe that SAMBO will take a rightful place in these multi-sport competitions, and we work very hard towards this aim.

– Following the results of the SUA Congress, rumor has it that the next Asian SAMBO Championships will take place in Chinese Taipei...

– Continental SAMBO Championships in the Asian continent were most often held in a small number of the post-Soviet countries. Today, we are breaking out into the other states of the continent. This suggests that the inclusion of SAMBO in all multisport competitions in Asia and the rapid development of our martial art, that all these factors give a great impetus for its growth. Many states want to host these championships in order to develop this sport in their country and to attract to SAMBO as many people as possible. Chinese Taipei actively participates in the promotion of SAMBO and wants to host the tournament, which is a telling sign that indicates our persistent growth.