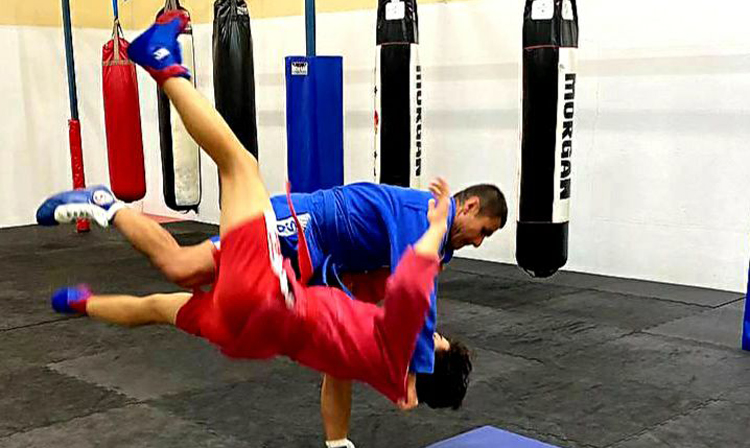 At the beginning of April, the International SAMBO Federation tested a mixed (online plus offline) certification format for specialists in Brazil, and at the end of the same month, for the first time in history, it conducted certification of SAMBO coaches from Australia completely online. Details about the features, results and prospects of the new approach to certification can be found in the review of the FIAS website.

“We announced in advance that this is a special format for passing the exam and only those who are really capable of applying for the title of 1st level coach should take part,” says FIAS sports director Dmitry Maksimov.

According to him, the National SAMBO Federation of Australia received many applications from those wishing to take part in the certification. Only 7 specialists passed the selection process on the ground.

The lucky ones who managed to get into the coveted list met with their mentors and future examiners via online video link. FIAS Executive Director Sergey Tabakov and FIAS Sports Director Dmitry Maksimov conducted an introductory theoretical lesson for Australian coaches and provided them with methodological materials, including the necessary photos and videos. Further, all preparations for the seminar were carried out by the participants independently – in accordance with the Regulations. 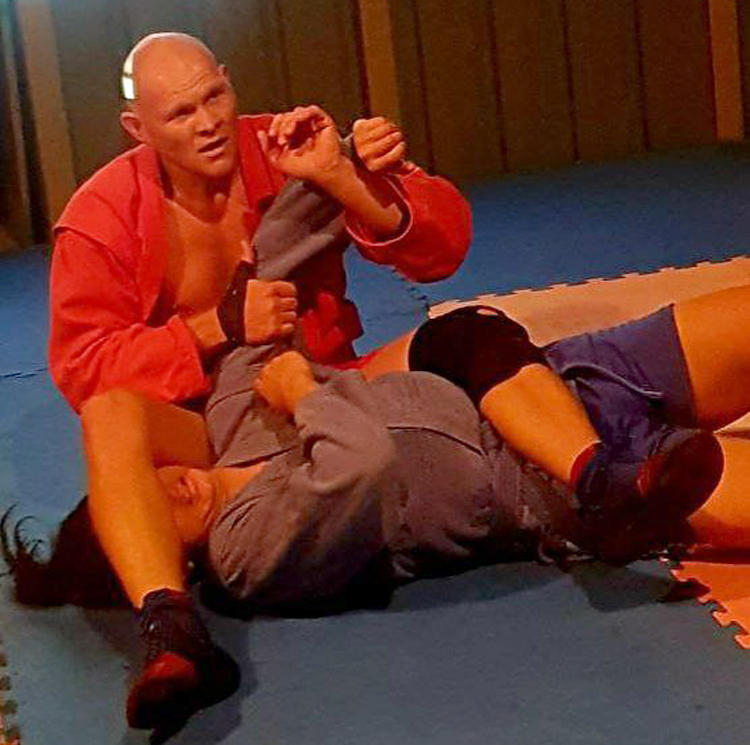 “On the eve of the certification, an online briefing took place, where we spoke in detail about the process of conducting the certification exam. It was important to explain in advance the order of actions during the final exam in order to remove unnecessary worries from the participants and give them the opportunity to focus directly on the tickets,” Dmitry Maksimov explains.

One of the coaches was injured on the eve of the exam, so only 6 people were allowed to take the test. Certification took place in two stages: practice and theory. Each specialist took the exam from his club in his city and strictly at the time allotted to him, entering the online video conference using an individual link. 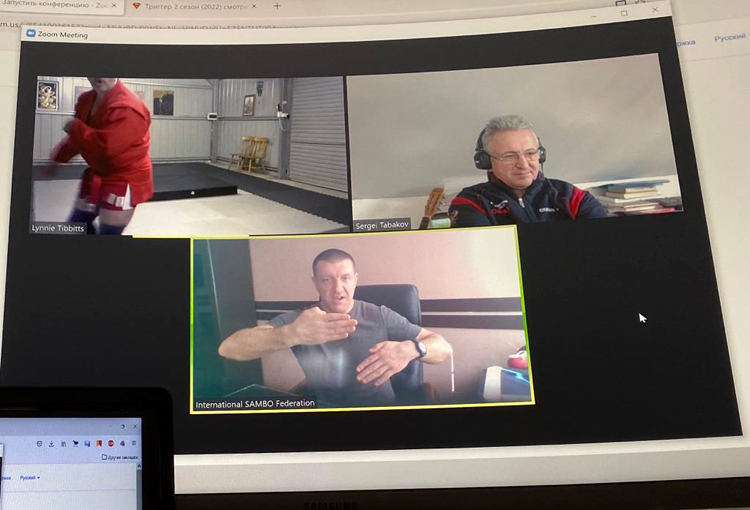 “As we noticeв, the emotions during the online exam are not at all less, and perhaps even more, than in the usual offline format. Regardless of the format, the examiner immediately sees whether the person has an understanding of the subject or not. I noted for myself that all the participants at the attestation in Australia had the necessary experience in practicing and teaching SAMBO,” Maksimov says.

At the same time, according to him, the possibility of somehow cheating or using a cheat sheet for participants is excluded. Each coach is right in front of the screen with a camera, he is told the technique that he must perform. Everything is visible and transparent. 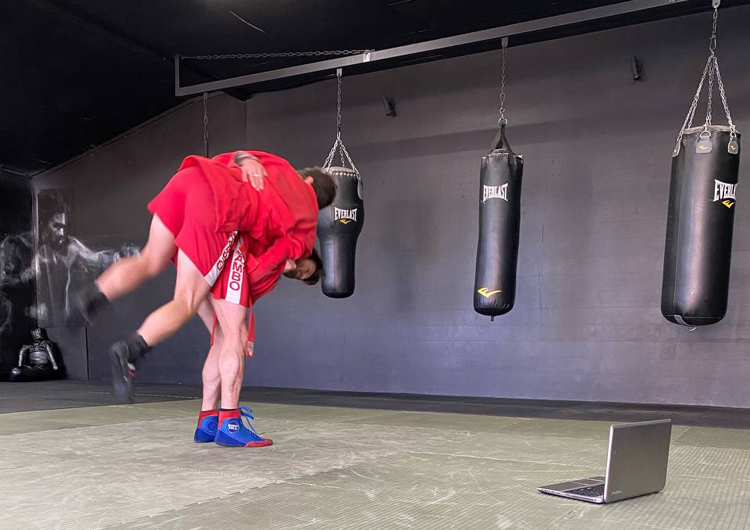 “I would like to note the desire with which each coach, without exception, approached the certification. It is important that all specialists showed a fairly good level of knowledge of theory, and also demonstrated a serious understanding of SAMBO technique in practice,” the FIAS Sports Director notes.

After the exam, the results were summed up – also in the format of a videoconference. Sergey Tabakov noted the high level of training of all participants in the certification and their deep understanding of SAMBO. He said that all the specialists showed good knowledge, which indicates their readiness for further work.

Four of the six who took the exam successfully completed the exam. They have already been assigned the 1st coaching level, which is enough to conduct certification for student levels. However, they do not plan to stop there and have already started preparing for the exam, which will allow them to get the 2nd coaching level. After receiving it, they themselves in Australia will be able to certify not only for student, but also for master's degrees, as well as certify other coaches. Those participants who did not pass the exam will be re-certified in the future and have the opportunity to get the 1st coaching level. 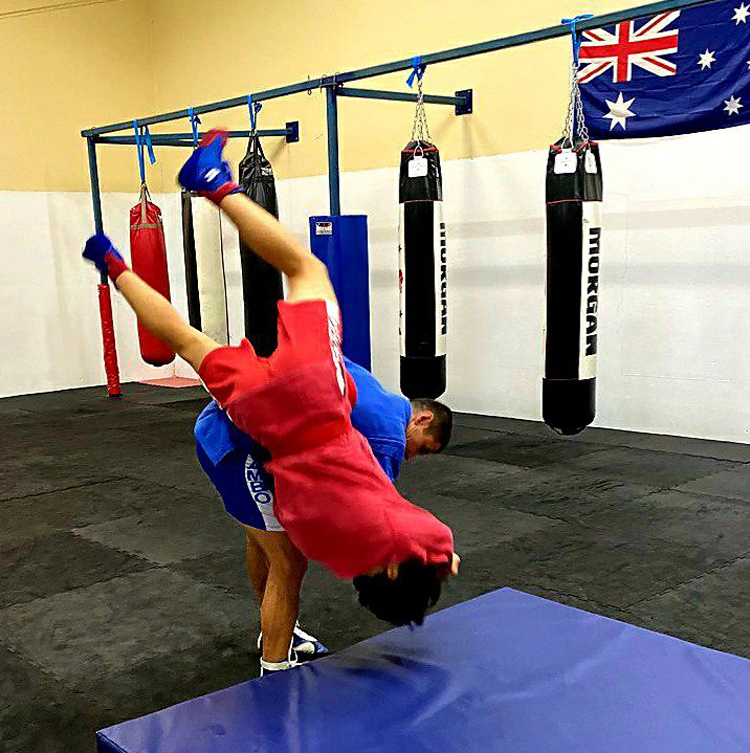 Australia became the first country where the FIAS certification took place in an online format. According to Dmitry Maksimov, seminars on the same principle are planned to be held in the Republic of Korea in the near future. The National SAMBO Federation of this country sent an application to FIAS, and now local specialists are actively preparing for the exams.

“The process of organizing online certification is extremely transparent: a national federation submits an application to the International SAMBO Federation and, if necessary, receives methodological materials from FIAS. This is followed by the process of preparing trainers for the exam and certification itself. Thanks to the online format, we increase the speed of exams and reduce their cost. Participants can take the exam from their club, in their favorite SAMBO uniform, without spending extra time and money on travel. However, I repeat: you won’t be able to learn SAMBO from pictures. You need to have an idea about this sport. And in Australia it worked, because local experts had sambist experience,” Dmitry Maksimov sums up.