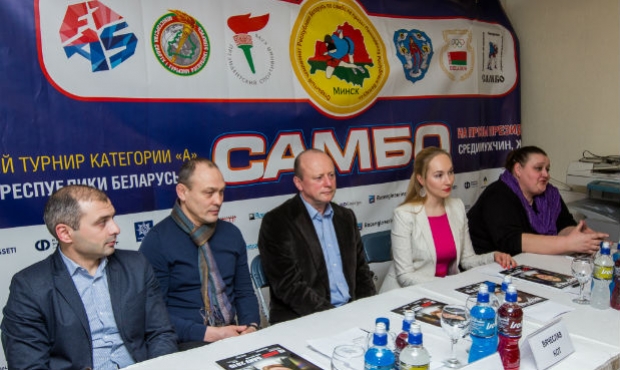 Today, the Minsk Palace of Sports hosted a press conference on the XX International Tournament — Open SAMBO Championships for the prizes of the President of the Republic of Belarus, which starts tomorrow. Athletes from 16 countries have gathered in the capital of Belarus for the jubilee championships. The tournament will take place over 2 days, where SAMBO athletes (men and women) and representatives of combat SAMBO will compete for first medals in this year's world rating SAMBO events. Managers of Belarusian and Russian teams leading modern SAMBO talked about the rosters and medal hopes and organizers talked about prizes and the tournament mascot.

Vyacheslav Kot, head coach of Belarus: "This tournament is a reconnaissance battle for us" 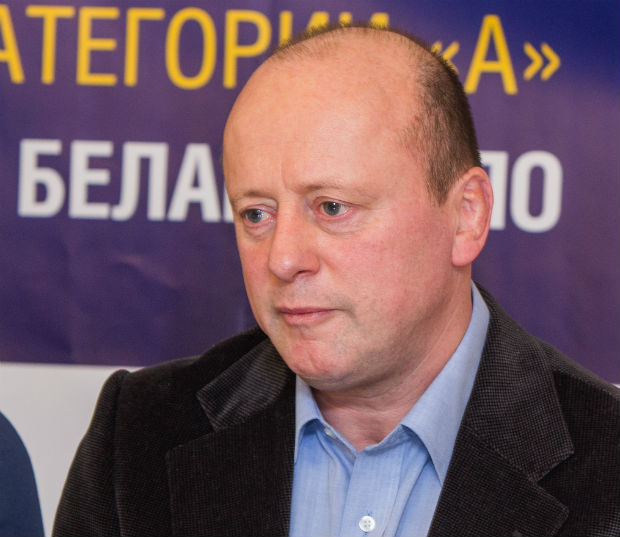 "This tournament is a tradition, and the most important one in the FIAS calendar. For our sambists, it will be a landmark, as it is the selection for the team to participate in world and European championships. Plus, of course, the tournament is prestigious on the international arena. It was the first start for Belarusian sambists in this season, and the tournament marks the start of the rating race.

Our championships are the first of 8 competitions, which will allow sambists of the world to score points in the 2016 ranking. Talking about team rosters, I note that we have some losses in the women's national team due to injuries. They're minor, but still won't allow some leaders to participate here. The men's team has a full and the strongest line-up, and our leaders — Andrey Kazusenok, Stepan Popov, Yury Rybak — as well as young guys, will fight.

This year, we are experimenting a bit. For example, Kazusenok will perform in an unusual weight category for him, up to 100 kg. He has already tried it, but the tournament in Minsk will be the first time in an official fight. Summing up, I say that tomorrow's tournament will be a reconnaissance battle for us."

Dmitry Troshkin, head coach of team Russia: "This year, we decided to throw the team leaders into the Minsk fight meat grinder" 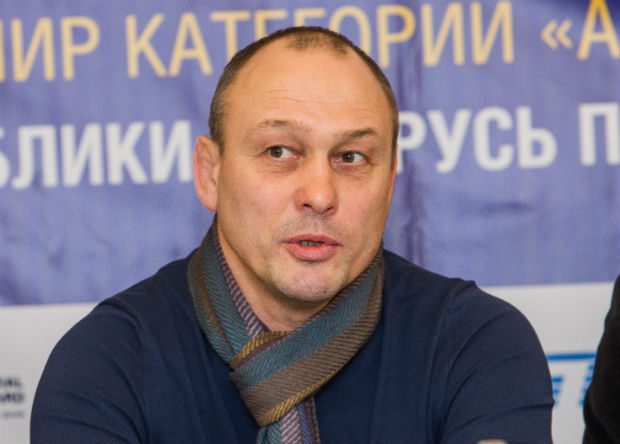 "The Russian team always comes to Minsk with great pleasure, and we even have the belief that whoever wins here is guaranteed a place in the top three winners in the world or Europe. This year, we brought a balanced team: half are leaders, and half are young, promising athletes, who we should break in and look closely at them.

Talking about experiments, this year we decided to bring all the top members to Minsk. All those sambists who will fight at the end of March at the A. Kharlampiev Memorial World Cup. We decided to, shall we say, throw our leaders into the fight meat grinder. Mentioning leaders, men include the most eminent participant — 4-times world champion Artem Osipenko, and the women's team has world and European champions and honored masters of sport." 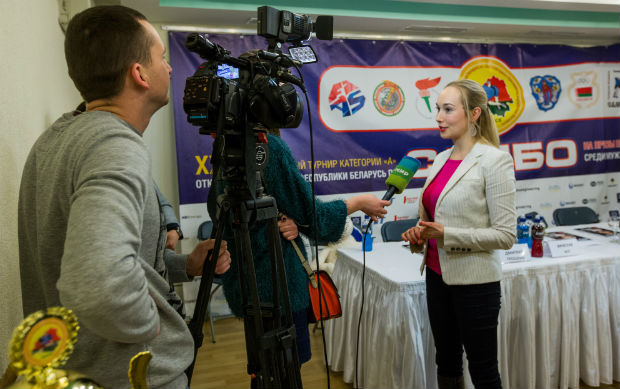 "We have supported this tournament since it was founded, and for us it is a great honor and responsibility, and we will, of course, be rooting for the Belarusians, but expect a beautiful and spectacular fight from all participants. Traditionally, the Presidential Sports Club awarded gifts — watches. This year, we have 2 nominations: "For the will to win" and "For the best technique". Talking about the first nomination, we usually award this to those who have shown miracles of will and character, and while they might not have achieved gold, showed all that is best in SAMBO — nature, beauty and courage." 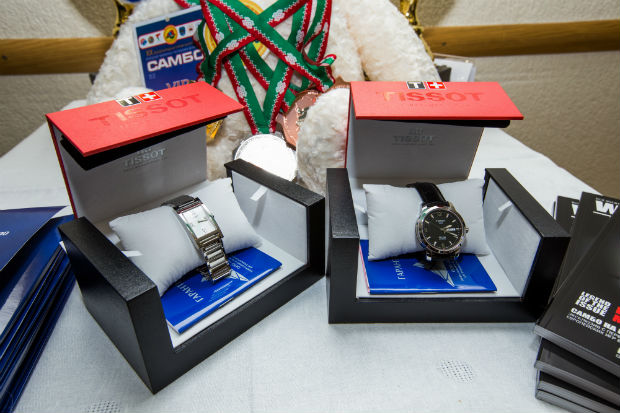 Veronika Kozlovskaya, head coach of the national SAMBO team of Belarus: "The mascot of our jubilee tournament is a dog personifying dedication to our beloved sport" 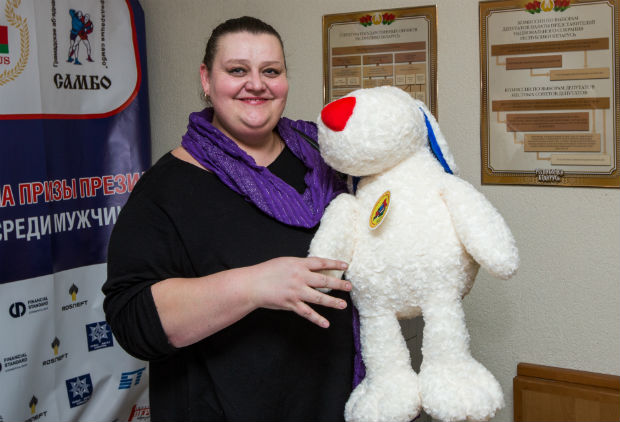 "Traditionally we always come up with an image for the tournament mascot and make souvenir gifts, and as a rule, they are cute and fun toys. Over the years, we have had different mascots: horses, dogs, and special toys that transformed, for example, into a pillow, etc. We are always searching and experimenting. In my opinion, it gives the tournament emotionality, humanity, and of course, decoration. This year, the mascot chosen was a dog in traditional SAMBO colors — blue and red. It represents the dedication to our beloved sport." 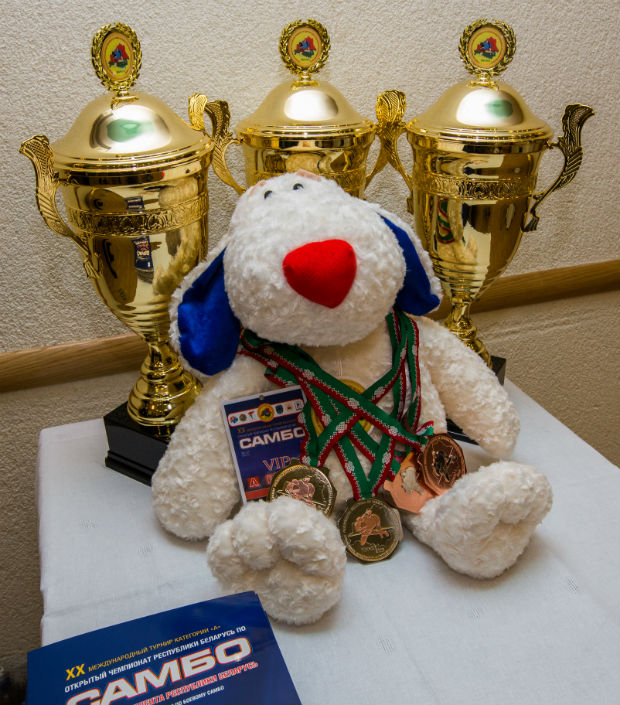