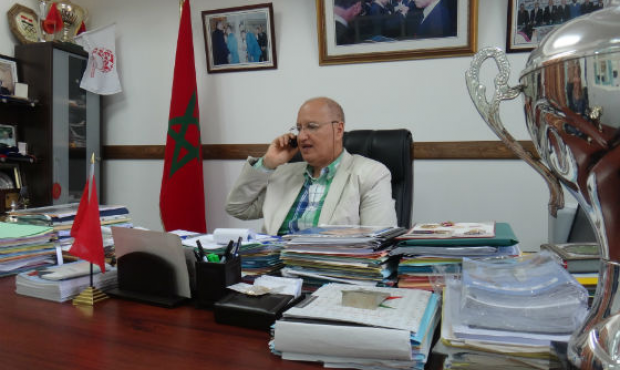 The meeting of the African SAMBO Confederation Congress was obviously the central SAMBO event of the official part in Casablanca. It started unconventionally, with demonstration of the film about the working meeting of Vladimir Putin, the President of the Russian Federation, with representatives of the worldwide SAMBO. It will be recalled that the meeting took place in Moscow (Russia) in March 2013. The members of the Congress showed great interest to the attention which Putin paid to the African SAMBO. Later on, during the lobby discussions with many Heads of the African SAMBO Federations, I heard the proud and joyfulutterances that our sport is familiar to and supported at the high governmental level.

Increased number of the Federations – members of the African SAMBO Confederation – is an important step for development of SAMBO in Africa. We have been already working for 30 years and nowadays situation in the African continent is the most favourable for SAMBO. Due to the FIAS help, many federations were provided with the possibility to delegate their sportsmen to various SAMBO tournaments. The seminars for trainers, referees and sportsmen are carried out regularly; the International SAMBO Federation assists in improvement of our material facilities as well: mats, equipment for sportsmen.

It is not a secret that Africa is a complicated continent in terms of economy. But I am sure that SAMBO will become the strongest and most competitive sport in Africa in the nearest future.

Today I can't help being glad about medals of Cameroon, Seychelles and Ghana. I would like to note the SAMBO Federations of Ghana and Seychelles specially. At this Congress they were admitted to the African SAMBO Confederation. This moment is official. But in terms of sports the teams of these countries created a furore in Casablanca: they won bronze medals in the championship being a début for them (two medals were won by the Seychelles team and one – by the Ghana team).

As regards arrangement of the championship, in my opinion, everything was arranged exactly. There were some refereeingissues. The fact is that the referee's board was represented mainly by the Moroccanreferees at this event. There were many questions apropos of this, we studied the situation and drew a lesson from this: next year the rules of the African SAMBO Championship will contain a clause on obligatory delegation of a referee from each team – participant of the contest. So we will be able to have more impartial and unprejudicedrefereeing. We think that it's good that we have noted this situation. It gave us a possibility to review the state of things. It is valuable indeed.

I am pleased that competition has appeared and this competition is not only among sportsmen, but also among the countries claiming for the right to carry out the African SAMBO-2014 Championship. As of today, we have got 3 applications – from Cameroon, Seychelles and Tunisia. In the short run the specialists of our Confederation will arrive to these countries for inspections, in order to view and assess the infrastructure and capabilities of these countries. The decision will be taken under the results of inspections, and the country which is optimally in line with the high rank of this contest will be chosen for arrangement of the championship.

I see with pleasure that the printed media pays attention to the African SAMBO-2013 Championship. The final block of the contests was broadcast live by Sport, the central sporting channel of Morocco, 4 channels operated additionally as well, many news reportages of SAMBO were shown on main sporting channels of Morocco. It is pleasant and it means that our sport is needed, interesting and spectacular.

And the last thing I would like to note. In addition to good work, I was glad to see the amicableand good atmosphere in our African SAMBO family. It is clear that if there is a competition, there is some misunderstanding. Generally speaking we realize that it is SAMBO that unites us and we should unite and cooperate for the sake of SAMBO, with abandoning any personal ambitions.

Today, in Morocco we enjoy success and I hope it will be such in future as well. The more so because in 4 months the Stage of the SAMBO World Cup will be held in the African continent for the first time in the SAMBO history. So in order to accept a challenge and pass this difficult exam, we should be a united and amicable team. Today I am sure that we will cope with it.