European SAMBO Championship in Crema: the Day of Sensations 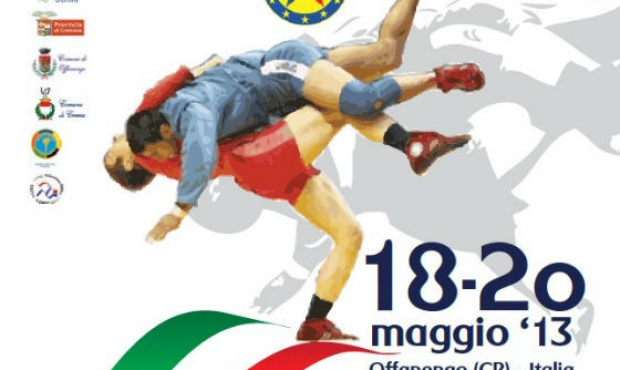 No laughing passions ran high in the Italian Crema! Judge for yourself: the Russian anthem “got out of time” at the awards ceremony, female Russians didn’t win a single “gold”, while a 17-year-old female Bulgarian sensationally claimed I place of the Continental SAMBO Forum of the Old World. In addition, for the first time in the history of the European Championship the Finnish SAMBO athlete won the medal for his country and the Azerbaijani athlete specializing in Sports SAMBO, tried his hand in Combat SAMBO and brought the silver medal of the European Championship for his country. But let’s do things in their proper order.

We’ll start the narrative with the finish of the first day of the competitions, that is to say with the awards ceremony, from it we’ll gradually come to the main point – the fighting that ran high on the Crema SAMBO mats. There was a small blunder while playing the Russian national anthem, as if it “had overworked”. And, as someone of the fans in the stands joked: “The Russian dominance in SAMBO – is the fact. And the Russian national anthem, apparently, just “got tired” to sound so often”. This is, of course, a joke, but in part it has a leg to stand on. The fact that the Russian women’s national team sensationally didn’t win a single “gold” on the first day of the competitions, which, respectively, “went” to Bulgaria, Ukraine and Belarus.

A debutante of the major international starts Galya Tsakharieva, performing in the weight category of up to 48 kg won the “gold” for Bulgaria, having created a furor. The fact that Galya is just 17 years old and she managed to defeat the experienced and titled Russian woman Elena Bondareva (a 2-time World champion) in the finals. 30 seconds before the final gong while the score was 4:4 on the scoreboard the Bulgarian performed technical inside hook for 1 point and became the happy owner of the “gold” of the European SAMBO Championship.

Not the “gold”, but the “bronze” – was also sensationally won by the representative of the Finnish team today. For the first time in the SAMBO history of the country Rintamaki Antti Petteri managed to take III place in the weight category of 68 kg at the European Championship. He said: “The fact is that I – am a former judoist, but with a change in the judo rules it became difficult to realize your potential. I like SAMBO very much for its democratic rules and wealth of technical arsenal”.

We’ve told you about the today unexpected “gold” and “bronze”, but we can’t help mentioning “silver” in the weight category of 100 kg in Combat SAMBO. Let’s explain why. The fact is that we have witnessed the unique event today. Nizami Mammadov from the Azerbaijani team tried his hand in the discipline, a new for him – Combat SAMBO – for the first time in his sports career. By the way, tomorrow we’ll be able to see Nizami on the Crema SAMBO mat once again, as he will perform in Sports SAMBO, familiar to him, at the competitions.

So today Nizami consistently won 3 fights and yielded the championship only to the Russian Maxim Futin in the finals. The Azerbaijani generalist said: “Frankly speaking, having lost by a knock-down in the finals, I was shocked. I felt as if I had run a rushing train or a fist”.

We’ll drop the curtain of the Crema SAMBO mats by this hilarious comparison. Sure, a new day will also bring its discoveries and surprises which as usual will be covered on the FIAS website.