European SAMBO Championship in Crema: the leaders are on the podiums 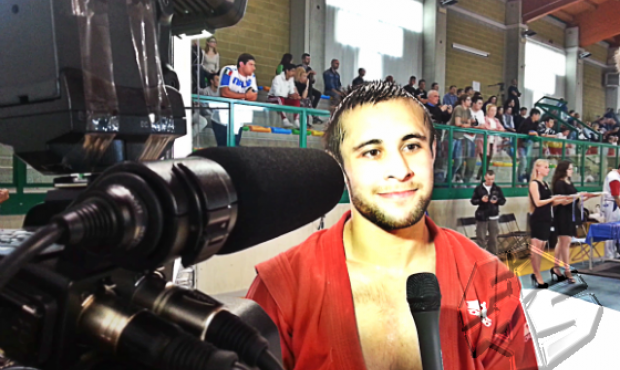 The second competitive day of the Old World SAMBO Championship wasn’t profuse in sensations. The European SAMBO leaders proved their strength, having shown a stable fighting. After the discoveries and surprises of the first competitive day the time of stability and reliability has come.

The European and world SAMBO leaders – the Russian team – performs stably and reliably in Italy. With 9 gold, 4 silver and 5 bronze medals they – are in the first line of the table of ranks. After two competitive days the Ukrainian team has located on the second place of the overall team standings. In the country’s collection there are 3 “gold”, 5 silver medals and 4 “bronze”. The Belarusian team completes the list of the leaders of the overall team fighting with 4 gold, 3 silver and 4 bronze medals of the European Championship.

The Russian women’s team, which on Saturday was satisfied only with silver medals, brought to the Russian team collection the first “gold” of the Championship on Sunday. It was won for the Russian team by Anna Kharitonova. At the podium we managed to learn about twists and turns of today’s fighting from the happy champion in weight category of 52 kg: “I am as happy as a sandboy that I have won my first European Championship. I can’t say that I was absolutely sure of victory, but the desire to win has been huge today. In the finals I lost by 1 point in the fight, and not all my plans were successfully put through, but the prompts of the coach and support of friends helped me, and I managed to mobilize in time. Further on – the evaluations for the World Championship in St. Petersburg, and, of course, the Universiade in Kazan”.

The coach and teammates of Anna Haritonova helped her on her way to victory in the finals, but the champion in the weight category of 57 kg was given much more substantial help. The fact is that today, the Belarusian family duet came out on the Crema SAMBO mats: a famous athlete and experienced coach Natik Bagirov – is on the “coaching bridge”, and his son Arif Bagirov – is directly on the mat. After the awards ceremony the FIAS television journalist Vladimir Ivanitsky tried to “set father against his son”, of course, humorously. Arif’s answer was as follows: “My father – is a great wrestler, possessing exceptional technical knowledge and, if we do go out to fight with him, I’m sure that he’ll win for the present. But it is just for the present”.

Wali Kurzhev also told us about the family contract in SAMBO, but of a little different character (he is the 2-times World champion, and his twin brother, Ali Kurzhev – is the winner of the 2013 World Cup), today he has won the gold medal in the weight category of 74 kg in Sports SAMBO. He said: “If it happens that my brother and I pretend to be selected for the same international competitions, we sit down with the coach and decide who needs the competitions more at present. For example, my brother will go to the Universiade in Kazan”.

A little less than 2 months are left prior to the Universiade, and many of those who start in Crema these days, will perform in Kazan. But it is early to think about it yet. Because some of the SAMBO athletes have yet to compete for the title of the 2013 European SAMBO champion. As early as today women will identify the strongest in the weight categories of 56, 68 and 80 kg. Men will bring to light the best athletes in the weight categories of 62, 82 and 100 kg in Sports SAMBO, and Combat SAMBO athletes will perform in categories – of 52, 68 and 90 kg.

We think that now no one can predict what sort of day will be the final day in Crema after the sensational first and stable second ones. Read about it in our next report from Italy.