World Sambo Championship among Masters in Ashdod: before the start 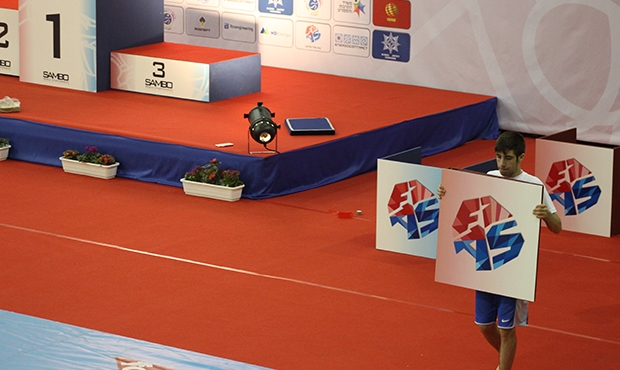 In this report from Israel, you'll find out how all participants, from the organizers to the athletes, were preparing the day before the start of the World Sambo Championship among Masters.

Michael Zhidelev, judge of the competition (USA), with a fish he caught 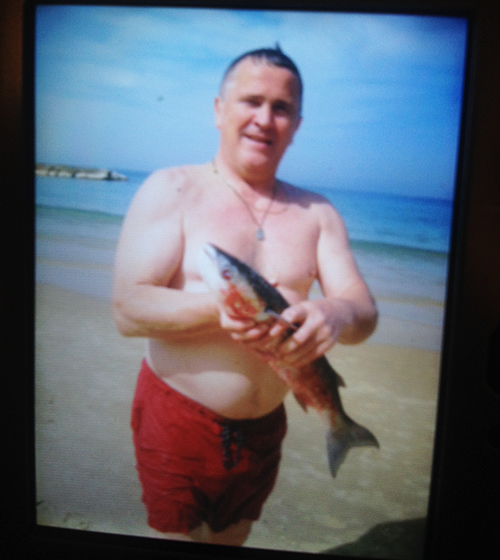 The competition kicks off today in Ashdod, but all the participants had a chance to get to know Israel better, even outside the scheduled tours. Decide for yourself: the tournament will be held at the basketball arena in Ashdod, and the two official tournament hotels are located in Ashkelon. It's a 20 minute drive from the competition, but the hotels are right along the Mediterranean coast in a stunningly beautiful location. Nearly all the tournament participants have already managed to take the opportunity to soak up the sun and swim, and some, like Michael Zhidelev, went even further. He caught a huge fish with his bare hands — and here's proof.

Boris Sova, Chief Judge of the competition (Russia): "The most important thing is well organized refereeing" 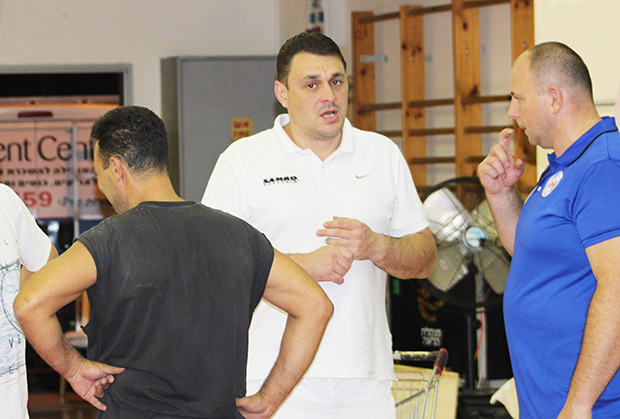 "For the first time ever, the World Championship among Masters will be broadcast live on the official website of the International Sambo Federation," Sova says. "This makes the quality of the judges' work even more important. I'm sure everything will go smoothly and cleanly. Now we have to create an atmosphere focused on accuracy and precision. Our task is correct, and even more importantly, well organized refereeing."

Pavel Musin, Vice President of the Israel Sambo Federation: "For some reason no one's listening to me"

"For some reason no one's listening to me," Pavel says mischievously in a tired voice. This was his comment after three hours of preparing the arena for the start of the competition the next day. The mat had been laid, the banners were stretched out, all the decorations were in place, and a great, classy podium awaited its heroes of tomorrow. All that was left were little things, and Pavel was cheerfully indignant that his entire team was no longer listening to him. 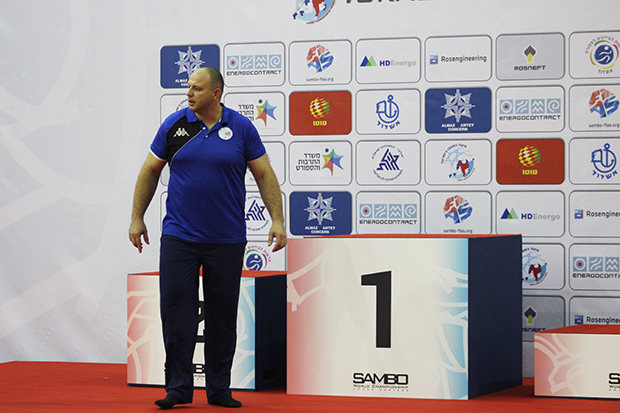 "How do you like the arena?" Pavel asks. I exclaim with delight that the arena is magnificent and beautiful, but to continue the conversation, I ask about how the preparations for the championship went.

"It was difficult period. It took two years to establish the Federation, and there were a lot of legal and paperwork issues. After going through all the stages of official recognition, we got our first budget from the government the day before the championship, and it's almost fully directed to this championship. But I'm convinced that this tournament is our chance to move Sambo to the next level and promote it in our country," Musin says. 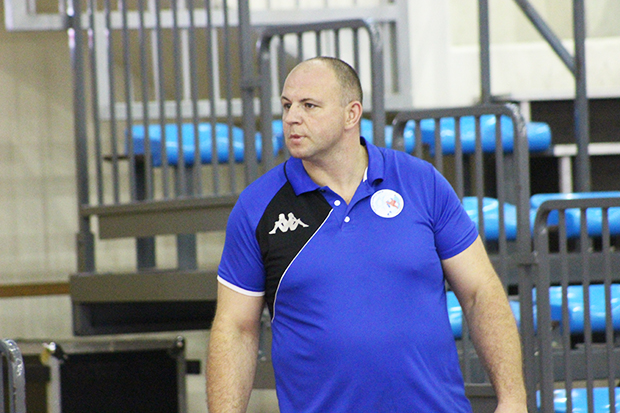 "By the way, during the preparations for the championship, I married my part-time student and now wife, Alice Schlesinger. There was a lot going on, there was no free time, and I asked her to move the grand event to some time after the championship, but the word of the woman I loved was the law. The wedding was very nice, fun and heartwarming. A funny thing happened during the photo shoot at the riding school. The horse Alice was sitting on jerked suddenly, and everyone was scared. But the pictures turned out great — emotional, vivid, and unforgettable," Pavel says with a smile. (For more photos, see the FIAS blog site: HERE). 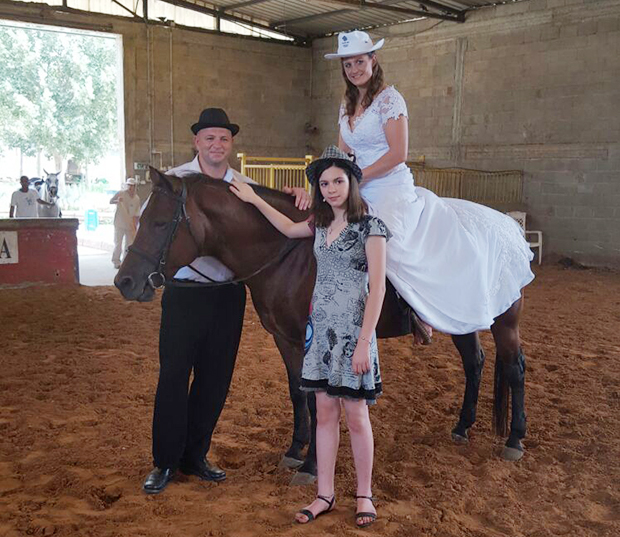 Peter Ben Rozen, President of the Israel Sambo Federation: "Alice Schlesinger's winning throw in the World Championship was a highlight of the design for the championship" 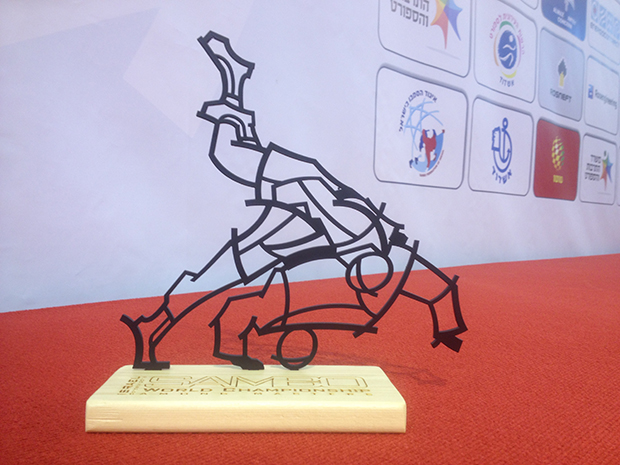 "The whole arena, and all the souvenirs for the championship were designed with a stylized image of Alice Schlesinger's throw. She's our star Sambo wrestler. This technique brought her victory at the 2014 World Sambo Championship. It was a pickup throw under one leg. For Israel, Alice isn't just a star, she's our best athlete, the person who helped Israeli Sambo reach a new level of development. Her success is a landmark and road map for all Israeli Sambo wrestlers. Her great personal contribution to the preparations for the championship is also worth noting. It would have been hard for us without her energy and full support."

Rafis Zakirov, Chief Secretary of the competition (Russia): "The accreditation of masters is always a special event" 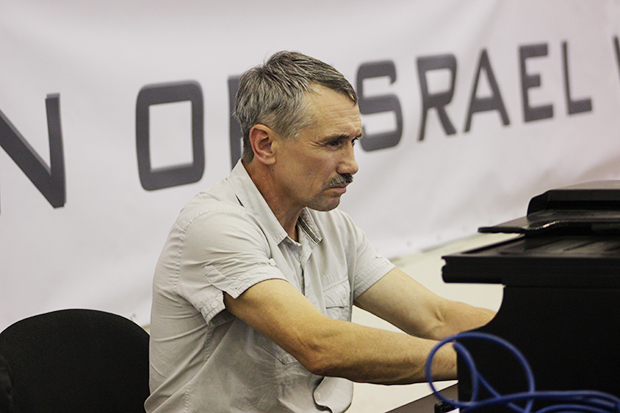 "After the accreditation today, more than 300 Sambo wrestlers from 35 to over 65 years old will be competing in Israel. Athletes from 18 countries are participating in the tournament. Along with the native Sambo powers — Russia, Kazakhstan, Georgia, Ukraine and Bulgaria — there are countries where Sambo is rapidly gaining popularity, like the US and Germany, as well as Sambo wrestlers from Switzerland and Cameroon. As you know, the youngest Sambo wrestlers in this competition are 35. I'll mention the oldest ones separately. There's one participant who was born the same year as Sambo — 1938. He's Boris Talis from the US, who will compete in the weight category over 82 kg on the first day of the tournament. But the oldest participant in this tournament is 78-year-old Gennady Fedotov from Russia, who will compete in the weight category over 90 kg.