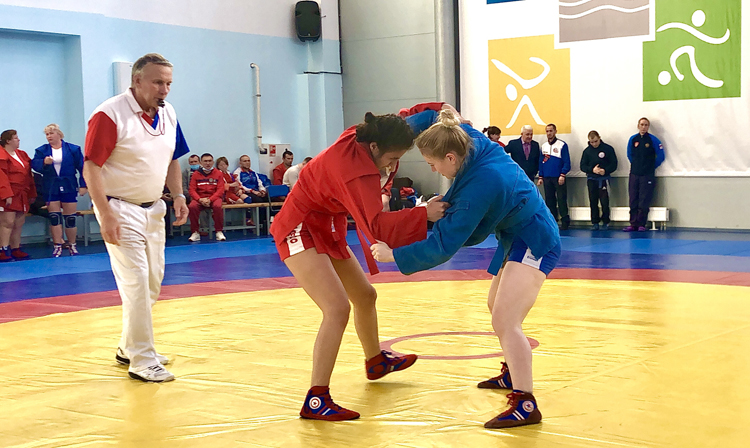 The FOK "Gazprom" in St. Petersburg hosted the 4th Blind and Visually Impaired Russian SAMBO Championships, which was held on October 24. The northern capital of Russia became the venue for this tournament for the first time. 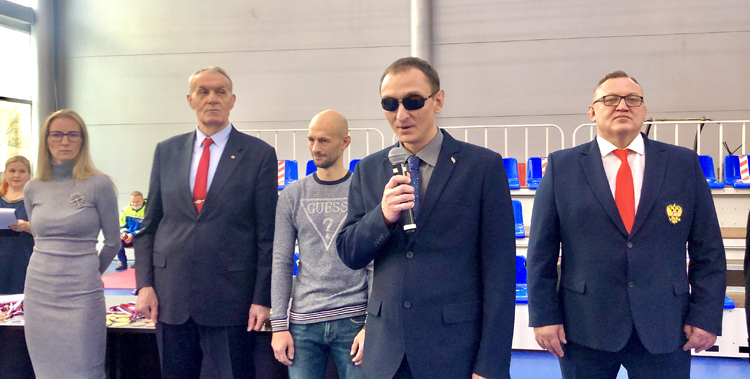 During the opening ceremony, the chairman of the Sports Federation of the Blind of St. Petersburg Alexei Kolosov and the coordinator for the development of SAMBO among the blind and visually impaired in St. Petersburg, Dmitry Samokhvalov, were awarded with letters of gratitude from the President of the All-Russian Sambo Federation Sergey Eliseev. 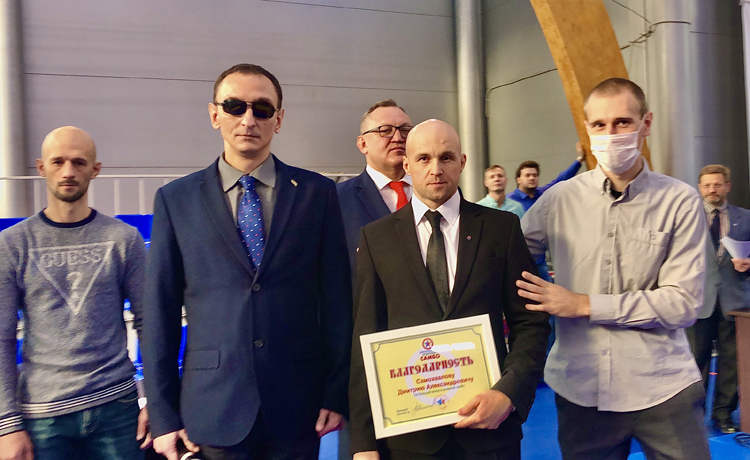 At the opening ceremony, Viktor Ignatenko, the senior coach of the Russian national SAMBO team for the blind and visually impaired, read out greetings to the participants and guests of the competition from the President of the International SAMBO Federation Vasily Shestakov and the President of the All-Russian and European SAMBO Federations Sergey Eliseev. 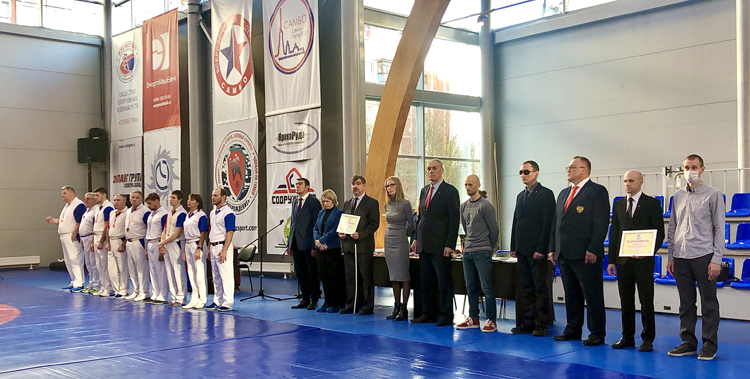 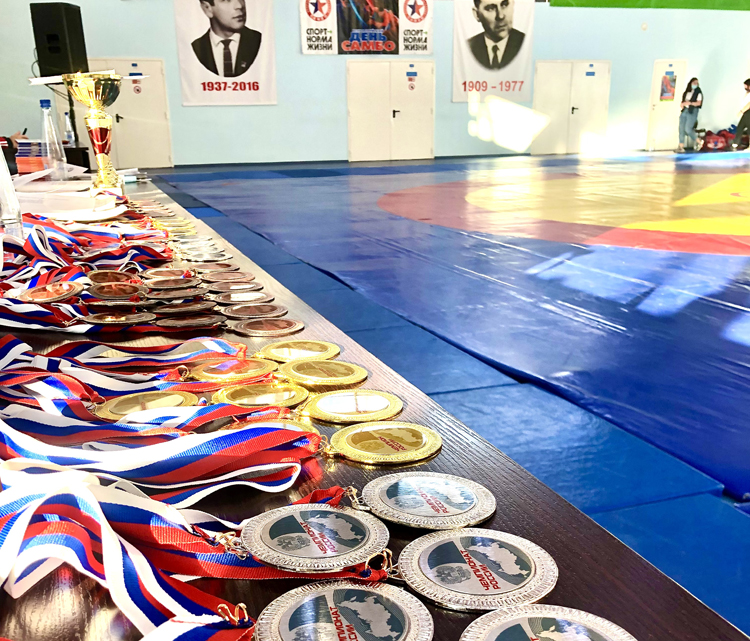 It has already become a tradition to open the Blind and Visually Impaired Russian SAMBO Championships with the Anthem of the Russian Federation performed by the multiple winner of the Russian SAMBO Championships for the Blind and the Visually Impaired Saxophonist Sergei Sinitsyn; vocal performance – winner of the pop romance competition named after In P. Solovyov-Sedoy 2018 Tatyana Shemetova. 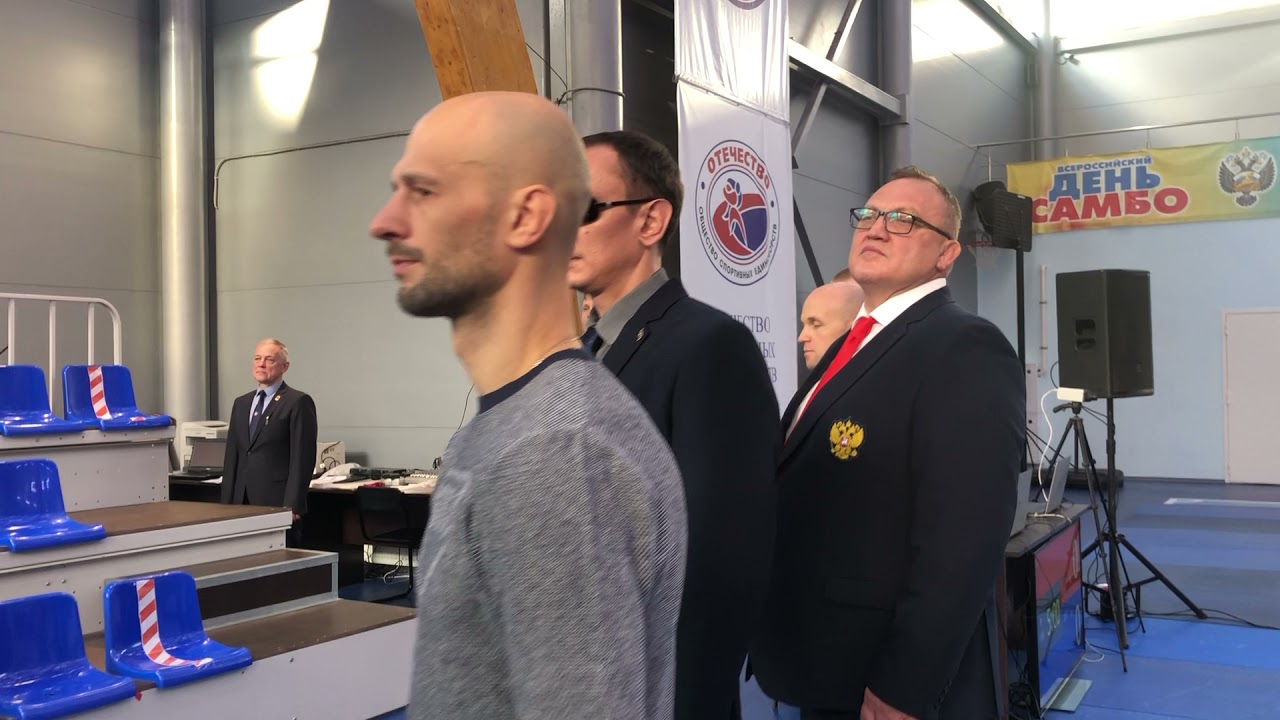 The tension to the fights was given by the fact that not only the medals of the national championship were at stake, but also the selection for the first in the history of SAMBO among the blind and visually impaired International Tournament within the framework of the World Cup of SAMBO Founders, which will be held in 2022 in Moscow. 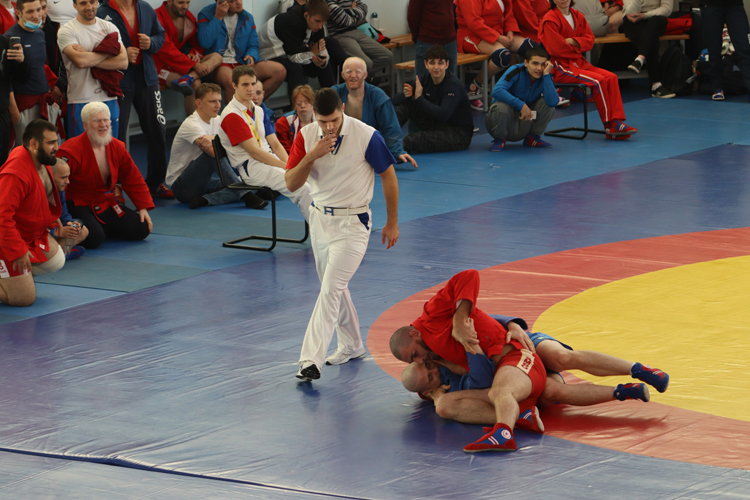 “I would like to note the excellent work of the judiciary. The Chief Referee of the Blind and the Visually Impaired Russian SAMBO Championships Roman Motylev organized the work of all referees at a high level, - Roman Novikov said. “By the way, on the eve of the championship, a seminar was held on the rules of judging SAMBO competitions among the blind and visually impaired, where there were likely situations on the mat”. 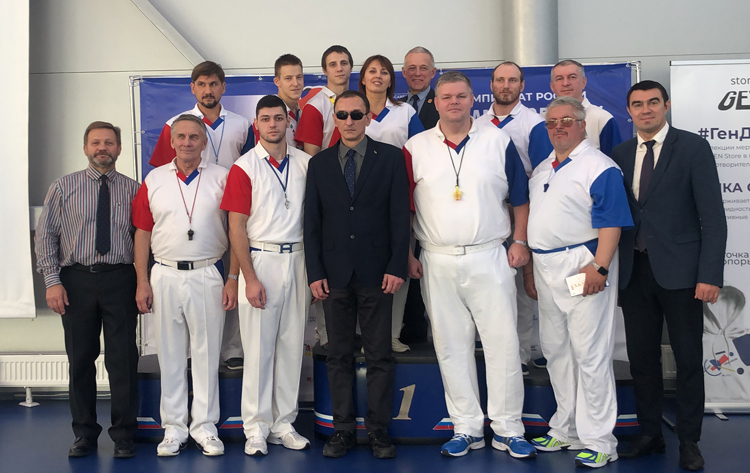 Roman Novikov also noted the professionalism of the employees of the FOC "Gazprom".

“Special thanks to Yury Davydov, deputy director of the sports and recreation center, who helped to organize the tournament at the highest level. I would like to thank the staff and management of the Sputnik Hotel for the comfortable accommodation of the athletes. It is important to note that the commission for the admission of athletes, their weighing, as well as a meeting of coaches were held within the walls of this hotel, where we were provided with all the conditions for the full implementation of all events,” Novikov said. 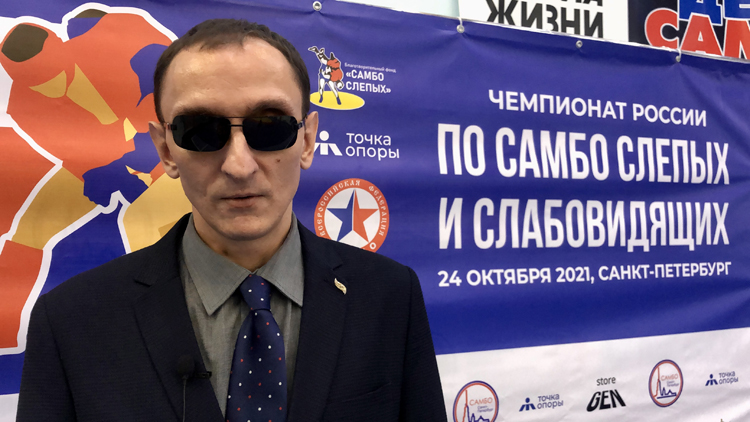 He expressed gratitude to all sponsors who provided financial assistance for the successful holding of the Russian SAMBO Championships among the blind and visually impaired. Roman Novikov separately noted that throughout the competition, volunteers of the St. Petersburg State Budgetary Institution “City Center for Social Programs and Prevention of Asocial Phenomena Among Youth“ CONTACT” provided active assistance in its conduct. 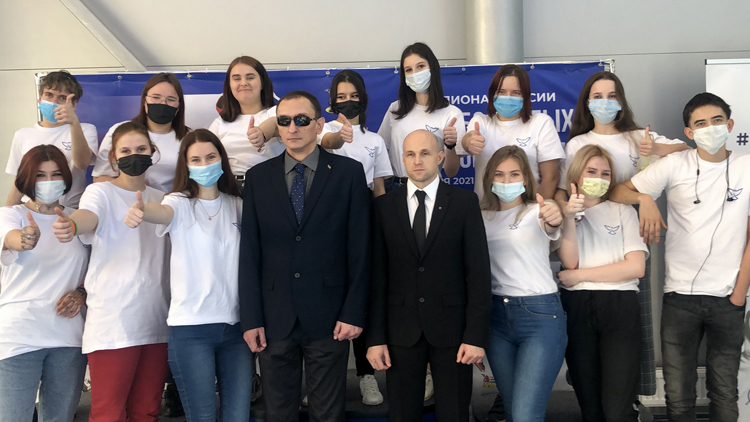 Memorable souvenirs to all the participants of the Blind and the Visually Impaired Russian SAMBO Championships, including coaches, were provided by the “Tochka Opory” charitable foundation. Valuable gifts were presented to the winners by the head of projects for work with charitable foundations, Alexandra Bazeeva, from GENstore. 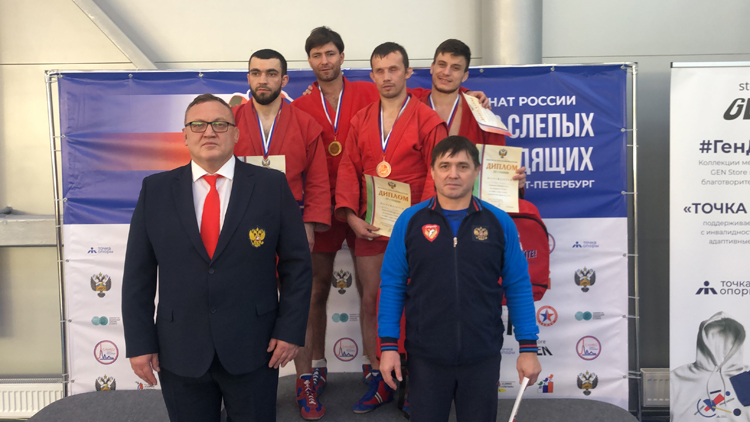 According to the results of the Championships, a solemn rewarding of champions and prize-winners took place. The award ceremony was attended by Mikhail Kokorin, Yuri Zhukov, Roman Novikov and Roman Motylev. In addition to medals, the following cups were awarded from the SAMBO of the Blind Charitable Foundation: 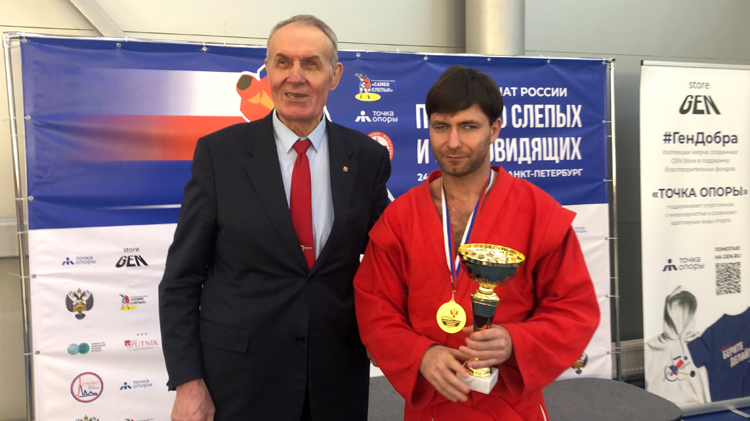 “For the best technique” - to Vladimir Fedin (Moscow);

“For the will to win” - Viktor Rudenko (Khabarovsk Territory); 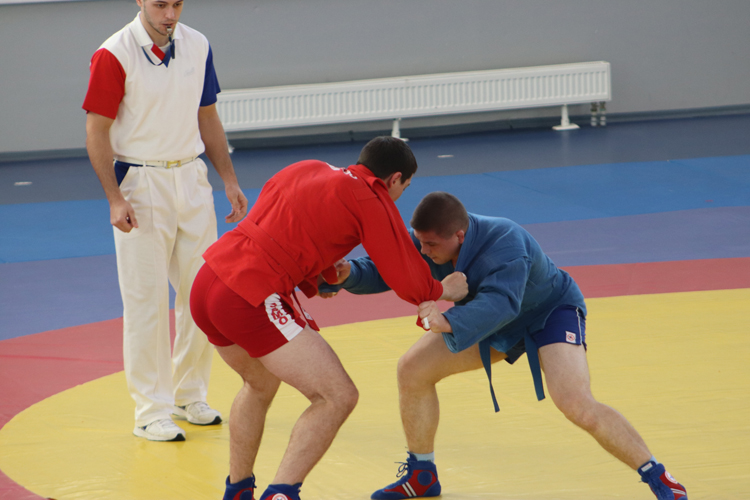 Results of the Blind and Visually Impaired Russian SAMBO Championships