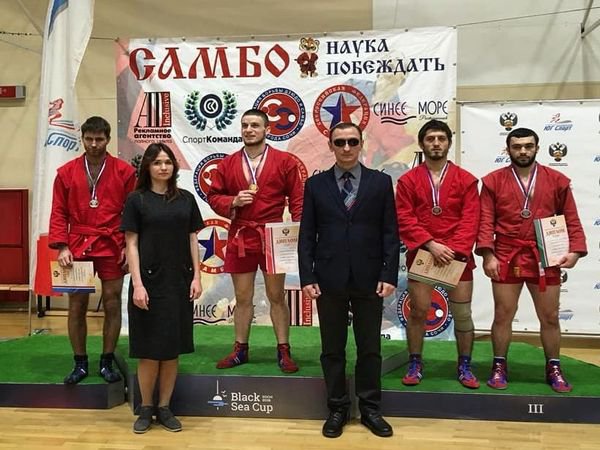 The second SAMBO Championships of Russia among the Blind and Visually Impaired were held on November 24-25 at the Southern Federal Center for Sports Training in Sochi. The tournament was attended by the visually impaired sambists from the North-West, Central, Volga, Southern, North Caucasus, Ural, Northern and Far Eastern federal districts.

The performance of the National Anthem in the course of the championships' opening ceremony given by Sergei Sinitsyn, blind sambist and professional musician, has become a tradition. Also, at the opening ceremony, as a part of the 80th anniversary of SAMBO celebration, Roman Novikov and Vladimir Eledinov presented the certificates of honor issued by the All-Russian SAMBO Federation to the blind and visually impaired enthusiasts who, despite their own disability, are engaged in promoting SAMBO among the blind and visually impaired. The coaches and members of the staff who made a significant contribution to the preparation of the SAMBO Championships of Russia among the Blind were also awarded with the certificates of honor. 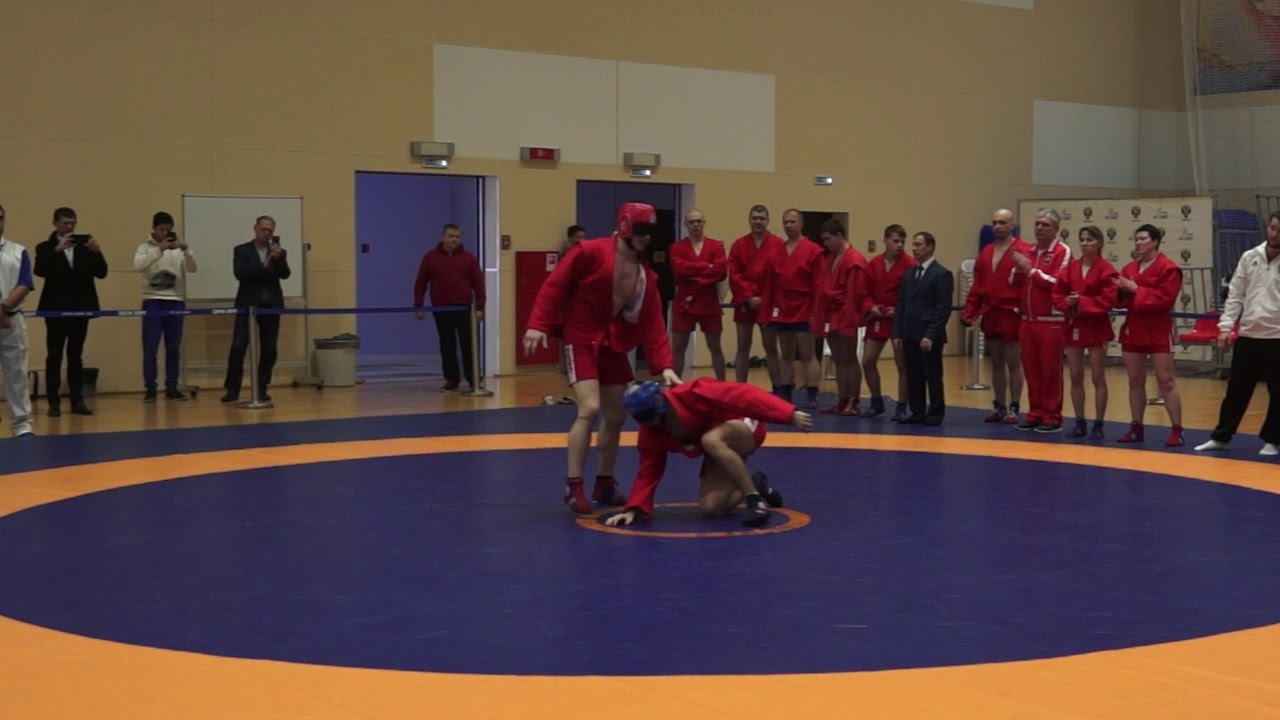 'For two days, there was an uncompromising struggle on the SAMBO mats, the fights were so unpredictable that they surprised the most jaded SAMBO lovers and experts,' commented Roman Novikov. – ‘Specifically, I wish to note that this year, the representatives of the Chechen Republic, the Republic of Tyva, and the Novosibirsk Oblast performed at the championships for the first time.’

Adam Akhmadov, a coach of an athlete from the Chechen Republic, stated that he and his trainee were very happy to be part of such an important event.

'First of all, I wish to thank the head of the Chechen Republic, Ramzan Kadyrov, for this opportunity to come to Sochi to the SAMBO Championships of Russia among the Blind and Visually Impaired. My trainee, Ahmadov Bers-Sheikh, is a young but very promising athlete. And I never doubted his victory for a second,' claimed Adam Akhmadov. 'The championships are very compelling and gripping. Of course, it's not easy for a blind person to fight. First and foremost, an athlete challenges himself, and they need all the courage and willpower to that end. We are returning home today with high hopes and overflowing emotions. And next year we plan to bring a large team of athletes to the SAMBO-for-the-Blind Championships.'

Alexey Gruzdev, the coach of the blind sambists from Novosibirsk, said that he had planned to come to this year's championships with a larger team.

'These plans did not fully come true - I managed to bring only two blind sambists. But the main thing now is that our region has been represented at the major SAMBO-for-the-Blind tournaments of the country. Just for starters, I believe our fighters have performed fairly well: we have taken one third place, and this is not at all bad. Next year, we will try to improve the result.'

'Yet I believe it was possible to perform better. The competition certainly was high, and all the sambists were exceptionally motivated to win. Our sambists are looking forward to international SAMBO-for-the-Blind tournaments, since athletes in Russia already know each other, and it is important to pit them against representatives of SAMBO-for-the-Blind from other countries.'

Member of the FIAS Commission on Athletes with Disabilities Roman Novikov, on behalf of the organizers and on his own behalf, thanked those who provided invaluable assistance in organizing the championships.

'First of all, I want to thank the President of the Sochi Federation of Judo and SAMBO Wrestling Vladimir Eledinov and his team. I wish to emphasize specifically that he personally made a gift for all the participants in the form of sambovka jackets, with the emblem of the anniversary year. As usual, the “SAMBO-for-the-Blind” charity took an active part in organizing the championships. I'm also willing to thank Alexander Ryavkin, President of "Protection of the Rights of the Disabled" LLC, for his tangible assistance in the development of SAMBO-for-the-Blind. The author and producer of the charity projects “Cinema for the Blind and Deaf” and “Theatrical Para-Premier” Lidia Andreeva-Kuindzhi provided significant assistance in organizing the SAMBO Championships of Russia among the Blind,' remarked Roman Novikov. 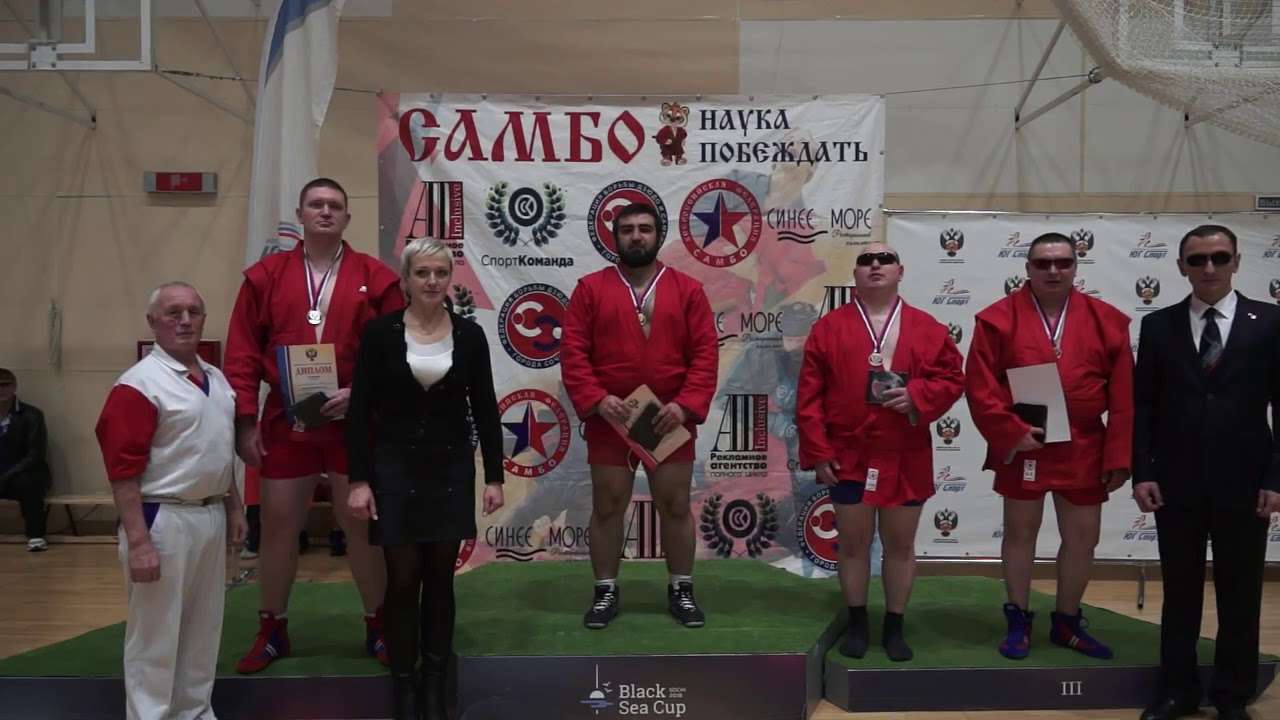 In the nomination "For The Will To Win", the following athletes were awarded: Klyukvin Dmitry (Moscow) and Doroganov Andrey (Stavropol Krai)

In the nomination “The Youngest Participant”, Mitrofanov Dmitry (Moscow) was awarded

In the nomination "The Shortest Combat", the award was given to Demidov Andrei (Rostov Oblast) who defeated his opponent with a clear victory in a record 9 seconds

In the nomination “For Excellent Refereeing”, the following referees of the All-Russian category were awarded: Konovalov Andrei (Moscow) and Alexandrov Valery (Moscow)

In the nomination "For The Best Technique", the award was given to Shevchenko Anatoly (Krasnodar Krai)

Vladimir Karpeev (Republic of Udmurtia) was awarded in the nomination “Veteran Of Wrestling, For Dedication To SAMBO”