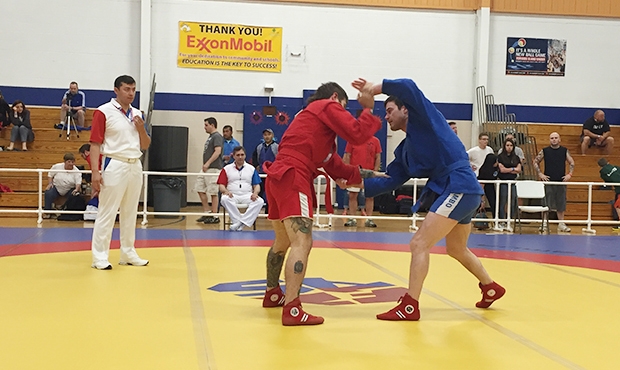 Three years ago, the American SAMBO Federation, USA Sambo Inc., committed itself to expanding internal geography and began to hold annual national championships in new cities. According to the organizers, this allows developing sambo in various regions and attracting a greater number of athletes from different states. This year's US Open SAMBO Championship was held on May 28 in the Chicago suburb town of Joliet. Read the report on how it was here and now.

The name of the city, Joliet, is a slightly modified version of the name of French-Canadian explorer Louis Jolliet, who in 1673 explored this area. One of the distinguishing features of Joliet is that it has the title of fastest growing city in Illinois. Among the main attractions in the area is the Rialto Square Theatre cinema, which was a favorite spot of Al Capone, and today is one of the ten most beautiful movie theaters in the world.

It is not known for certain whether any of the participants of the US Open SAMBO Championship 2016 saw a movie at the theater, but they all met here in Joliet Park District Multi-Purpose Center hall to compete for the title of the strongest in the country. It should be noted that in addition to American athletes, the tournament attracted sambo wrestlers from Uzbekistan, who competed well against their US counterparts. In total, more than 70 participants fought on sambo mats.

"On the one hand, for such a big country as the United States, 70 people in the Championship is not a great number. But you need to take into account that we hold the tournament in different states across the country for a reason. Because of this, we of course lose out in the number of participants at each particular Championship, but gain in the long run. The strategy of our federation is that we try to keep those regions where sambo as a kind of martial art is still poorly known or not cultivated," explained Michael Kozitsky, 1st Vice President of USA Sambo Inc.

In particular, he said that after the 2015 US Championship, which first took place in San Antonio, representatives of this very region went to the Youth World Championships in Sambo in Riga. Also, the backbone of team USA at the World Championship among masters consisted of athletes of San Antonio, and the United States team has become the 4th largest in the tournament. Such results have inspired representatives of the federation to continue expanding the internal geography this year. 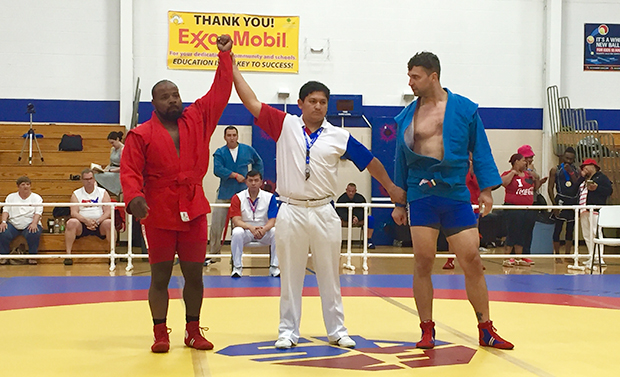 The main organizers of the Championships in Joliet were brothers Ron and James Hill, who are owners and trainers of the SUDA martial arts club. They are well-versed in sambo, and both represented the United States as trainers at the continental and World Championships in sambo.

"The Hill brothers provided and equipped the hall where our championship was held with excellent facilities. They also organized the work of volunteers, thought out all the logistics and did everything necessary to ensure that the tournament was at a high level," says Michael Kozitsky. "I would like to express gratitude to the international Sambo Federation, which enabled us to hold this Championship. It is FIAS that provided us with new sambo mats on which the bouts took place, and training for local athletes will be held in the future." 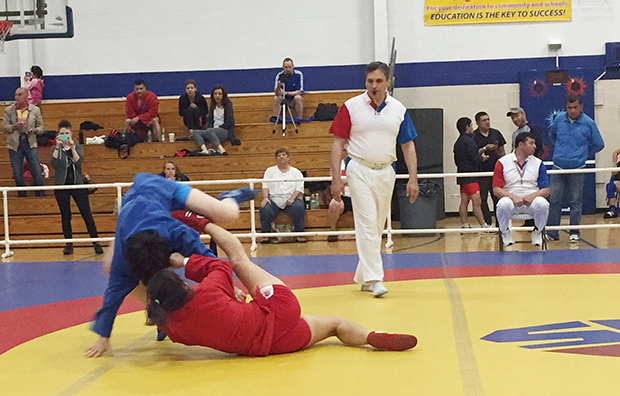 USA Sambo Inc. in turn provided medals and diplomas for the winners of the Championship, assigned highly qualified judges, and also did other work to make the tournament run smoothly. Incidentally, famous Soviet sambo athletes Viktor Chingin and Nikolay Styrov shared their opinions on the level of the Championship. The sambo veterans visited competitions as spectators and expressed delight about the tournament's organization.

"They said that they did not expect to see such a top level competitions in the United States – a country where sambo has not yet gathered essential popularity. The organization of the tournament was praised highly, as well as the skill of some competitors," shared Michael Kozitsky. 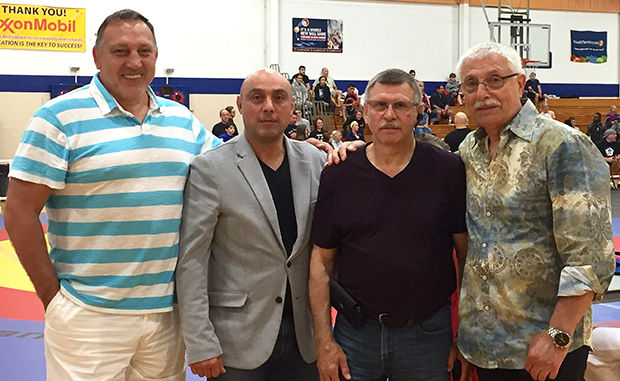 In addition to the skill of the athletes, expert refereeing contributed to the successful staging of bouts.

"The chief referees of the Championship, Dayn DeRose and Richard Crenwelge were trained at several international FIAS referee seminars, and also gained experience at the World Cup and continental championships," continued Michael Kozitsky. "In addition, at the current Championships we had an international level referees from Uzbekistan, so all athletes were confident in the quality of refereeing." 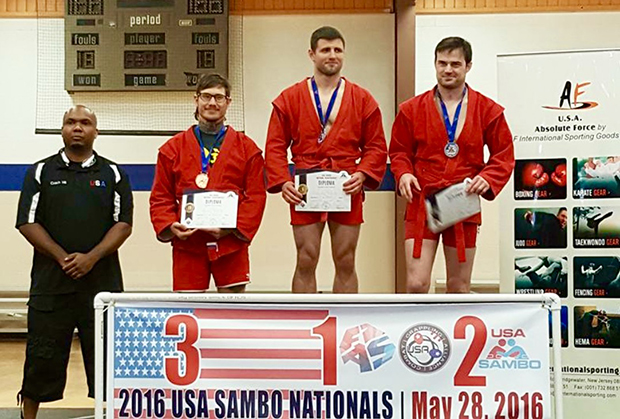