World Champions 2012 are being tested for doping 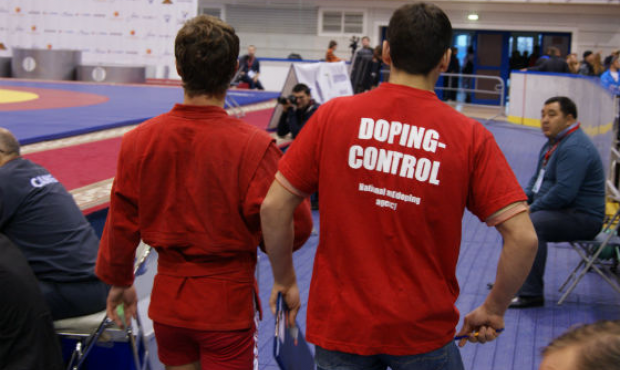 It seems that everybody could breathe out after the SAMBO World Championship held on November 9-11 in Minsk, the sportsmen, trainers, fans, organisers as well as sellers of popcorn. However there are people who are still tightly bound with the by-past tournament. Their name is the members of the anti-doping laboratory who are analysing the doping tests of 27 Minsk Champions 2012. The FIAS website found out who probed the sportsmen at the tournament and where they are being processed now.

The procedure of taking the biotests is becoming more and more common at different SAMBO competitions. Not only Champions but also one of the winners in each weight category by lot underwent doping tests at the World Cup 2012, Memorial Tournament of A.A. Kharlampiev. The by-past World Championship in Minsk became the first large-scale official SAMBO tournament where all the owners of golden medals underwent the biotests.

As the FIAS website has already informed, the volunteers accompanied tirelessly each Champion from the moment of winning his or her title. The winners of the tournament were only allowed to get to the podium and devote a couple of minutes to the press. Afterwards they went to the room for waiting and undergoing doping tests where none of the so called third person was allowed to be present.

The representatives of the Belarusian National Anti-Doping Agency were involved in undergoing the doping tests. The professionals who probed hundred times the representatives of different sports managed their responsibilities competently and quickly. Then the tests were directed to the accredited WADA laboratory of Anti-Doping Centre of the Federal State Unitary Enterprise in Moscow (Russia).

– According to FIAS Executive Director Sergey Tabakov taking the doping-test is the requirement of the International Olympic Committee and it is absolutely supported and abided by FIAS. Today there are almost no situations in SAMBO associated with doping abuse that is why all the sportsmen who underwent the doping tests felt quite confident. But we have to watch thoroughly that SAMBO competitions would be held in future in equal and fair contest.

The results of the doping tests of the World Championship 2012 will come to knowledge in the nearest future. As usually the work of the members of the anti-doping laboratories “seems to be invisible at first sight”. Once they find, however, the prohibited preparation in the biotest of any sportsman, the consequences of such “findings” become very serious. As mentioned above, SAMBO is not famous for juicy scandals of such type. Let’s touch wood…