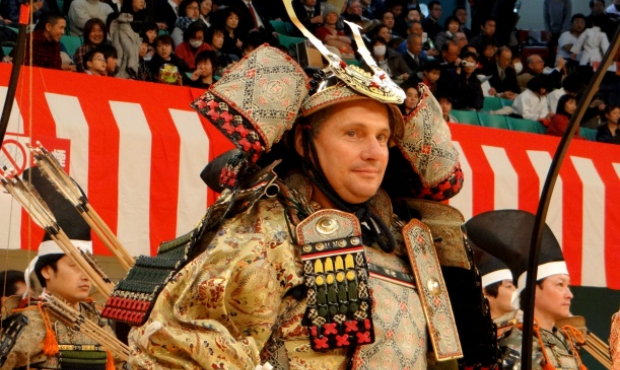 The opening ceremony of the Russian-Japanese exchanges in the field of martial arts was held at Budokan, the main arena of Japan, Tokyo. A series of sports activities between two countries, which will take place over the next 12 months, has started. Two of them, namely the World Sambo Championship, as well as a visit of Budokan martial arts association fighters to Moscow, were named the main events of the year of bilateral exchanges.

It was stated by Grigory Kabelsky, Director of the Department of Development of summer sports and coordination of preparation for the World Football Championship, in his interview with Itar-Tass. He also mentioned the Sambo World Championship held in Japan: "In general, this is our national sport, to which we pay a lot of attention, - said Grigory Kabelsky. – However, we want it to be developed throughout the world, and we want it to become an Olympic sport."

The main Sambo tournament will be held in Narita, Japan, in November. In the same month a momentous event will be held in Moscow, in which Japanese athletes will participate: "In November about 200 Budokan representatives will arrive in Russia with demonstrations, - said Grigory Kabelsky. - About 5 thousand Russian spectators will be able to see them."

"The year of bilateral exchanges in the field of martial arts has become an unprecedented event in the history of the Russian-Japanese sports cooperation", - highlighted he, speaking to the audience. Mr. Kabelsky noted that all joint activities in the framework of the year "will help both improve the skills of our athletes, and popularize corresponding sports in our country and throughout the world."

The improvement of skills of the officials and promotion of martial arts were started right at the opening ceremony. Dressed in the battle armor of Japanese warriors, both representatives of the Japanese side and the Russian delegation participated in an ancient ritual held before the performance on the battlefield. There were also demonstrations from nine areas of modern martial arts. In addition, the audience was shown symbolism of the year of bilateral exchanges. The logo created by Japanese Otake Tomomi has the heart shape, the contours of which are formed with figures of Japanese and Russian masters of martial arts.

The discussion of the details of the beginning of the year of bilateral exchanges, as well as the World Sambo Championship has been continued today at the meeting attended by Nobuyuki Asai, member of the executive committee of the International Sambo Federation; Grigory Kabelsky, Director of the Department of Development of summer sports and coordination of preparation for the World Football Championship; Ramil Gabbassov, Executive Director of the Russian Martial Arts Union (RMAU); and Artur Avetisyan, Adviser and Deputy Executive Director of the RMAU.

As stated by Grigory Kabelsky the year of the Russian-Japanese exchanges will "provide further impetus to the development of martial arts" in two countries. "I think this year will be really productive not only for us, but for our Japanese colleagues too," - said he.

We learn about the progress of the Japanese sambo athletes thanks to the bilateral exchanges on the main start of the season ‑ the November World Championship in Narita.