Digest of the week: the British All England Open, Colombian cooperation with NOC and Russian national team in combat SAMBO 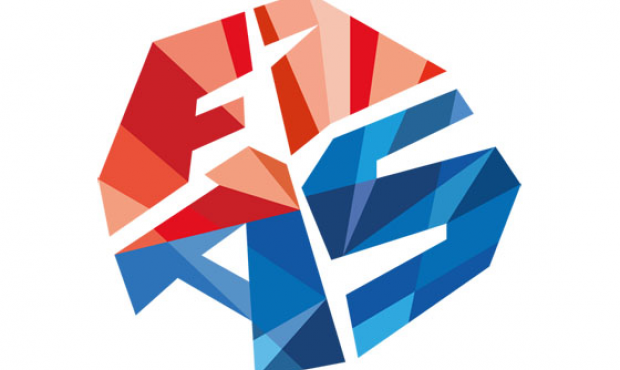 Great Britain is preparing for “All England Open”, the tournament in sport and combat SAMBO, SAMBO Federation and National Olympic Committee of the country in Columbia determine the general strategy on cooperation and Russia has formed national teams in combat SAMBO to participate in the World and European Championships. SAMBO news from around the world – in the digest of FIAS web-site.

According to the website www.britishsombo.co.uk. competitions in sport and combat SAMBO All England Open will be held on the nearest Sunday, 10th of March in Great Britain Athletes of different age, men and women, boys and girls, as well as masters will participate in the tournament. The tournament is open to all SAMBO federations and associations and their members of the British SAMBO Federation. Foreign participants should have access authorisation by the members of their national federation in the International SAMBO Federation. Also note that in addition to March tournament All England Open in Sittingbourne, British SAMBO Federation holds two more major annual Championships: the British Open Championship in Bedford (in June) and the Scottish Open Championship in Dumfries (in July).

Colombia is a country where Pan-American SAMBO Championship was held last year. Cali is the third largest city of Colombia, it became the capital of the continental SAMBO for the 5 days in September 2012. Then the Colombian SAMBO athletes took the second team place with 4 gold and 10 silver medals, giving the way to the athletes from Venezuela. Certainly, holding the central tournament of the Pan-American continent at home gave an additional impulse to the development and advancement of SAMBO in the country. Important is the fact that the Colombian SAMBO fans did not rest on their laurels. Both at the official level and in the sports field, they continue their inspired and hard work.

Let’s start with the official affairs: last week in Bogota, Mr. Omar Tamayo Lauper, the President of the Colombian SAMBO Federation, met the representatives of the National Olympic Committee of Columbia. The meeting at the highest sport level touched the plans of cooperation of the Olympic Committee and Federation. One of the preliminary results is agreement of the working calendar of the Colombian SAMBO Federation for 2013.

And the preparation in the new year among athletes and coaches is taking its course, as the main principle of a sports training is the principle of consistency. And Vladimir Dutov, FIAS specialist, who is in Pan-America, has been adhering to the principal clearly and constantly for the second year. It is him who helps the Pan-American athletes to gain the best possible competition form as soon as possible. At the moment Vladimir is preparing for helding the advanced training of national experts in the center of the highest training.

It is worth noting that Vladimir was welcomed in a good part by the athletes, sports authorities, and even members of the press, what will undoubtedly have an impact on the sports results of its wards. As a matter of fact SAMBO is also those human relationships that are cottoned up in the process of cooperation. Of course working in SAMBO and for SAMBO would be not only boring but also ineffective without such relations.

According to www.eurosambo.com, following the results of the Russian Championship in combat SAMBO held in Gubkin (Belgorod region), national teams which will participate in the World and European Championships in 2013 were formed. All the winners of the Russian Championship were given the right to defend the honour of the country in the national team at the World Cup this year, which will be held in St. Petersburg (Russia) in November 21 - 25. Anatoliy Stishak (52 kg), Aleksei Ebechekov (57 kg), Imran Javadov (62 kg), Ruslan Gasankhanov (up to 68 kg), Shamil Gasankhanov (up to 74 kg), Murad Kerimov (82 kg), Vyacheslav Vasilevsky (90 kg), Vadim Nemkov (up to 100 kg), Kirill Sidelnikov (over 100 kg) were the best in their weight categories at the competitions in Gubkin.

Silver medal winners of the Russian Championship became part of the national team which will participate in the European Championship in 2013 in the Italian city of Crema, in May, 17 - 21. Thus, the Russian team will be represented by: Amyr Bakrasov (up to 52 kg), Ali Bagautinov (up to 57 kg), Uzair Labazanov (up to 62 kg), Arthur Tarkhatov (up to 68 kg), Alexander Panov (up to 74 kg), Dmitry Samoilov (up to 82 kg), Magomed Magomedov (up to 90 kg), Maxim Futin (up to 100 kg), Denis Goltsov (over 100 kg). The competing for getting into the national team was very serious, Russian Championship gathered 213 participants from 44 regions representing all federal districts of the country, Moscow and St. Petersburg.

Men will start fighting for medals in sport SAMBO as early as on Thursday, 7th of March, in Khabarovsk. It is expected that more than 350 SAMBO athletes from all over the country will participate in the tournament. The national Russian team will be formed following the results of the tournament.