More opinions, impressions and emotions of the 1st day finalists of the World Sambo Students Cup in Limassol 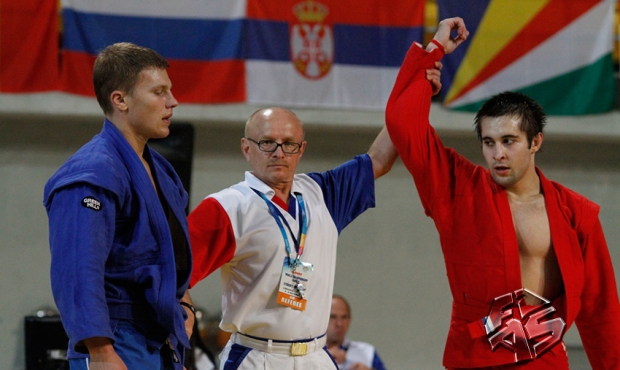 Yesterday you were told about some champions of the 1st day of the World Sambo Students Cup competitions. Today the yesterday's report will be continued with emotions and impressions of those who have lost their finals yesterday, as well as opinions of coaches and team representatives on the tournament. 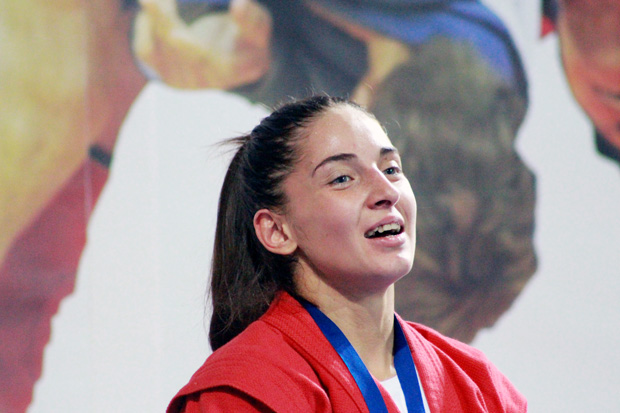 “Emotional charge left for the final was insufficient”

Maria Molchanova from Russia, who took the 2nd place in the weight category below 52 kg, said that she was lacking emotional charge for the decisive combat. “I am really upset with the defeat. I was leading in terms of points, but the below 52 kg category is not my weight. I usually fight in the below 48 kg category, but this year I won the national championship and reached the global championship in this weight. I was slightly lacking the power, because my weight is only 50 kg. For me it was emotionally very difficult to face the defeat in the Japanese final, and it took a while for me to recover. Here at Cyprus, I got the silver medal again. It seems I’ve already been lacking emotional charge for the Limassol tournament”, she commented on her final combat. 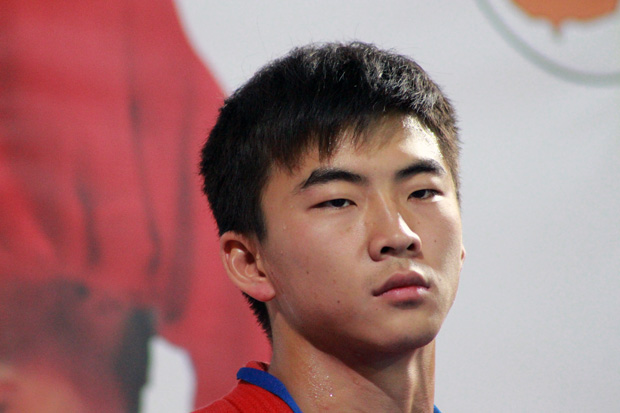 “I was willing to win the golden medal, but not at the cost of an injury to the rival”

Arthur Te from Kyrgyzstan, who yesterday won in the weight category below 68 kg, said that he had been willing to succeed on the arena, but not at the cost of the injury of Vladimir Balykov from Russia at the 1st minute of the combat. “I practice sambo for 14 years already, from the 1st year of school. Previously I won in 2011 at the world junior competition in Riga, and last year I won the bronze medal at the Universiade in Kazan. I already met Vladimir several times before, and lost the combats. At the world cup in Limassol I was willing to take revenge. It's a real pity for me that Vladimir got injured in the final. He is a very good athlete, and I was planning to win, but definitely not in such a way”.

“Walter Baccinelli made a nice surprise”

The president of the Italian Sambo Federation and head coach of the national team Roberto Ferraris noted that the silver medal of Walter Baccinelli (weight category below 57 kg) had happened to be a pleasant surprise: “I was expecting a medal today, but from another athlete — in the weight category below 82 kg. However, in the quarterfinal Miceli Alessio lost in a stiff fight, although the result of the combat was 4:4. But I am really glad with the surprise made by Walter Baccinelli. I have been training the group of athletes aged 20-22 for quite a long time, and the main focus is on painful leg locks. Walter started to practice sambo after some years of judo. He is from Como, and at the Italian championship he won the bronze medal in the weight category below 62 kg. At the World Sambo Students Cup Italy was represented by 2 athletes only, thus one medal is a good result”.

The President of the Cyprus Sambo Federation Marios Andreou is glad with the results of the 1st day of the World Sambo Students Cup. “Today the Cypriot athlete Maria Psara won the bronze medal in the weight category below 52 kg. I am very glad with her success. She competed at a good level and well deserved the high award. This is a good result for today and a motivation for the future progress. At the same time I am pleased that the 3rd place was taken by Inga Fachiridou. She also trains in my club, but she represents Greece at the competitions. On Monday, four other participants will compete and are also expected to succeed”.

Representative of the Israel national team Gregory Rudelson emphasized that the silver medal won by Vadim Kuzminsky (below 100 kg category), is extremely valuable in terms of sambo promotion in the country. “Vadim's silver medal is a very important success for the national federation,” noted Gregory. “At present the team is trying more to take part in all major international contests and win medals. Vadim met difficult rivals both in the final, and semi-final, and his 2nd place is a good result”.

“I was willing to cancel Baksan's participation in the final due to his sickness, but he refused”

President of the national federation and head coach of Romanian national team Viorel Gâska told that he was willing to cancel participation of Gregory Baksan (below 82 kg category) in the final due to health condition, but the athlete insisted on participation.

“In general, even silver medal is good for us. But today Gregory suddenly felt sick, and asserted the right to take part in the finals having high temperature. It was impossible to break the fever no matter how we tried. I was even planning to cancel his participation in the final, but he insisted, and said “I will fight”. However it was clear that during the decisive combat he was not acting typical for him. But the most important is that he has strong character, which will enable him to achieve much more in the future. We expect our athlete Daniela Hondu to succeed tomorrow”.