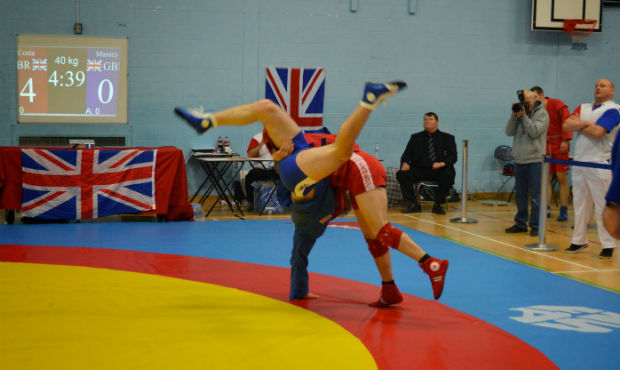 English Bedford becomes a traditional meeting place for sambo wrestlers, who are taking part in the British Open Sambo Championship. This relatively small but charming town has a number of advantages, including a convenient geographical location, first-class airport and luxury hotels. So this time athletes not only from the UK but also from Bulgaria, Ghana, Kazakhstan, Portugal, Russia and France gathered in Bedford. The struggle for medals was really serious...

Very young participants who fought in the junior categories, as well as experienced athletes in the “adult” sambo took part in the competition. Both men and women wanted to see who was stronger. We should also pay particular attention to combat sambo. This is a new sport for Great Britain, so the local beginners sometimes felt insecure when met with skilled fighters from other countries. However, this is the only way to gain invaluable experience.

“It was a great championship, on which we were able to see good quality sambo, probably the best one we have ever seen at the British Open. In addition, we managed to see the progress of the British combat sambo. But the most important is the friendly atmosphere that has prevailed in the tournament for many years”, - Martin Clark summed up.