Kyrgyzstan Sambo Federation was recognized the best at year-end 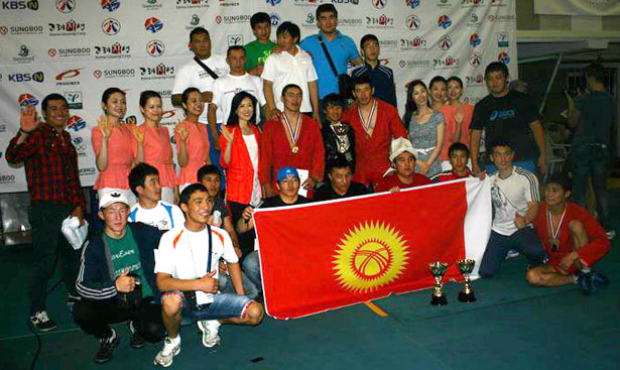 The Kyrgyzstan Sambo Federation was recognized The Best Federation of the Year in its country. This was announced by the State Agency for Physical Culture and Sports of Kyrgyzstan at the traditional Olymbic ball. The determination was performed according to results of sportsmen’s participation in different international and national competitions in 2013. Along with the strongest federations, the best sportsmen, coaches, and judges were chosen. Representatives of Kyrgyzstan sambo were among them.

The national team was also awarded with medals at the Youth World Championship in October 2013 in Thessaloniki, Greece: two silver medals and one bronze medal. Participating in the largest forum, the World Championship in November in Saint-Petersburg, athletes from Kyrgyzstan met the strongest competition to win two bronze medals in combat sambo. These medals were won by Kurmanbek Adil Aluu (82 kg) and Abdynazar Kupuev (68 kg).

“The country’s government is waiting for new victories from you, which inspire our nation. We are bound to be successful!” said the Head the State Agency for Physical Culture and Sports of Kyrgyzstan Murat Saralinov at the winners’ honouring ceremony. The Sambo Federation of Kyrgyzstan is surely aimed at holding the bar high and reaching the highest results in 2014.