FIAS at the 82th AIPS Congress in Lausanne 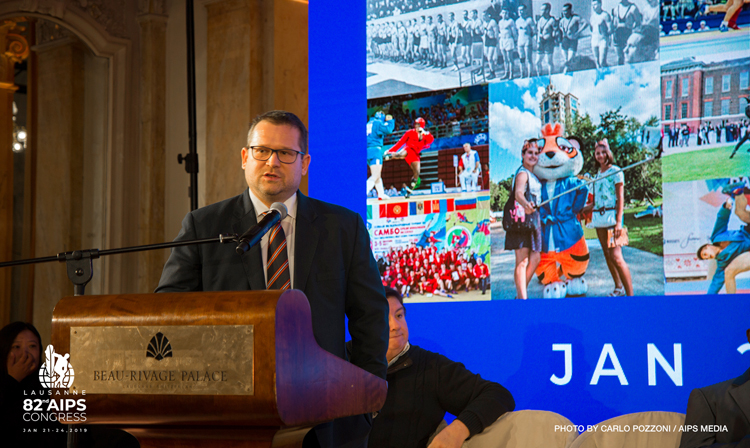 The 82nd AIPS Congress, the annual gathering of the international sports press, national association members and guests was held from January 21-24, 2019, at the Beau Rivage Palace Hotel in Lausanne. International SAMBO Federation was represented and had opportunity introduce last year achievements and 2019 projects, including the major events.

Along with important discussions on the ever-changing face of sports journalism, with continental and executive meetings and input from journalists from over 100 nations, the inaugural edition of 2019 AIPS Sport Media Awards ceremony was held. 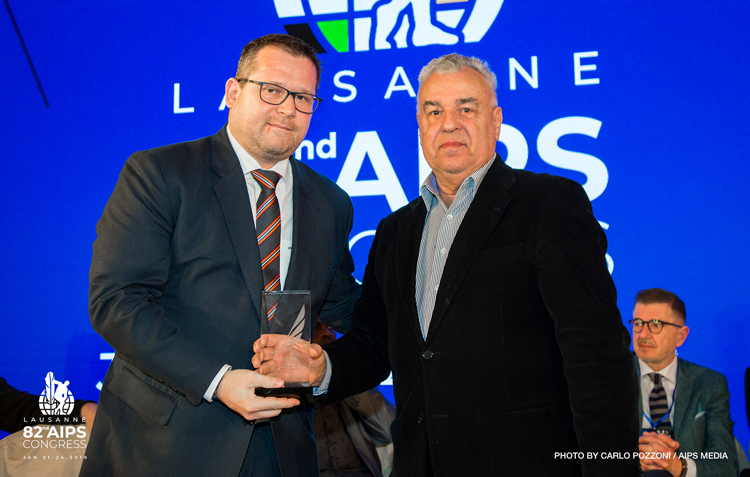 The Awards Ceremony celebrates excellence in sports journalism on a worldwide scale, as the award winners across 10 categories were revealed in the presence of the public of sport, of seasoned media professionals, sporting legends and journalists of future generations.