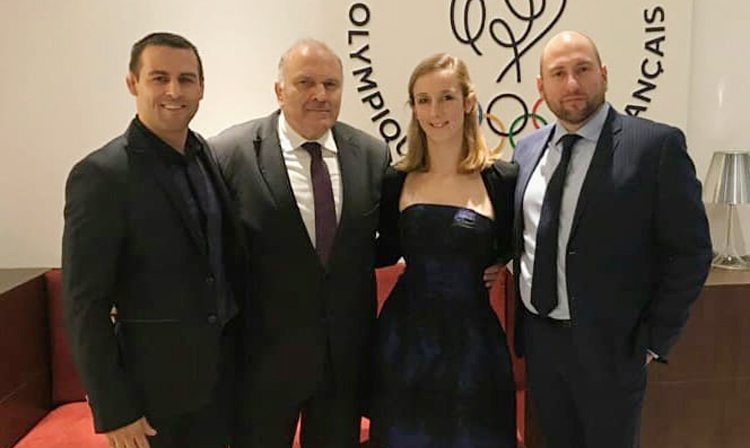 The meeting took place on Thursday, December 20th, 2018 at the headquarters of the French National Olympic and Sports Committee (CNOSF).

This meeting had several objectives: to implement SAMBO and the French SAMBO Committee to the Olympic and Sports movement; to present Laure FOURNIER, a recent world champion in sports Sambo; to consider the news relating to the provisional recognition of the International SAMBO Federation from the International Olympic Committee (IOC) and its consequences for the national SAMBO; to prepare the 2nd European Games, which will take place from 22 to 23 June 2019 in Minsk (Belarus).

At the end of the meeting the following French Sambo athletes were awarded 2018 Champions Trophies:

Ashley BRETON, nominated in the female category Revelation of the Year;

Arthur ROCHE, nominated in the male category Revelation of the year;

Laura MESTRE, nominated in the category best woman of the year;

Maximilien VALLOT, nominated in the category best man of the year;

Laure FOURNIER, nominated in the sports category of the year;

Louis LAURENT, nominated in the sports category of the year.