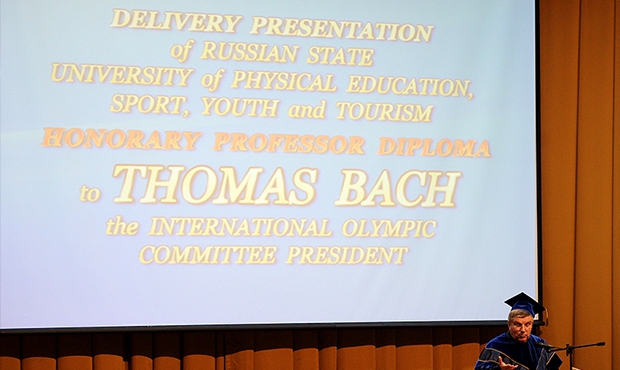 The International Olympic Committee Head, Thomas Bach was awarded with the Honorary Professor Diploma of the Russian State University of Physical Education, Sport, Youth and Tourism (SCOLIPE) in Moscow. In our today’s report you’ll find out about the Sambo Management and FIAS Presentation Group participation in today’s event, as well as about Thomas Bach and Yana Kostenko selfie.

The International Olympic Committee Head, Thomas Bach has come to Moscow on the occasion of the 80th anniversary of Vitaliy Smirnov, the honorary President of the Russian National Olympic Committee, the IOC member, the Presidential Council of the Russian Federation for Physical Training and Sports member. The Russian State University of Physical Education, Sport, Youth and Tourism, from which Vitaliy Smirnov has graduated with honors, became the venue of the IOC Head, his wife and colleagues visit to Moscow. 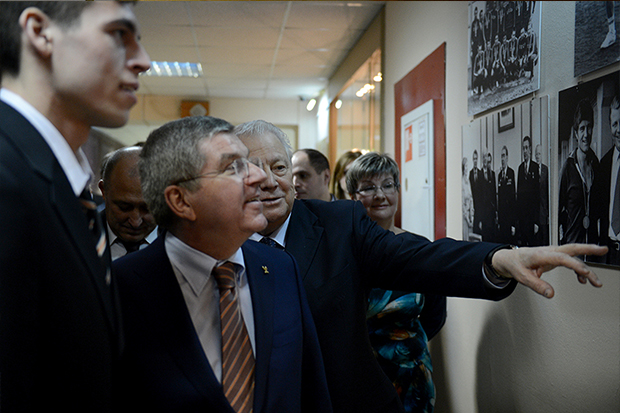 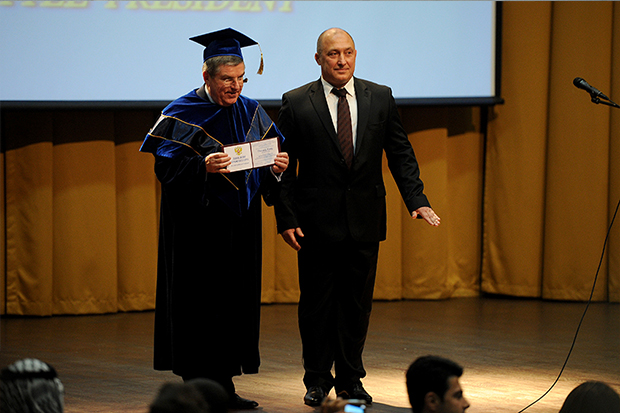 In his acceptance speech Thomas Bach highlighted the important role of sport in the modern world and recognized the substantial contribution of sportsmen, former and current SCOLIPE students, coaches, management and professors of the University into development and promotion of sports ideals in the world. 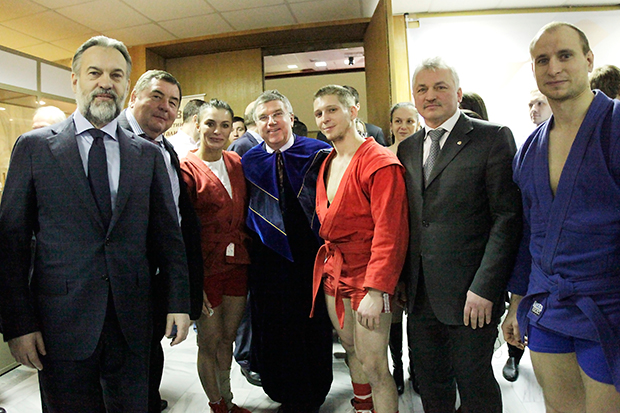 The FIAS Presentation Group (Ivan Morozov, Aleksandr Perepeluk and two-times World Champion Yana Kostenko) participated in the opening of the event presentation part. Yana has shared her emotions and impressions on the event with FIAS website: “When Thomas Bach came out of the events hall after the ceremony I asked him in German (Yana has studied in Germany for one year) to take photos with sambo athletes. We took very good photos: the IOC Head, the FIAS Management and sambo athletes. Mr. Bach was surprised with me speaking German and asked where I’d learnt this language. I told him and I also added that all our sambo family was looking forward to Olympic recognition of sambo. “Maybe, maybe”, - the IOC Head answered. And, of course, I asked to take a selfie with him. He agreed, and in the end of our conversation he gave me the badge of the International Olympic Committee. I was full of emotions, because it was Thomas Bach himself, the Head of the World Olympic Movement!” 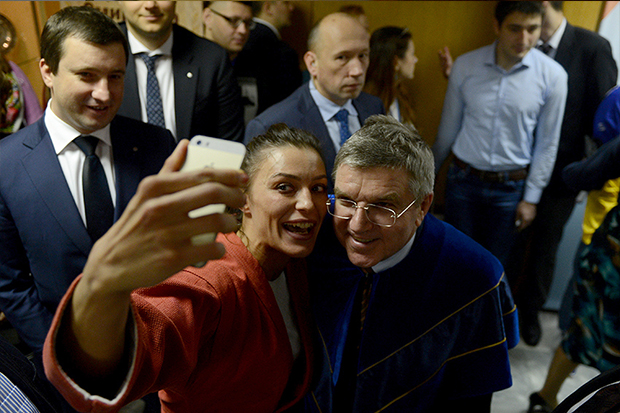 During the informal part of the event Vasiliy Shestakov and the FIAS Management had a dialogue with Thomas Bach and gave him Sambo Kurtka as a souvenir, and congratulated Vitaliy Smirnov with his anniversary celebrated on February 14. 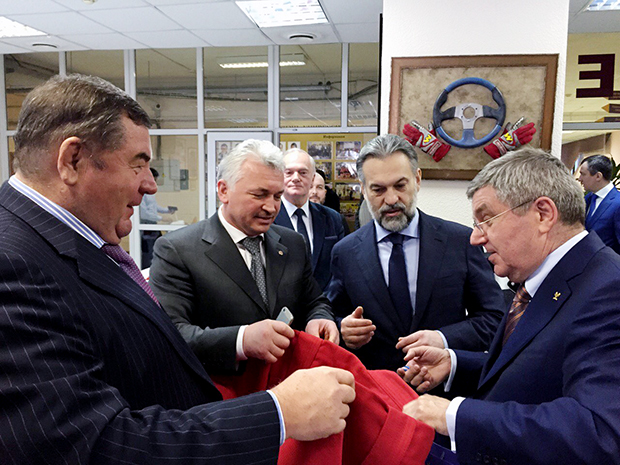 At the end of the events Vasiliy Shestakov noted: “I am sure that the visit of the IOC Head will be marked in the sports history. In my opinion, Thomas Bach’s visit to SCOLIPE is the recognition of the immense contribution of the Russian University into sport development and promotion. I liked the performance of our sambo athletes during the event. They’ve been the best, as always. And informal conversation of Thomas Bach and two-times World Champion, Yana Kostenko was very warm and kind. Yana acted as an “ambassador” of sambo. I think that FIAS requires this type of people, who will promote the ideals of our sport into the world”. 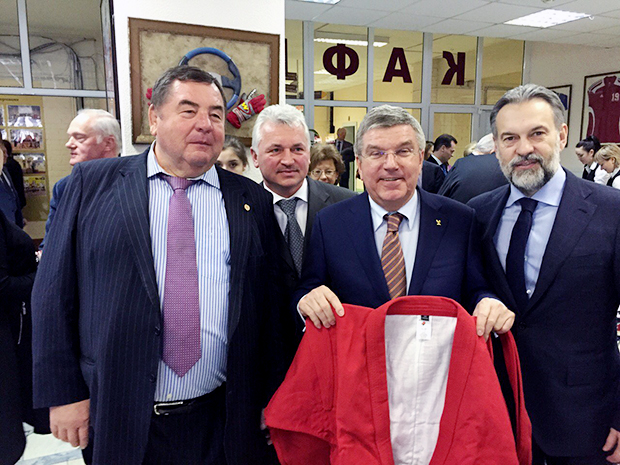