II President's Sambo Cup in Manchester: news about the format of the tournament and its participants 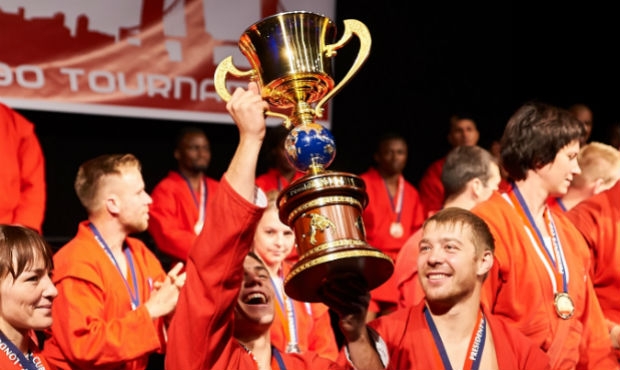 In September 2014 for the first time in history the President’s Cup was held in London. Since then the tournament has become a tradition and the United Kingdom is gathering the strongest masters of the world sambo once again. This time the competition will take place in Manchester.

This year, 8 teams will compete for the President's Cup. As before, the participants include the founders of this sport, the Russian team, the hosts of the tournament, the team of Great Britain, as well as two teams of the Commonwealth. The teams of France, Bulgaria, Italy and Spain will join them. Each team will consist of 7 sambists. Men will compete in weight categories 62, 68, 74, 82 and 90 kg, for women it will be 60 and 68 kg.

The Manchester´s coat of arms includes a bee that symbolizes the ability of local residents to "work as hard as a bee" and also have a good rest. Last year, the viewers were entertained by a Scottish bagpipe band, and this year the organizers promised to please all the spectators and guests of the tournament with new surprises. What are they talking about? It is still a mystery that will necessarily be disclosed on September 26.

Manchester is familiar to the fans as the city of two football teams of the Premier League. But it is famous not only for its football. One of the most modern velodromes in the world was built here, also Manchester can boast some of the highest sports results in various disciplines.

Now let’s talk about the tournament. Its main task is to promote sambo in the world with the help of new, creative and innovative solutions related to the format of the tournament. The main thing that the organizers emphasize is the entertainment activities and original marketing solutions. The president of the Sambo Association of the British Commonwealth, a member of the organizing committee of the competition, Michael Parker, told us about one of them:

"Within the President's Cup we plan to hold a demonstration tournament in combat sambo «BRITISH COMBAT SAMBO GRAND SLAM». The tournament will be held in the open weight category, eight sambists will take part in it. Two of them will be representatives of the United Kingdom, and the remaining six will be selected based on the world rankings. Athletes will compete for the "championship belt" and a check for a large sum, which we, the organizers of the Cup, are not yet disclosing. The process of selecting candidates for the «BRITISH COMBAT SAMBO GRAND SLAM» will complete immediately after the end of the European Championship in May".

As for the team selection, Spain and the UK have already determined the composition of the teams in the national championships, and the teams of Bulgaria, Russia and France have yet to do so after the European Sambo Championship´s start on May 15.

In September 2014 the President´s Cup was attended by the UK, Russia, Belarus, Kazakhstan, Azerbaijan and the countries of the Commonwealth (Africa and America). In the final, the Russians won a unique, cup crafted by jewelers of Saint Petersburg. In the battle for 1st place they won over the UK team with a score of 7:2. The third place went to the teams of Belarus and the Commonwealth´s Africa.