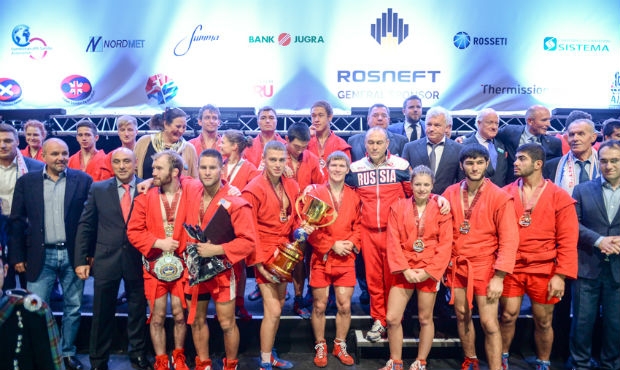 The III President's Sambo Cup in Edinburgh was held yesterday at the "Meadowbank" arena with great success. The general sponsor of the President's Cup in the capital of Scotland was “Rosneft”. The main information partner of the event was the Russian news agency TASS. Other information partners of the tournament were The International Sports Press Association (AIPS) and “Rossiyskaya Gazeta”.

Six teams took part in the III President's Cup. According to the draw they were divided into two subgroups. In the first one were the Russians, the winners of the two previous cups, the French team, bronze medalist of the Cup last year, as well as the organizers of the tournament, the Scots; and the second subgroup brought together the Dutch, the Spanish and the Italian.

As a result of the "all-round" fighting in each of the subgroups the Russian and the Dutch have qualified for the finals. The success of the Dutch became a minor sensation because they took part in the tournament for the first time. Frankly, the attempt at a fight in the first subgroup failed. The Russians, being the founders and trendsetters in sambo, had a clear victory with a total score of 7:0, defeating first the French, then the Scots. The Dutch won over the Italians with a score of 5:2 and then the Spanish with the score of 6:1.

In the battle for the bronze of the prestigious Cup the French met with the Scots, while the Italians opposed the Spanish. As a result of an intense struggle the bronze went to the representatives of the country of fashion, and Italy. The former defeated the hosts of the tournament with a score of 7:0. 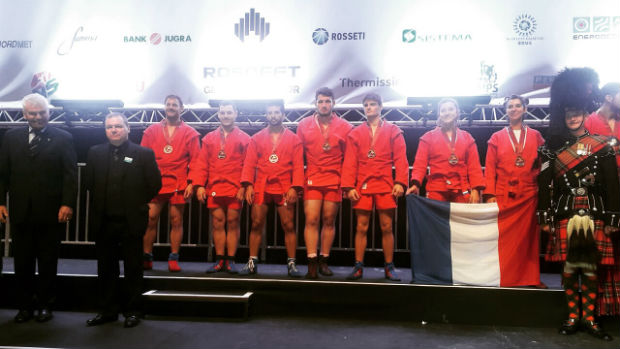 The latter won over the Spaniards with a score of 6:1. 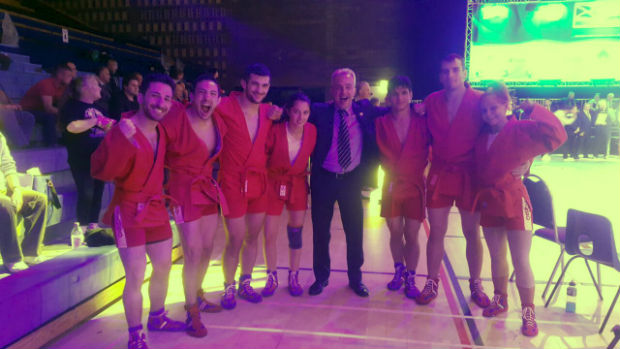 The final was dictated by the Russians; they dominated in all the meetings and defeated their partners ahead of schedule. In the final bout though, Arsen Simiyan in the weight category of 90 kg lost to his opponent from Holland with a minimum score of 2:0. In the opening match in the weight category of 62 kg Aymergen Atkunov also won beforehand. It took him only 25 seconds to carry out a throw for 1 point and an armbar. Then, the initiative was caught by his teammate Ilya Khlybov (68 kg) who during the opening of the meeting had pleased spectators with a chic throw by the leg for 4 points. But it was clear that Ilya wanted to make a throw, and not just a clear, but an effective one. It did happen: 1 minute and 30 seconds before the end of the match he made a beautiful and amplitude throw across the back staying in a stand, thereby winning a clear victory in the final game. 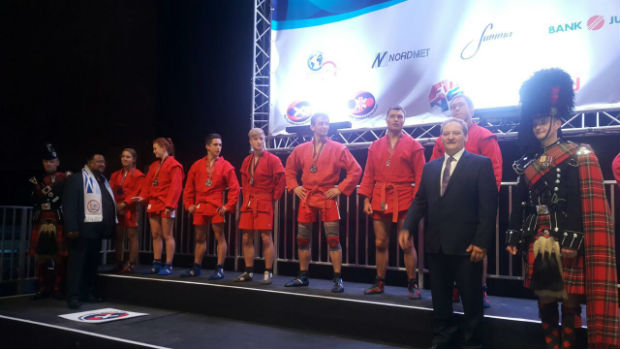 Nikita Kletskov (74 kg) continued the win-win way of the Russian team in the final. His duel he also managed to win clean and ahead of schedule. After earning 3 points for throws, after one of them (a throw over the head), he rapidly pursued his opponent on the ground, where he eventually made the victorious hold. In the weight category of 82 kg Oleg Babgoev has needed just a minute to win, he made a great grape-vine, followed victoriously by a pursuing on the ground, finishing with an armbar.

Next came the turn of the girls. With a total score of 6:1 in the weight category of 52 kg Natalia Cherentsova won with a series of throws; and Maria Kozlova (56 kg) won her 4 points for throws and, despite the Dutch’s desperate attempts to win, also won her bout with a final score of 4:0. Thus, the Russians, with the final score of 6:1, won for the third time in the history of the prestigious President’s Cup, which will fly together with the team to Russia. 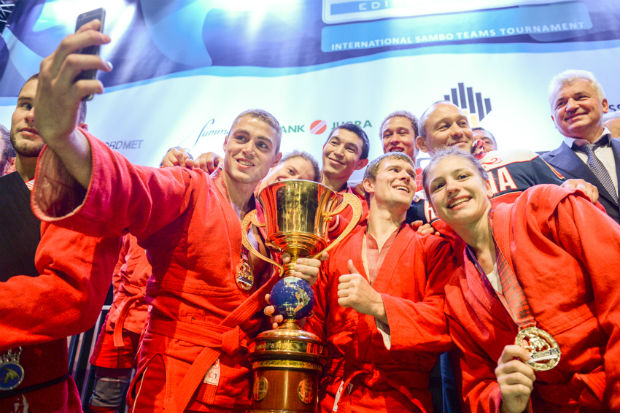 As for combat sambo, the so-called British Grand Slam in Combat Sambo, 4 weight categories took part in it: 62, 74, 82 and 90 kg. Last year the format of the tournament was different, combat sambo wrestlers fought in only one weight category - 100 kg. But this tournament has attracted great interest among the audience, so this year the organizers have decided to extend it. The drawing of the prize was attended by athletes from Trinidad and Tobago, United States, Australia, Slovenia, Great Britain, France, Russia, Poland and Aruba.

The owners of the beautiful championship belts of the British Sambo Grand Slam in Edinburgh became:

[Photogallery] The III President's Sambo Cup in Edinburgh
Share
Blog
Recent photos
Latest news
Recent videos
Latest news
Follow latest news You are subscribed!
Thank you! Your confirmation email has been sent to your email.
This website uses cookies to ensure you get the best experience on our website More info Got it!