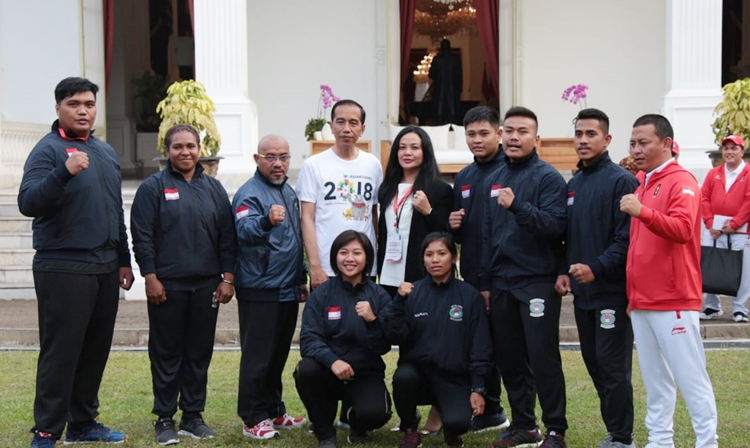 Indonesian President Joko Vidodo invited the athletes of the national team, including the national SAMBO team, to the Presidential Palace. Sukma Every Lisa Suryadi, Secretary General of Indonesia SAMBO Federation, who also participated in the ceremony, said that the head of state wished athletes to perform well at the Asian Games and expressed confidence that the national team of Indonesia will be able to enter the top ten countries at the end of the tournament.

Asian Games are held every four years among athletes from all Asian countries. Games are held under the auspices of the Olympic Council of Asia (OCA) and are regulated by the supervision of the International Olympic Committee (IOC). In 2019, SAMBO will debut in the program of the Asian Games, which will be held in Indonesia. The SAMBO tournament will be held from August 31 to September 1 in Jakarta.