SAMBO competition calendar in 2013: the year to come, what is it bearing? 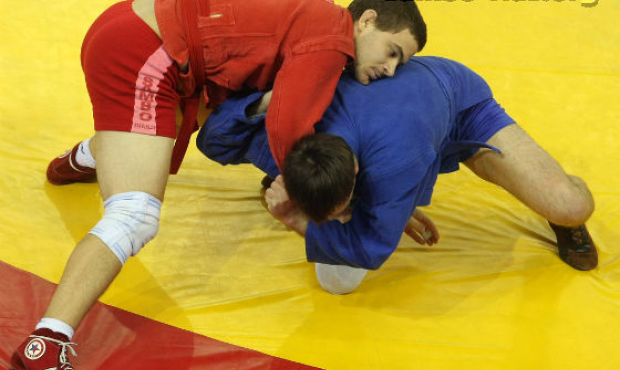 A New Year is a time when miracles and dreams come true. It is not infrequent that we take it as an opportunity to start a new life. For many it is such a large scale “Monday” coming of which, as if by magic, transforms the long-awaited changes from the field of dreams into the sphere of implementation. And here it is our plans, not blinking like a mirage in the desert but waiting with open arms on the doorstep of our own house. We want the coming year, the year of success, victories and achievements, to become such a “Monday” for all SAMBO fans.

One of the main arenas where SAMBO fans are waiting for changes is undoubtedly SAMBO competitions. Moreover, it is an arena for a victory not only for their direct participants – athletes and coaches. Organizers and leaders also call for the beauty and brightness of a sporting event, sponsors and journalists need them, fans and spectators are waiting for them.

A kind of “framework”, on which all the work of International, continental and national SAMBO Federations in this direction rests, is the official FIAS competition calendar. It dictates the schedule, pace and rhythm of the SAMBO world. Today we will discuss the trends, changes and updates to the competition calendar-2013.

Wonders of the World

First innovation relates to the stages of SAMBO World Cup, namely their number. Next year it will be equal to the number of wonders of the world and notes in a musical staff – namely seven. For the first time Moroccan Casablanca will accept one of them – in September.

Only 4 stages will pass into the World Cup: Kazakhstani – a stage of the World Cup for the prizes of the President of the Republic of Kazakhstan Nursultan Nazarbayev, Russian – “A.Kharlampiev Memorial”; Venezuelan – “A. Astakhov Memorial”, Moroccan – African Open Championship. Thus the initiative of the International SAMBO Federation on four main stages of the World Cup on four continents in 2013 will be implemented.

SAMBO is a kind of sports where kids start training as early as at the age of 5-6. And certainly by 15 not only children but also their parents and coaches who invest time and strength in their children and wards want to hear the sound of medals won and enjoy the first international victories. In this regard for the first time in history in 2012 on the initiative of the European SAMBO Federation an open European SAMBO Championship among cadets (boys and girls of 15-16 years old) was held in Tallinn (Estonia). The competition took place at the highest level and appeared to be in demand among the athletes, coaches and parents of young SAMBO Stars as well as among representatives of the press and sponsors.

Therefore International competitive life for cadets will continue and in 2013 a similar Championship will take place in Riga (Latvia), where in 2011 the World Championship among Youth was successfully held. And in 2014 they are planning to hold the first global forum for athletes of this age group. So we’ve made a conclusion that SAMBO only is growing younger, although in 2013 it celebrates its 75th anniversary.

But before the October and November Planetary Championships for youth and adults two more events, no less important for the world of SAMBO, are expected. One of them is the World Summer Universiade in Kazan (Russia) which will be held in July next year. For the first time SAMBO will be included in the program of this event as an additional sports.

For any athlete, participating in the Universiade is a great event of his career. It’s wonderful that with the advent of SAMBO in the future program of the Universiade all SAMBO wrestlers will have the unique opportunity to write their names in the Chronicles of the world sports among students.

SAMBO among students, as well as judo, has received a temporary residence permit in the TATNEFT ARENA Ice Arena that is a home arena of the Russian Ak Bars hockey team for July 2013. It is designed for 10 thousand spectators and we have confidence that all the grand stands of this beautiful arena will be taken during SAMBO competitions.

Our confidence is rooted in early December of the year – the time when a test event of the future Universiade was held in Kazan – the World Cup Tournament in SAMBO among students. The demand in the Cup among students among the spectators, press and television makes us expect a full house in TATNEFT ARENA in 2013.

A few weeks before the World Championship in St. Petersburg there will be held a unique sporting event of the world scale. Namely – II Sport Accord Combat Games which will bring together about 1,500 athletes from 120 countries in the cultural capital of Russia. They will present 15 types of combat sports (5 of them are Olympic).

The event will be held in four arenas of St. Petersburg – in the Ice Arena, the Yubileyny, Petersburgsky and Spartak Sports and Concert Complexes. As usual along with a grand sports show organizers are planning to deploy an extensive cultural program. In the framework of this event the International Congress “Sport, Human, Health” will be held there, the museum of combat sports will work, and the program of the official delegations will reveal to everyone the national characteristics of each Member State of the Games.

At I Combat Games in Beijing (China) in 2010 SAMBO was presented very impressively: SAMBO wrestlers from 35 countries took part in this competition. In SAMBO Motherland in the year of its 75th anniversary the International SAMBO Federation is planning to do everything possible to make SAMBO stand out advisably among the other combat sports again and become a real gem of the Games.

These are perhaps, all the basic features of the “framework” of the future year. It is full of developments and innovations. Surely, there will be difficulties and challenges on the way to these competitions and directly during them. But they will make us stronger, harden character, strengthen the spirit, and thus become the guarantee of our transformation and the onset of a really large scale “Monday” which we are waiting that is namely a happy and joyous New Year.