2013 Kazan: the Student Olympics, which we won’t forget 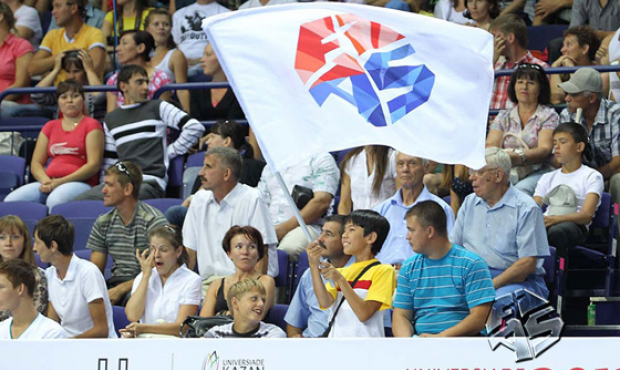 The flame of the XXVII World Summer Universiade in Kazan is extinguished, and we have only a mere memory. Everyone who has touched this Event one way or another, will have his or her own one. But all these memories have one unifying thread. And it consists in the fact that it was not just the Universiade, it was really the Student Olympics. And it’s really nice that for the first time in 75 years of its existence SAMBO not only participated in the Student Olympics, but also proved to be one of the most spectacular and popular sports.

Within a few days after the official Closing Ceremony Kazan is seeing off the Universiade participants. The city has outbreathed and lets itself relax a little, going back to the normal rhythm of life. Of course, everybody here needs a little break, because for more than three years Kazan has been preparing for these unique Games.

During this preparation local people have developed different opinions about the Universiade. Some were strongly dissatisfied with traffic jams on the roads during the construction of interchanges. However, then they didn’t fail to boast the Universiade guests of convenient traffic system in Kazan now – no traffic jams anywhere, even where before it was impossible to imagine the street without them.

Others marveled at high rates of sports facilities construction and a large number of new buildings, wondering what they will need for after the Universiade. And then also proudly showed what modern sports complexes are in Kazan now and described the calendar of major international competitions to the day, which will be held in the capital of Tatarstan in the next 5 years.

Others said that it was necessary to leave the city for the period of the Universiade because many foreign fans and officials would come, because of what security would be overly tightened. But then they barracked with passion and enthusiasm in the stands of the sports complex, tried to get cherished tickets for the events, as well as the Opening and Closing Ceremonies.

There have been and continues to be a lot of the fourth, fifth or sixth – opinions about the Universiade there. However, this event will be remembered by everyone who at least indirectly, but took part in its organization and conduct. In days, months, years to come the locals will tell stories about what athletes they have seen, whom they managed to take a photo with or take an autograph from. And if many years on someone from visitors suddenly asks, pointing to the sports palace, airport, road or any other infrastructure: “When was it built?”, every resident of Kazan will surely say: “This one? In 2013 – when we had the Universiade”.

Still, special memories of the Universiade will be taken away, and even better to say – exported from Kazan to all member countries of the sports event. The athletes and coaches who participated in this festival of sport will take them along with souvenirs. SAMBO athletes also feel special feelings – for the first time in history they were lucky enough to participate in the Universiade, which was missaid and called the Olympics so often by even the most experienced people in sports matters during the 12 days of its conduct.

And how else can we call the competition organized at the highest level? The tournament, that gave a thrill for 11800 athletes from 160 countries of the world? The Universiade, having cut all previously existing records on the number of TV broadcasts on major TV channels? The competition, which hundreds of millions of viewers around the world watched? The event, which Opening and Closing Ceremonies went many of its predecessors better for its beauty and scale? Of course, the Olympics – is the Student Olympics.

SAMBO athletes passed excellently their session in Kazan. Representatives from more than 20 countries around the world got positive grades in the form of medals won to their grade books. This is one of the best indicators of the Universiade among all sports, proving that SAMBO is developing on the planet.

Today, the year of the SAMBO 75th anniversary, the Kazan Universiade was the most prominent competition in this sport. People, dedicated their lives to SAMBO, have constantly talked about it and keep telling. But it is already clear that the International SAMBO Federation isn’t going to be satisfied with what has already been achieved. And it means that we are looking forward to repeating and multiplying of success: further SAMBO entry into the Olympics – and not just the Student one.