“The hosts have prepared really well” 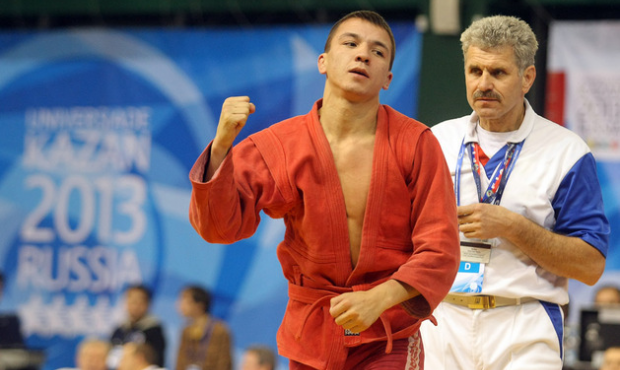 The Kazan “time machine”, fight for the ticket to the Universiade and unforgettable feelings of SAMBO practitioners – the first competition day of the World Cup among Students 2012 has already become history. Who of the sportsmen is already packing bags to the Universiade, how will the SAMBO anniversary celebration be held and what will stay in minds of the spectators and sportsmen for their whole lives – all these issues are in the reporting of the FIAS website from Kazan.

One can easily feel like one is in future in the Kazan of December 2012. Especially when it concerns the SAMBO World Cup among Students. “Kazan 2013” is written over all the sporting facilities, in the hotels and on the clothes of ubiquarian volunteers. Under such serious information attack, one starts to project for 215 day in future whether willing or not, that exactly how many days are left till opening of the Universiade in the capital of Tatarstan.

And if a stander-by feels like that then nothing to say about the participants of the competitions who flung themselves into this amazing atmosphere. Each of them could touch the coming Universiade due to participating in its testing tournament. And all these unforgettable feelings gave incredibly great motivation to the most of them to pass the evaluations for the “Student Olympiad”. 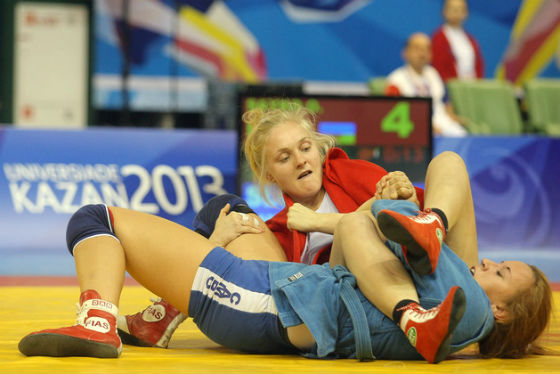 – I am very pleased with my victory and I am happy that I could win at such an important tournament, Grigory Rudelson, a new winner of the golden medal of the Kazan World Cup from Israel, says. – I believe that this victory will become my admission ticket to the Universiade next year. I am going to come back to Kazan and fight for medals again.

Perhaps, the national team of Israel will hold pre-selecting of participants for the Universiade exactly by the results of the World Cup among Students in Kazan, whereas other countries are going to determine the compositions of their teams later. According to Sergey Eliseev, President of the All-Russian and European SAMBO Federation, Russian SAMBO practitioners will fight for the right to participate in the “Student Olympiad” at the Student Cup of the country in January.

Beymbet Kanzhanov, SAMBO practitioner from Kazakhstan, who will take home the gold of the World Cup, also said that everything would be in future. 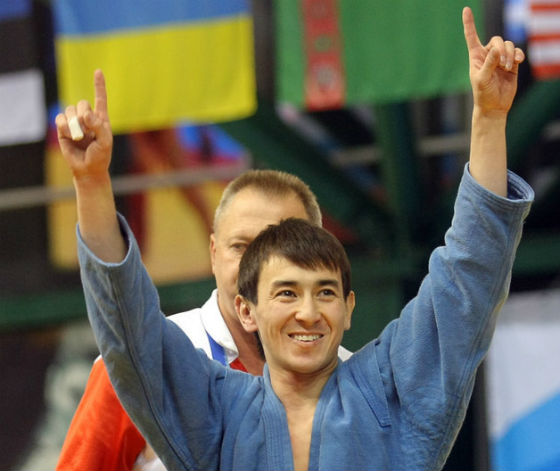 – My medal does not guarantee that I will come to the Universiade, I need yet to fight for the ticket to Kazan. However I’m not thinking about it now, today I am just happy, the sportsman shared.

Not only the champions and winners but also all the people present in Ak Bars Wrestling Palace were in high spirits. This became especially evident during the solemn opening ceremony of the World Cup with presentation of flags of all 40 countries participating in the tournament. 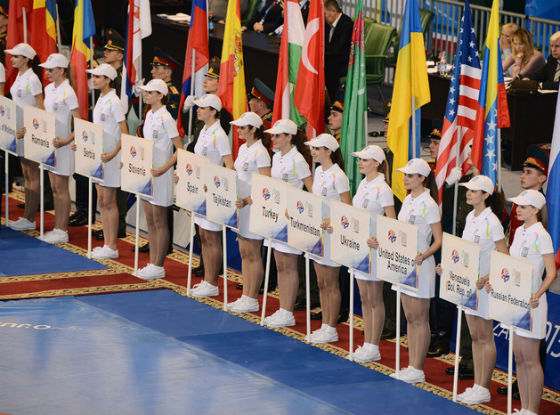 Then performance of the musical and dancing bands in national style allow to become familiar with Tatarstan culture. 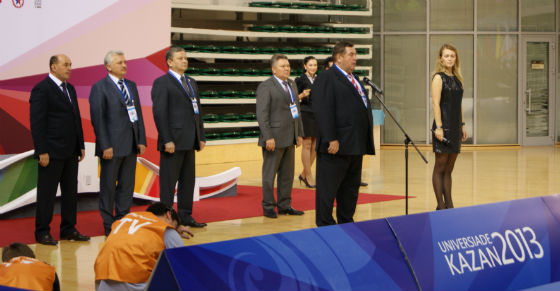 A press conference was held on the eve of the solemn opening ceremony where the organisers shared the information about the tournament with journalists.

– Today we have a momentous event, the testing SAMBO competitions, Vasily Shestakov pointed out. – A great amount of countries came here. I hope even more participants will be at the Universiade in 2013. I would like to thank the hosts, everything is organised magnificently and at the highest professional level. Judging, communication with mass media and security service comply with the international requirements. The hosts have prepared really well. I think that the Universiade will be held at the same high level. 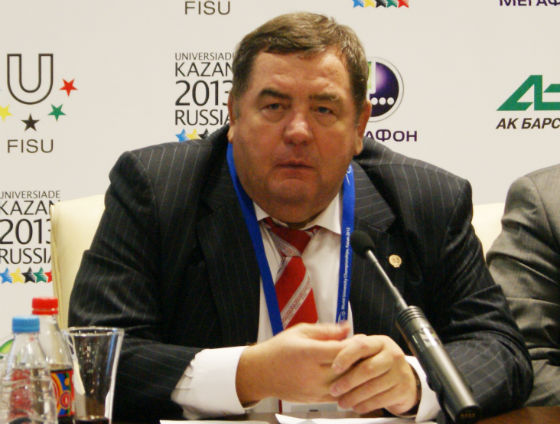 Sergey Eliseev in his turn pointed out that two events coincided. In 2013 SAMBO will be first included into the Universiade programme and will celebrate its anniversary, 75 years from the official birthdate.

– I think a special holiday could be organised at the Universiade due to such occasion, the President of All-Russian and European SAMBO Federation said. 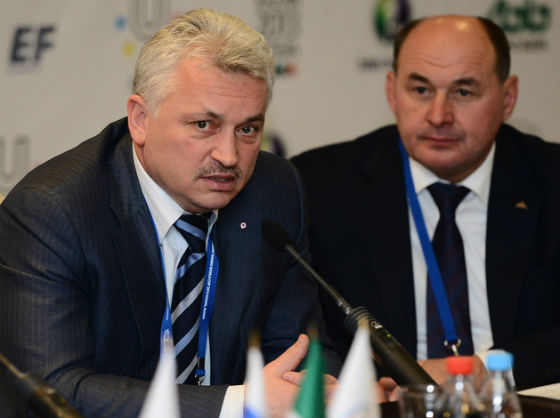 By the way, the Universiade will be a great sports holiday itself. Besides it will be another step toward entrance of SAMBO into the Olympic family. Sergey Tabakov, Director of Technical Commission of the International University Sports Federation (FISU), expressed his opinion on this subject.

– Integration into multisport events is of great importance for SAMBO. We have to meet the IOC and FISU requirements and learn to hold such competitions. It is necessary to eliminate existing difficulties to ensure that everything at the Universiade will pass without a hitch. The spectators and sportsmen have to remember the Universiade in Kazan for all their lives, he pointed out. 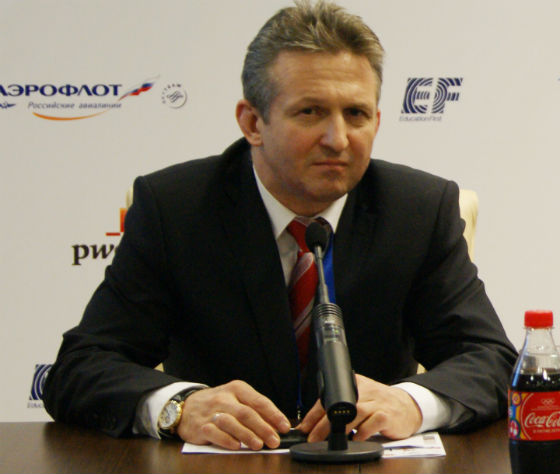 This is how one can unconsciously project into future in the Kazan of December 2012. Sportsmen, trainers, organisers, everybody think and talk about the coming Universiade at the World Cup, its testing competition. But the fans of SAMBO have an opportunity to enjoy the final matches of the second day then and there. Live broadcasting of the decisive matches is available at the link: ONLINE.