The World Sambo Championship for Prizes of the President of the Republic of Kazakhstan Nursultan Nazarbaev: Official Summary and Team Results 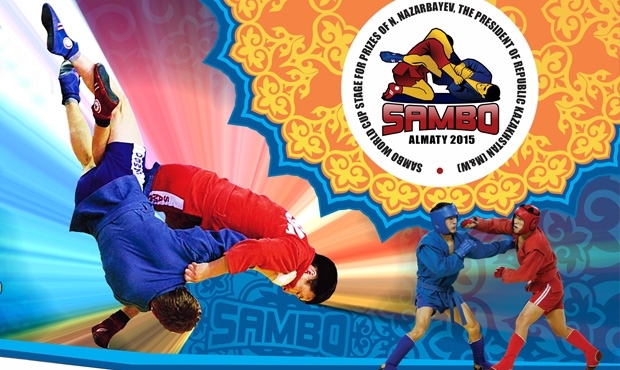 The first official event on this year’s sports calendar of the International Sambo Federation – the World Sambo Championship for Prizes of the President of the Republic of Kazakhstan Nursultan Nazarbaev – has become a legend. Our heroes have won their medals and special prizes, the organizers can finally relax and catch up on their sleep after months of hard work, and athletes and coaches can make conclusions and move forward. Exciting competitions full of victories and defeats, happiness and disappointments are waiting for all of us. Coaches and their teams are already thinking of the future; but in the meantime, we’ve asked several officials to slow their rush forward and remember together with us what the competition in Kazakhstan was all about. 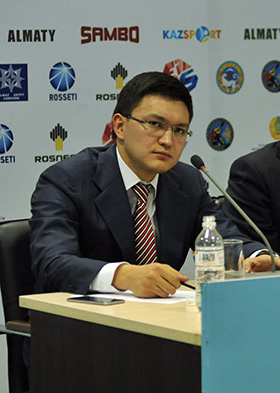 “Most of all, this competition, which we’re holding for the second time, is a show, a performance and a festival for us. It’s an event that will not only help make athletes, trainers and Federation managers happy, but will also attract spectators to the competition and draw in new Sambo fans. And not just fans, but even people who will get involved in it themselves or bring their children or grandchildren to Sambo clubs for lessons. The fact that the Sports Minister of Kazakhstan, Arystanbek Mukhamediuly, attended the competition is a sure sign of recognition for our sport in this country. We had a chance to speak with the minister, who was delighted about Sambo and assure us of support for our favorite martial art from Kazakhstan’s sports authorities. To be honest, we’re already feeling our Federation’s strengths and opportunities to “make a stab” at holding the 2017 World Championship in Astana, and maybe we’ll send FIAS an application in the very near future.” 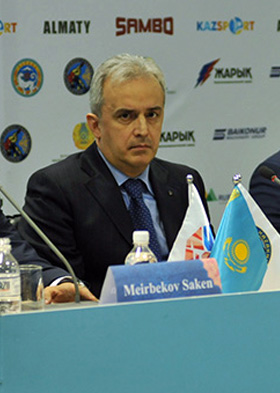 “Three Italian samboists competed in this tournament, and Valeria Raimondi (60 kg class) had the best result. She fought very well, ending just short of the podium (5th place), and lost by only one point to the two-time world champion from Belarus. I hope that with this combat I saw from her today and with still more hard work we can count on a medal at the European Championship in Zagreb. Coming up is the World Championship in Minsk in February and a tournament in Moscow at the end of March, where we’ll have an expanded team competing. That’s important, because FIAS is planning to hold a training camp after this tournament. For Italy, where there aren’t a lot of sparring partners, this is a real opportunity, and we’ll try to take advantage of it. The World Championship in Kazakhstan stands out on the FIAS calendar. That’s because this is the first site this for approving the experimental Sambo rules. I have to say I was less skeptical after this competition. All the changes actually fit in well with the scoring system. There are still some loose ends, but overall I think it’s a huge step forward for Sambo and FIAS.” 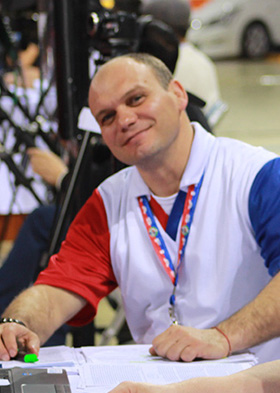 “Two combat samboists – Tikhomir Blagovestov and Martin Marinkov – represented the Bulgarian team at the World Championship in Almaty. As a result, we won a gold and a silver medal. I think that’s outstanding. The thing is, our Sambo team traditionally takes a three-month break from competition after a World Championship. We do physical and functional training, like lifting weights and running. So, of course, the team is a long way from top competition form right now. Technique isn’t quite up to the mark, and the sense of throwing could be better. So I repeat, I’m very satisfied with the results. As a judge, I can say that the new rules have passed the test. There are pros and cons, and supporters and critics, but in terms of progress, we’ve definitely moved forward.”