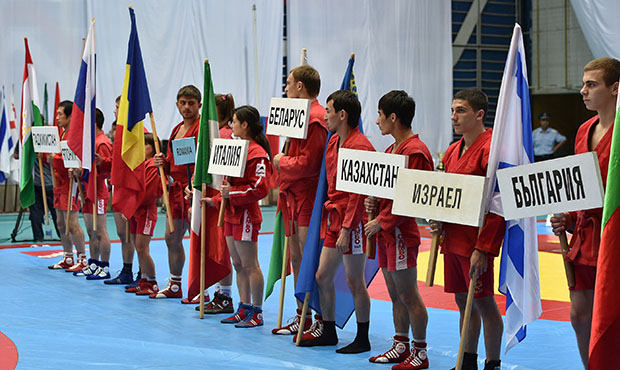 The final World Cup this year has already become history. It took place on September 6–7 in Burgas, Bulgaria. Sambo fans could watch the competitions in real time due to online broadcasting and video news on the FIAS website. Today, you can read the impressions of the participants of the Burgas World Cup. 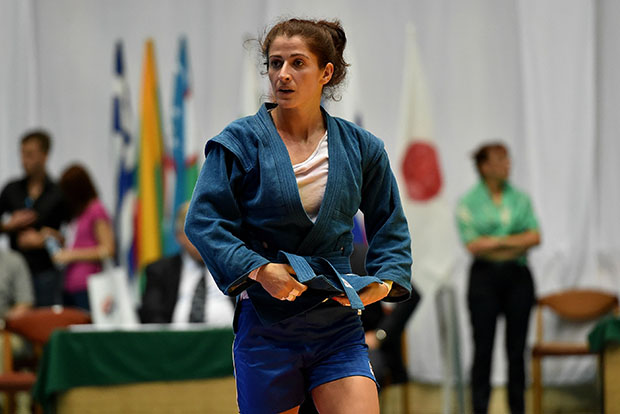 “It’s my second victory at the World Cup stage. I got the first one in January in Almaty. Today's victory allowed me to beat Elena Bondareva by one point in the overall standings of the World Cup and become the winner of the tournament at the year-end. I managed to win in the last seconds, and I still do not fully believe in my victory. However, this is sambo where seconds decide everything. At the end of the fight you can either win or lose. It’s not our first meeting with Lena, we can be called old rivals. We know each other well, and we were both preparing for a new meeting. I was training new movements although at first I could not give-it-all in each stroke. Today I won, but the victory scores are not in my favour yet. I still have something to strive for.” 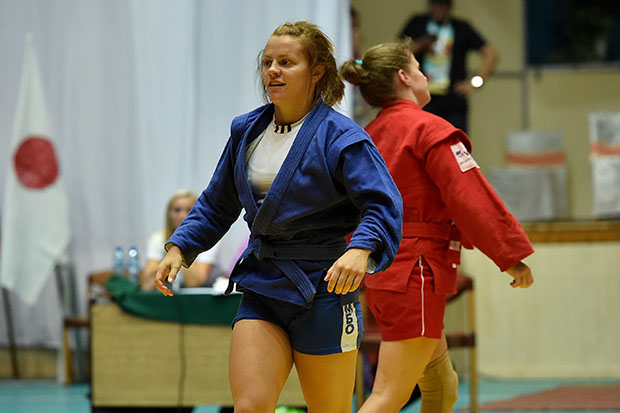 “It’s the first time I got on the podium of the international sambo tournament, and at once on the top step. Formerly, I went in for judo, and this year I decided to change qualification and go in for sambo. I’m certainly pleased with the golden debut so I find it logical to stay in this sport longer. Moreover, Japan will hold the World Sambo Championship where I expect to compete for medals.” 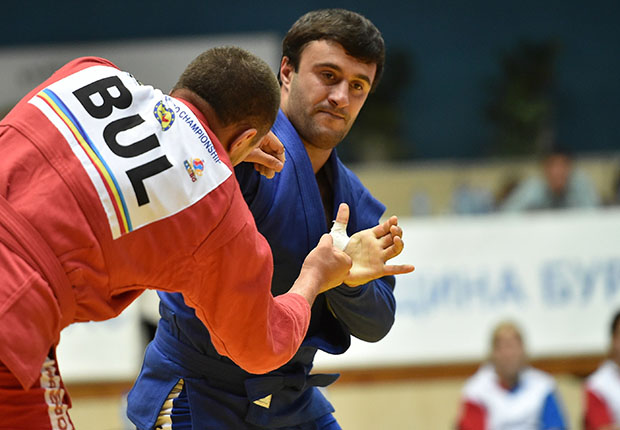 “I cannot assess the rival’s level – if he reached the final of such a prestigious tournament, he must not just passing through. My tactics was to hold hack first, burst up and throw at the right moment since he's a strapping and fierce fellow who uses the judo style more. The proper tactics and the remarks received by him allowed me to beat him. But I did not strain every sinew – I hold the fight by 50–70 %. It was not necessary to strain every sinew. What is my victory at the World Cup stage in succession? I do not count them – they say that if you start to count, you will immediately lose. I'll start to count when I finish my professional career.” 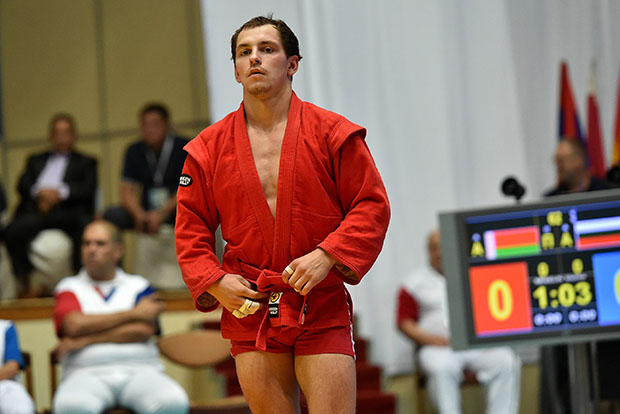 “I had a very good rival who is a multiple winner of World Cups. Despite this fact, we met on the mat for the first time so the outcome of the fight was completely unpredictable. I managed to throw the rival twice and then finished the battle thanks to the right tactics. This World Cup can be called a good rehearsal the day before the main start of the season – the World Championship.” 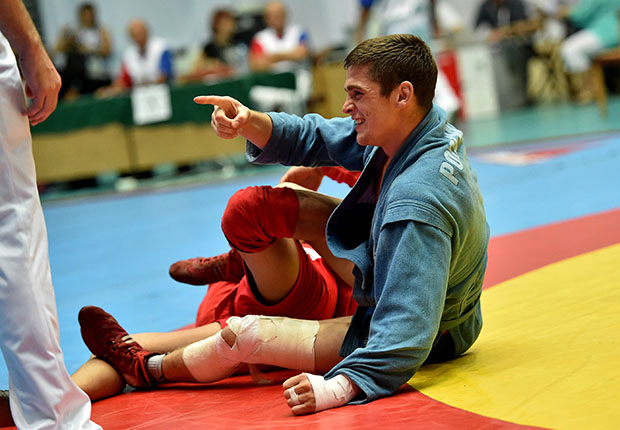 “I am delighted with my victory in Burgas because I had to become only the first here. If I were second, I would not have become the winner of the overall standings of the World Cup. My victory allowed me to come second in the final standings. My rival is left-handed so my tactics was to fight against his left arm. I kept it under constant load, he got a bit tired, I beat him to the stalls and made a painful hold. The team includes the athletes from different regions of Russia, but they are all united and support each fighter. This helps to overcome the situation – I did not almost hear the Bulgarian fans, but only our guys.” 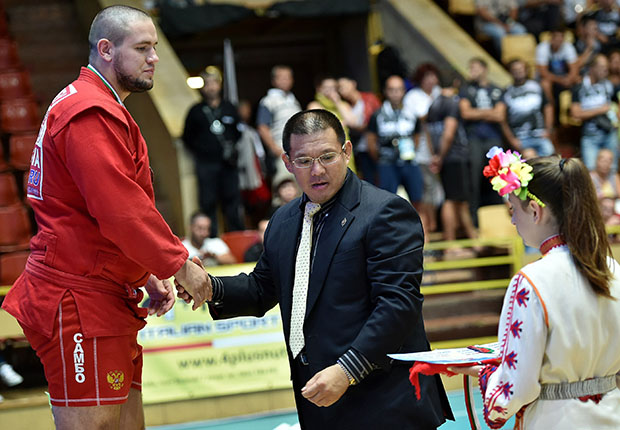 “This start was attended by our young athletes who just only show promises in sambo. It is very difficult for them to withstand the master rivals so far, especially the sports stars from Russia, therefore, we could not get the medals. The regular members of the Japanese team are preparing for the Japan World Championship where we intend to show the worthy level. What do the preparations include? I cannot tell you so far – it's a secret.” 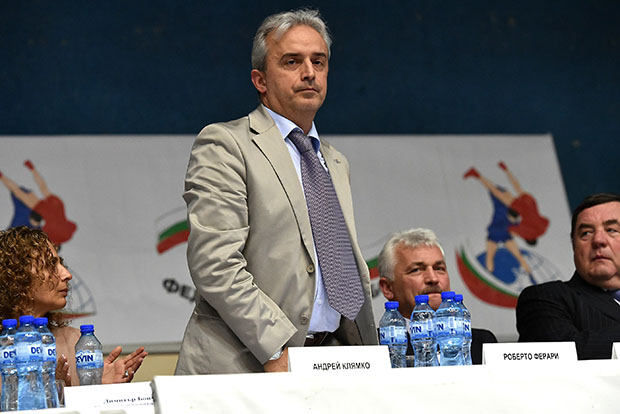 “Holding the World Cup stage in Bulgaria guarantees a high level of the tournament. This country has already hosted numerous major competitions of European and world level – both among adults and youth. Year by year sambo has become more popular in European countries. The continental championship held this year in Bucharest was attended by athletes from 36 countries. And today 10–15 countries, besides Russia, can actually pretend to get the medals of European tournaments. I’m pleased to note that the Italian team added two medals to its medal box in this World Cup. Our athletes who will participate in the Japan World Championship could try themselves in fights with strong rivals. I hope that we’ll also get medals at the planetary forum.”