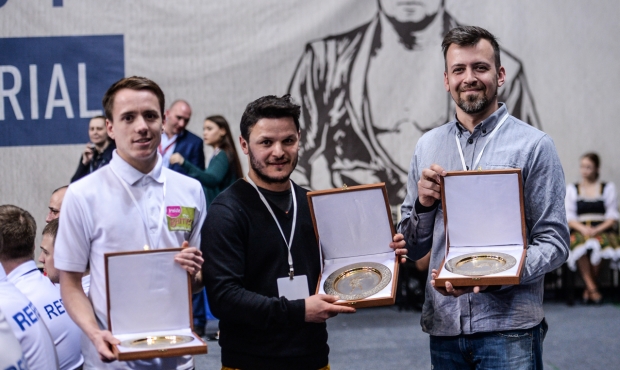 It has become a tradition that at the Moscow World Cup "Kharlampiev Memorial" the International Sambo Federation awards the best journalists in the world according to the FIAS. This year was no exception. On March 25, the first day of the competition, the FIAS’s President Vasily Shestakov named the best representatives of the media telling the world about sambo.

In the category "Best TV reporter" a commemorative award - a silver FIAS plate – went to the French correspondent of EUROSPORT and KOMBAT SPORT Hakim Djelouat. "The best writing journalist" award went to a correspondent of the sports Internet portal №1 in the coverage of Olympic news - insidethegames.biz - Daniel Etchels. And in the category "Best photographer" a well-deserved award was given to the Russian photographer of the international news agency "Russia Today" Eugene Odinokov.