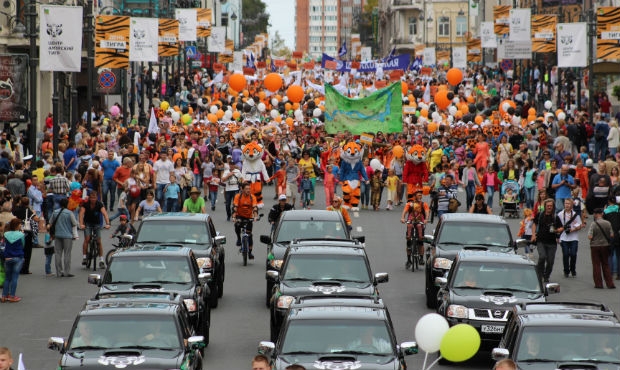 A column of FIAS Sambo wrestlers representing athletes of the Primorye Sambo Federation took part in the costume parade to celebrate the occasion, gave Sport and Combat Sambo demonstrations, and held workshops for residents of Vladivostok.

Vladivostok is honoring the Amur tiger for the 16th year in a row. Local residents have enjoyed the holiday for years, and during this time, they traditionally put aside their business and take to the streets of the city painted in orange and black stripes. FIAS also took part in the event, because the Amur tiger is the Sambo mascot.

The results of the recently completed recount of Amur tigers, which is carried out once every ten years, were especially important for this year's celebration. The results of the "census" were sure to please — the tiger population has stabilized and may reach 540 predators compared to 502 individuals in 2005. This figure is the result of coordinated work of the government, residents of Primorye Territory and the Amur Tiger Center.

Life-size tiger puppets dressed in red, blue and white (beach Sambo) Sambo jackets symbolizing the colors of the Russian flag opened the walking parade, which this year was attended by an unprecedented number of participants (more than 8,000 people). They were followed by a column of Sambo wrestlers from various training centers. 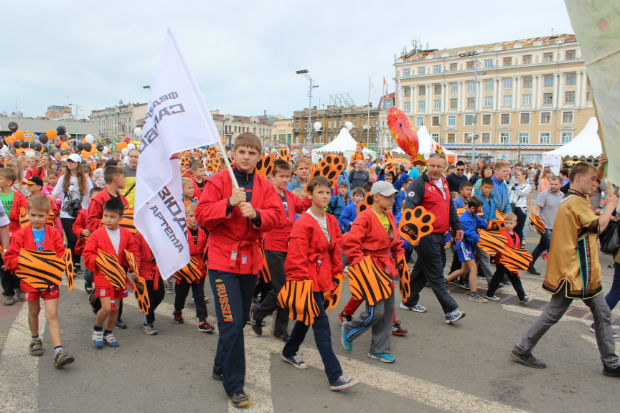 A Sambo area operated for the whole day in the city's main square. Under the direction of coaches from key Sambo schools in Vladivostok, anyone could get to know this sport, learn safe ways of falling and other Sambo basics. Workshop participants received commemorative prizes from FIAS and were able to sign up for classes at one of the Sambo training centers. 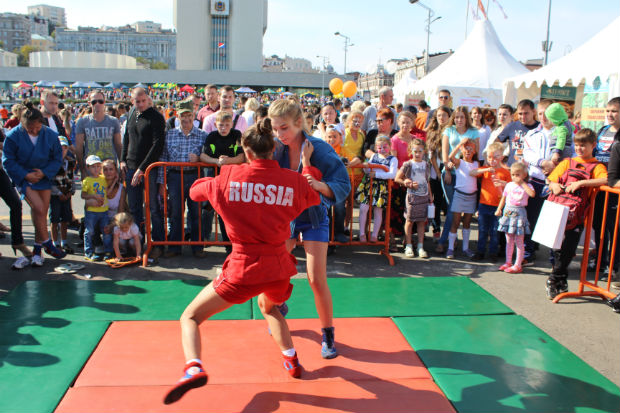 At the end of the celebration, Sambo wrestlers gave demonstrations of Sport (men and women), and Combat Sambo. They were attended by students from the Amazon Sports Training Center and the Master Sports Club. 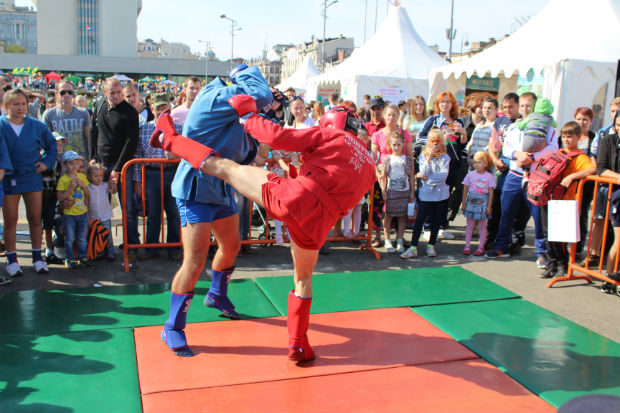 "We're pleased that FIAS and our other partners took part in one of Russia's most prominent environmental celebrations — Day of the Tiger in Vladivostok," said Aleksandra Vishnevskaya, Acting General Director of the Amur Tiger Center. "FIAS organized demonstrations by professional Sambo wrestlers, as well as workshops, that were the highlight of the holiday. Amurchik the tiger cub created by the Amur Tiger Center became the Sambo mascot and three life-size tiger puppets dressed in white, blue and red Sambo uniforms headed the walking column. This is very symbolic and once again emphasizes the high value we place on cooperation with the International Sambo Federation." 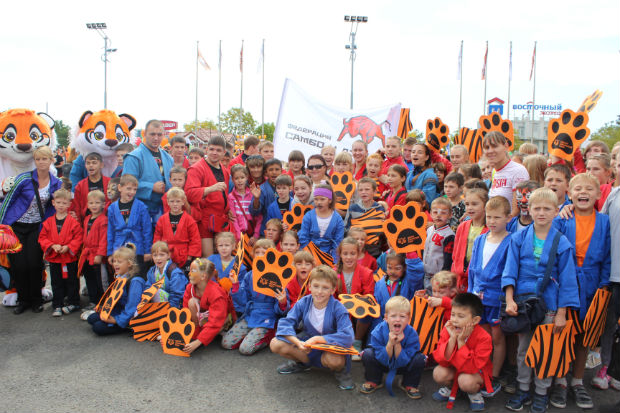 As readers of the FIAS website know, the International Sambo Federation has chosen the Amur tiger, symbolizing honor, peace and strength, as its mascot this year. The Amur Tiger Center and the International Sambo Federation have joined forces to protect the Red Book predator, because Sambo is a martial art that, among other things, teaches people how to stand up for themselves and protect their loved ones. But sometimes we need to protect not only people, but also the wild world. The Amur tiger is a vivid example of this.

FIAS Sambo wrestlers have taken part in other events of the Amur Tiger Center. Combined charitable and sports events, as well as demonstrations, involve the general public in saving tigers, and also provide extra incentive to develop programs to protect animals and the environment.