Morozov and Perepelyuk from America: "FBI and Police Academy Planned for Tomorrow" 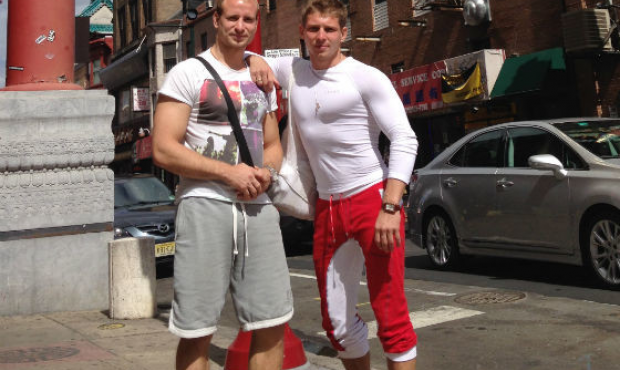 Saturday appeared to be "hot" for Ivan Morozov and Alexander Perepelyuk, the representatives of the group of the International Federation of Sambo, as the guys performed at the Hero Thrill Show. On Sunday, the guys took a break to store up fresh energy for Monday. The new business week will be full of master classes, which they will conduct for the security forces of Philadelphia. Our SAMBO wrestlers will tell about their sources for the repose in another series of their travel notes from Philadelphia.

Philadelphia is among the five largest and most populous cities of the country. The city has the nickname of "The City of Brotherly Love" (the meaning of the name in the Greek language). Earlier, Philadelphia was the capital of the United States. We have found this and some more information on the Internet, but decided not to seat by the computer and started our Sunday morning in Philadelphia from the monument to Rocky Balboa. The history of the monument is interesting. Sylvester Stallone ordered it in 1982 for the filming of Rocky 3. After the release of the movie, Stallone presented the bronze statue to Philadelphia, and the monument was erected near the stairs of the Museum of Art. The trainings of Rocky Balboa were filmed here. It was interesting to see both the monument and the stairs, which became known after the release of the famous film. 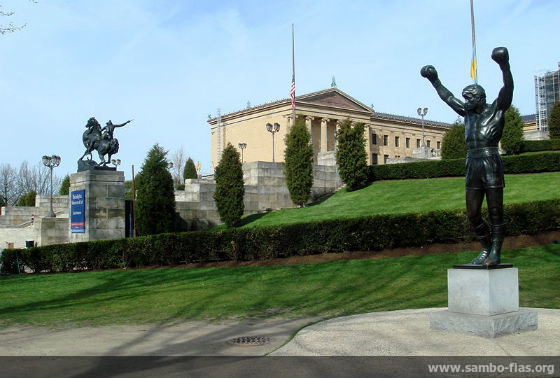 Our improvised city tour continued with the main historical attractions of Philadelphia – Independence Hall. The most important events in the history of the United States took place here. The most important documents for the history of the United States were signed here and those ones changed the life and the world situation. Among the documents are the Declaration of Independence and the U.S. Constitution.

After Independence Hall, we walked along Elfreth's Alley, the oldest street, not only in Philadelphia, but in the United States. There are a lot of picturesque buildings in this amazing street fully paved with cobblestones. All the houses appeared here in the 1730’s. We had unusual feelings as houses seemed fabulous, and this is interesting enough that all of them are inhabited. 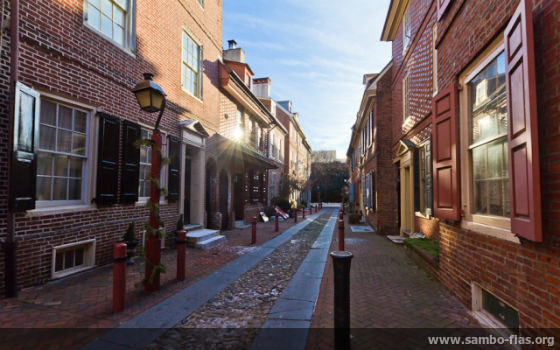 Then we decided to walk across Fairmount Park, the largest city park in America. There we met with Bob Clarke, a friend of Mikhail Kozitsky, who practises SAMBO at Yawara Force club. Bob is an FBI agent, working in the Department of Drug Trafficking Prevention. Very soon our conversation turned from the discussion of the beauties of Philadelphia to a detailed analysis of our plans for Monday. 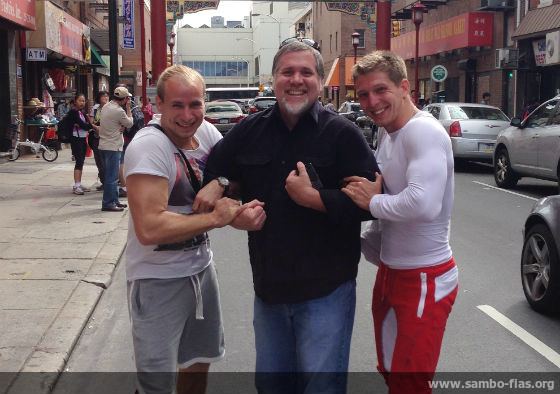 So, September 23 will be held under the motto "The Promotion of SAMBO in Security Forces." At the moment, there are certain agreements and significant work has been done for SAMBO to develop in the U.S. in this area. Our master classes will help consolidate this organizational work. First, we will conduct demonstrations and presentations to the FBI hand-to-hand fighting instructors. Then, a similar programme will be shown to the instructors of Fort Dix Military Base. In the evening we will demonstrate self-defense without weapons to the Philadelphia Police Academy cadets.

In our point of view, SAMBO is perfect martial arts, which could serve as a basis for the preparation of the security forces in all countries of the world. Currently a lot is done in this direction in the U.S. and we hope that our demonstrations and master classes will help SAMBO “settle down” in the security forces of Philadelphia and the United States.

It is interesting enough that in 2015 next World Police and Fire Games will be held in the United States, Fairfax (Virginia). They were already held in the U.S. in 2011. SAMBO has not been included in the programme of this important and exciting multi-sport event yet, but preliminary negotiations are being carried on, and we hope that SAMBO wrestlers will perform in World Police and Fire Games in 2015.

So, as you can see our Sunday was filled with the beauty of Philadelphia and SAMBO plans for the future. And tomorrow we will tell you about our Philadelphia Monday. 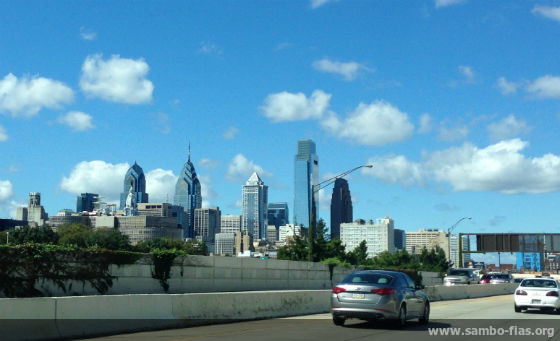