“We are setting our hearts on fighting from the scratch” 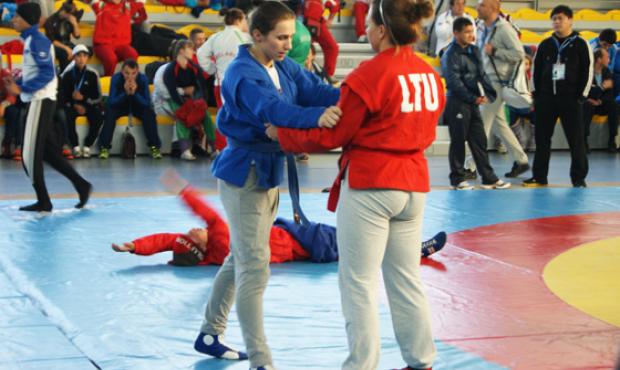 A few hours left before the start of the World SAMBO Championship among Youth in Bulgaria. On 12 October at 10:00 a.m. first bouts will start on the mats of Arena Armeec in Sofia. Visitors of our website will be able to watch them online as well as all the other fights of the tournament due to live broadcast. On the eve of responsible starts, final trainings of SAMBO practitioners were held and the participants of the first competition day were weighed. We offer you to experience the atmosphere of the approaching Championship.

Sofia meets SAMBO practitioners with warm and sunny weather and the beautiful arena. This sports facility is so huge that it is impossible to show it in one picture. Therefore to begin with we represent you its gorgeous “face”. 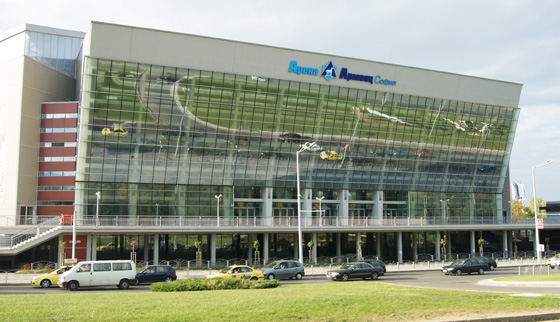 Posters on the perimeter of the building announce that this ultra-modern arena is going to host the event which is not an ordinary one. Bulgarian SAMBO fans probably prearranged the upcoming days so that they can see everything. 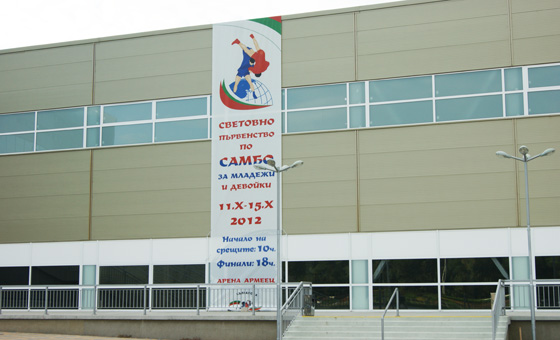 Preparing for the upcoming competitions on the main arena of the sports complex, SAMBO practitioners from all countries are training side-by-side in a training gym. A thorough warm-up, vigorous exercises, throws training – every athlete knows what component should be paid the most attention to. However, training sessions cannot do without coaches hints that lets the athletes to prepare for the tournament really properly. 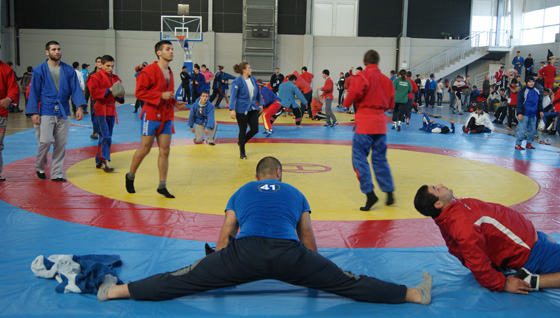 Due to the early arrival his wards had an opportunity to appreciated the Bulgarian capital which pleased them with its clean streets. But most of all the Japanese were impressed by the arena in which competition will be held. Although, they noted that they got even lost in it due to the size of the sports complex. Still it would do no harm to set their hearts on the tournament.

– We’ve set a goal to win at least one medal at the upcoming Championship. It will be a success for us, shared Masashi Yoshizawa.

– And what rival do you consider the most dangerous for you? Who you would not wish to meet with?

– All of them are dangerous, so it’s better not to meet with any of them on the mat, smiled Japanese tutor. After that we felt it’s our duty to take a picture of him together with his wards. 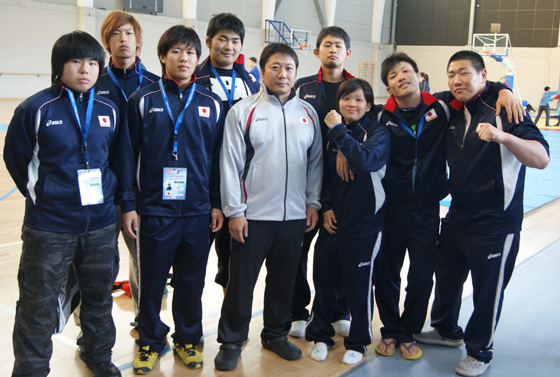 Unlike the Japanese, Lithuanian team arrived down from a mall, straight to the ball.

– We had a heavy road, we rode by bus for two days and arrived just recently, said Eduardas Rudas, President of the Lithuanian SAMBO Federation, in an interview to our site. – Now we will try to recover. It’s good that not all competitions are held on the same day, some children will have more time to recover.

– What are the goals set for the team at the Championship?

– This year we have a good achievement. Our female SAMBO practitioner won “gold” at the European Championship among Youth. But sport is sport, it’s not guaranteed that you become even a runner-up after such a success. So we are setting our hearts on the fight from the scratch. Of course, we would like to bring home a medal... 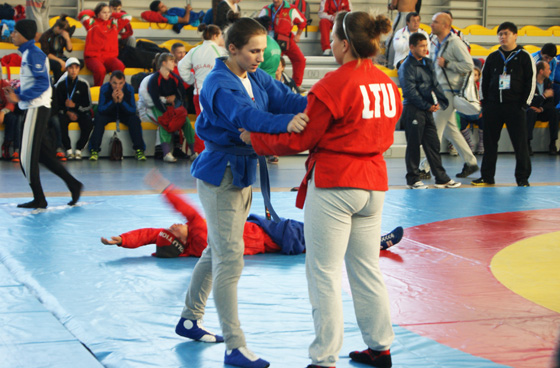 – Japanese team appreciated the cleanliness of Sofia. Have you had time to notice something special?

– We have had no time to examine the sports complex yet not mentioning the city. Although athletes travel a lot, most of the time they spend in gyms. By the way, it would be nice to arrange tours across the city for SAMBO practitioners – at least for those who are not involved in the competition in a certain day...

– A good question to think over for the organisers. For now may you tell some words if not about the city then perhaps about the arena?

– A very worthy arena. I think it corresponds to the level of the Olympic sports.

Let’s hope that SAMBO will become such a sport soon. In the meantime let’s enjoy the Championship among Youth!