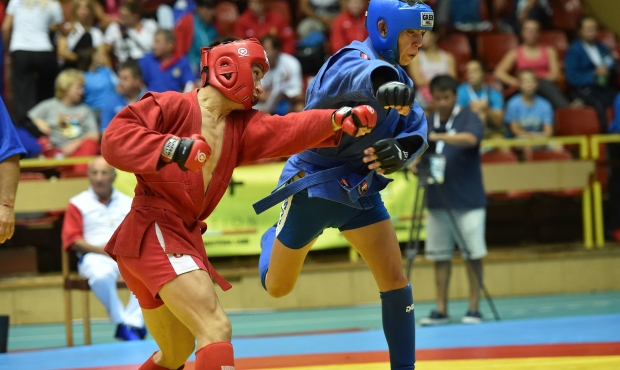 France, Bulgaria and Spain will spend an intense weekend because of the coming sambo tournaments. The residents of these countries who like unarmed self-defense will be able to see numerous exciting live combats. One of the countries will even arrange the world online broadcasting. Read our announcement to learn about the places where combat sambo athletes will meet, the youth will prove themselves, and the sports sambo tournament among men and women will be held.

The Mladost Sports Hall in Burgas which is well-known to many sambo fans because of the last year's World Cup will host the fighting of Bulgarian combat sambo athletes. The Republic Championship will start here on February 28, 10:00. It promises a lot of exciting moments for the audience. The tournament will be attended by the representatives of sports clubs of such cities as Burgas, Sofia, Gorna Oryahovitsa, Pernik, Silistra, Sevlievo, Bankya, and others.

The French Sports Sambo Championship among Youth, Cadets, Boys and Masters will be held on February 28 in Poussan. As has been published on the FIAS website, the French city of Chambery has recently hosted the national sambo championship where young people could try their strength. However, the primary goal of the tournament was to carry out the selection for the European Championship among adults in Croatia. The forthcoming national championship in Poussan, in its turn, will become a national selection for the European Youth Championship to be held in April in Serbia.

On the first day of spring — March 1 — Spain will host the national sports sambo championship among men and women. According to the leaders of the Spanish sambo, the tournament will be broadcast via the Internet channel NOASPORT TV. Competitions will be held on 3 mats. The live broadcast will start at 9:00 Spanish time. You can watch the Spanish championship here:

On Monday, the record of the Spanish Championship will be available at: http://noasports.tv/endiferido