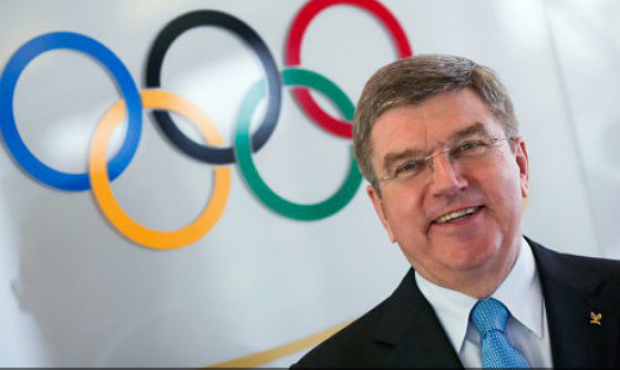 It was understandable from the outset that three key decisions would be made on 125th Session of the International Olympic Committee in Buenos Aires. The decision of preservation of wrestling in the program of Olympic Games, as well as the success of the bid of Tokyo, Japan, to host XXXII summer Olympic Games, is behind in the work of Argentine Session. On Tuesday, on the final day of the Session’s work, the turn of the third important decision of the Session came –on the name of the new IOC President.

None of the candidates won more than a half of votes on the first ballot, so the second ballot was scheduled, in which Wu Ching-Kuo, President of the International Amateur Boxing Association, did not took part, because he dropped out according to the results of the first ballot. After the second ballot Rogge announced that the IOC members elected the new President of the Committee – German Thomas Bach.

Former Olympic champion in foil fencing (Olympiad-1976 in Montreal), Bach was the IOC Vice-President up to the present moment and the favorite of elections. He confidently won in the second ballot. Bach got 49 votes from 93 during voting. His nearest competitor, Richard Carrion from Puerto-Rico, got 29 votes. The following places were taken by: Ser Miang Ng (Singapore) – 6 votes, Denis Oswald (Switzerland) – 5, Sergey Bubka (Ukraine).

After the election Bach thanked everybody, who voted and did not vote for him. He promised to consult interests of all Olympic Family in his activities and conduct dialogue with all people. “My heart and eyes are always open” he said in his complimentary speech. New IOC President thanked Jacques Rogge for the left excellent heritage.

In the nearest future Bach is planning to visit Sochi, where Winter Olympic Games will be held in 2014. It will be recalled that the IOC president is elected by secret ballot for a term of eight years with the opportunity to extend powers for four years.

The election of Alexander Zhukov, President of Russian Olympic Committee, in the IOC members is also an important today news. When commenting this appointment, Vasiliy Shestakov, Head of the International Sambo Federation, expressed his hope that Alexander Zhukov would lobby recognition of SAMBO as olympic sport.

– I am very happy that the fourth representative of Russia appeared in the IOC, Shestakov said to journalists. According to the FIAS President “results of voting are remarkable because we came up with USA on the number of representatives in this organisation”.

– Of course, personally, I expect from Alexander Zhukov that he will support the International Sambo Federation and will lobby recognition of SAMBO as olympic sport, - continued Vasiliy Shestakov. He admitted that it is early to predict a correct term, when it may be. “But we hope on 2020 year in Japan. Japanese do not have their own sports, so the inclusion of SAMBO in the Olympic program will be very beneficial for them”, Vasiliy Shestakov said.

He reminded that Japanese sportsmen got two gold medals in the Universiade in Kazan, and in Olympiad in their country they might get much more awards.