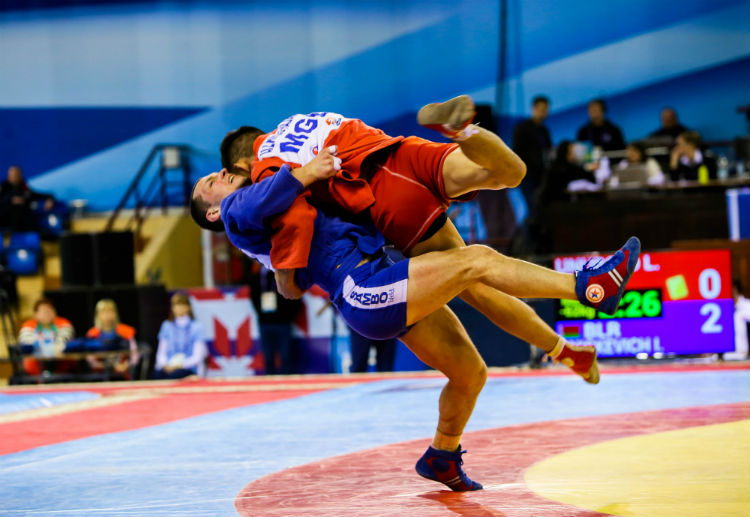 February 22, the first day of the 2019 International SAMBO Tournament for the Prizes of the President of the Republic of Belarus is over. At the Minsk Palace of Sports, sambists from 20 countries competed for 14 sets of medals in sport SAMBO among men and women, as well as in combat SAMBO. The medal winners of the tournament share their emotions and impressions in their interviews to the FIAS website

Anfisa KAPAYEVA (Belarus), a gold medal winner in the up to 48 kg weight category among women: 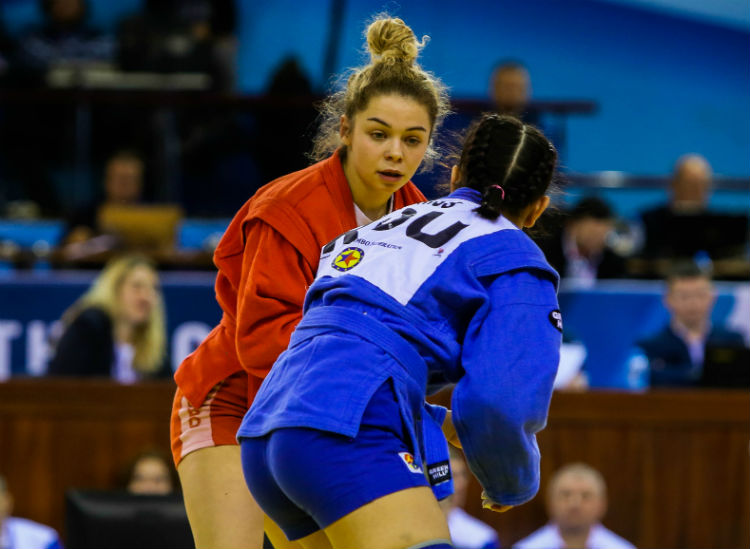 'This is my fourth time participating in the International Tournament for the Prizes of the President of Belarus, and only this time I was able to win the gold. The most difficult thing today was to psych myself up for the struggle in order to perform well in front of the home public. We've got a very good support from the stands.

Nonetheless, all the fights were hard for me, I was seriously preparing for each of them, and the final one proved to be the most important Yet, this victory does not mean that I has secured a berth at the European Games, as our national team is still in the stage of formation. Several major international starts are coming up, and it is by their results that the senior coach will select the sambists to represent our country at the Games. Certainly, I would like to perform at this grand multi-sport forum, especially since Belarus hosts the Games.

Although today's tournament has the status of the test event, so far I have not been able to feel the atmosphere that is anticipated from the European Games themselves. I think the degree of responsibility, motivation, and how our team will approach the real event, all these things will be completely different. I'm sure that all the participants, no matter what sport they represent, will feel themselves in a very special way.'

Narankhuu KHADBAATAR (Mongolia), a gold medal winner in the up to 74 kg weight category among men: 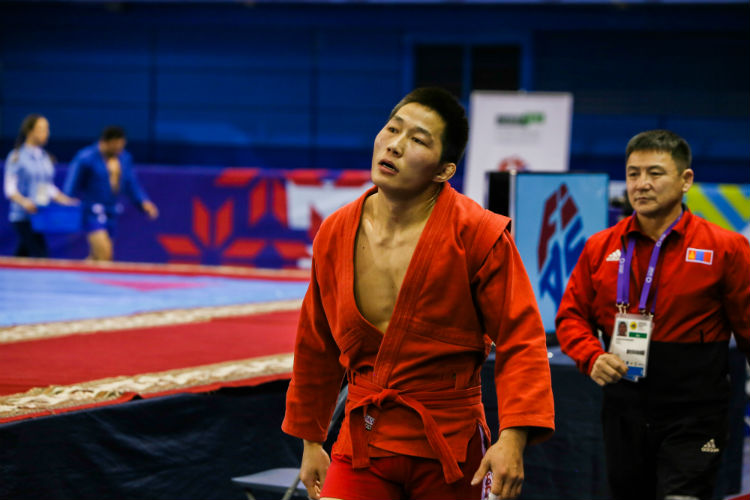 'This is my first international SAMBO tournament. About a month ago, I won the Mongolian SAMBO Championships in my weight category. I came to Minsk to try my strength at a major tournament, to be matched against opponents from various countries. There had been a lot of tough combats, and the participants of the tournament proved to be really strong sambists. Besides, I have never met any of them before, and neither did they meet me. On the one hand, this was my disadvantage, as I could not devise my strategy for a fight, on the other hand, it proved to be my advantage as I could launch a surprise attack by using my favorite techniques. Surely, I was willing to win, but I did not really expect I would be able to do it. I am very happy that I've managed to win the gold medal for my country. Now I'm going to train hard for the next tournaments. For instance, I plan to perform at the Kharlampiev Memorial World Cup in Moscow.'

Daniela POROINEANU (Romania), a gold medal winner in the up to 56 kg weight category among women: 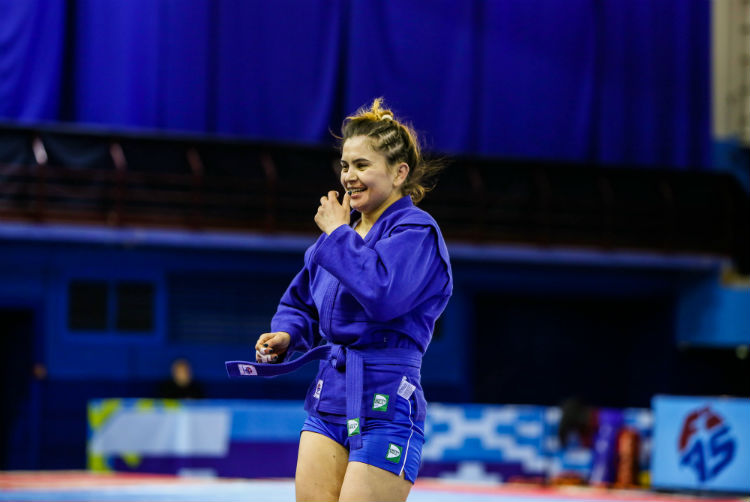 'I am glad that I managed to win the first international tournament of the year. Our team is well prepared: we've taken part in the training camp in Moscow, and then in "Stayki" camp in Belarus, so we move ahead as scheduled. To be honest, our coach said that winning medals at this tournament should not be an end in itself for us. The main thing was to take part in the competitions, to feel the atmosphere of this test tournament, to perform in the hall where the European Games will be held.

Those competitions are in fact our main goal for this year. All other tournaments, including the European SAMBO Championships, are part of the preparation for the Games. So, if you succeed to win medals at the other tournaments, that will be fine. And if you don't, it won't be a disaster. The most important thing is to arrive at the European Games in Minsk at one's peak and to perform there well.'

Yaroslav DAVYDCHUK (Ukraine), a gold medal winner in the up to 90 kg weight category among men: 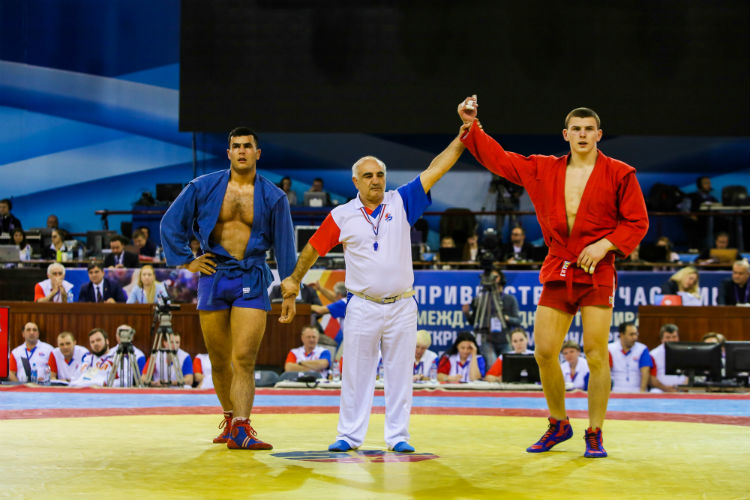 'A lot of very strong opponents gathered here at this tournament and, frankly speaking, I didn’t expect that I could win all my fights and become a champion. A year ago, I participated in this tournament, but then I lost my very first combat to an opponent from Belarus. After that, I drew certain conclusions for myself and, of course, I practiced a lot. I managed to win the finals with a submission hold, as I was planning to do, because I like to fight in par terre.

You know, my principal tournaments are competitions among youth, thus, recently I scored a victory at the Youth Championships of Ukraine in Kherson. In April, I should participate at the European Youth Championships in Cyprus. Whereas here in Minsk, there are a lot of seasoned masters among my opponents. The hardest thing in dealing with them is a proper mental approach, you need to psych up for fighting with an adult athlete. So you think, they are experienced grown-ups, and you are just a rookie greenhorn for them. For example, Paata Ghviniashvili is a World SAMBO Champion, I used to watch his performances on TV, and today I defeated him on the mat. I think if I keep this up, I will confidently join the country's main team.'